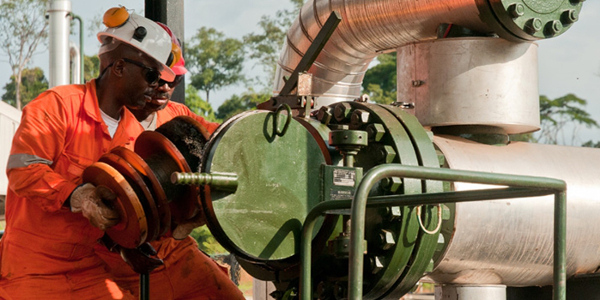 Oil exports are Nigeria’s main source of foreign exchange earnings and the drop in the oil price has resulted in dollar scarcity in the country. Furthermore, last year’s attacks on oil pipelines and facilities in the oil-rich delta region by a new militant group, the Niger Delta Avengers, reduced Nigerian oil production to the lowest in years.

Leading credit ratings agency Moody’s believes Nigeria’s dismal situation could be eased with a focus on increasing oil production – to 2m barrels a day. The country’s 2017 budget has been calculated with an oil production estimate of 2.2 million barrels per day and a benchmark crude oil price of US$42.5 per barrel.

“Oil and gas exports tend to account for over 90% of goods exports and a significant share of fiscal revenue (60-70% prior to the current oil shock),” Moody’s noted in its latest credit analysis.

“A rebound in oil production to 2m barrels per day will, if sustained, enhance economic growth and support the US dollar supply in the economy.”

Key to this would be to address militant activity in the Niger Delta, which Moody’s estimates led to production of up to 1m barrels per day being lost and the oil sector declining by 14% between January and September. However, the agency expects attacks on pipelines and oil facilities to wane this year as payments by the Nigerian government of cash stipends to former militants of the Niger Delta Avengers have resumed. However, the group still remains a threat to the economy’s recovery.

“The history of armed conflict in the Niger Delta has made the exploitation of oil fields uncompetitive, costly and potentially prohibitive. As a result, international oil companies have been eager to sell some of their assets to marginal oil companies run by locals that may better understand the area’s operating risks.”

Moody’s estimates that the oil prices will remain slightly stronger this year (between $40-$60 per barrel) compared to 2016 – which saw the price of Brent Crude fall below $28 in the first month.