When Adam Nelson first visited Kenya in 2010, he saw potential in the country’s technology sector. Young people were spending hours at the Nairobi-based tech co-working space iHub, interesting products and services were being developed and the Silicon Savannah hype was just picking up. 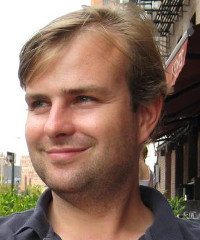 Nelson, who was then running a startup in New York, says that while some of the hype was just hype, “some of it is real”.

“I felt that [Nairobi] was a good place to start a technology startup,” he says.

Nelson eventually relocated to Kenya when his wife, who works for Colombia University and manages projects focused on climate and public health in the region, was able to transition to a Nairobi base. At the same time, Nelson and his co-founders at his startup Yipit had decided to go separate ways.

In Nairobi, Nelson realised that a lot of startups were consumer-oriented. As a US expat, he did not feel competent enough to deploy a consumer-focused startup since he wasn’t a typical Kenyan middle class consumer.

“That to me was a big deficiency and I saw that very clearly people were developing consumer apps, business apps, mobile apps and there was a lot of work going on in the SME sector but there was no way to deploy to the cloud locally.”

Nelson began developing Kili to supply compute power and storage to companies and organisations focused on Africa. The beta version of the public cloud infrastructure is set for launch at the end of January.

“The advantages of a local cloud are that the servers are closer to the end user, the latency is much reduced. The second issue is regulatory. So, if you have financial data or health data you want to be in a country where you understand the regulations.”

He adds that a local cloud service will make payment easier compared to global vendors that require American or European credit cards which is “a big burden” for local organisations.

Kili raised US$100,000 last November. Nelson notes that his experience with technology startups in New York and the connections he has built over the years came in handy in the financing round.

“I find that a lot of startups in Kenya are under funded and it’s a big problem. It’s very typical to get $10,000-$15,000 for startups here and most of the startups fail because it’s not really enough to go for a long time. $100,000 is enough to go for nine to 10 months. It’s enough to have a team that is actually of a global calibre. It’s also enough to buy physical servers and ship them here which is not cheap.”

Nelson says that as various sectors in Kenya, including oil and gas, infrastructure and insurance grow, the demand for local compute and storage services will rise.

“None of them really want to deploy it. They prefer to just pay somebody else to do it at a higher quality. I think there is a lot of room to grow very quickly with the right amount of funding.”

Nelson notes that one of the biggest hurdles he has faced is “the Kenyanisation regime for hiring”.

“The documentation required to hire somebody from abroad… makes Nairobi not really a good place to locate an international or pan-African organisation.”