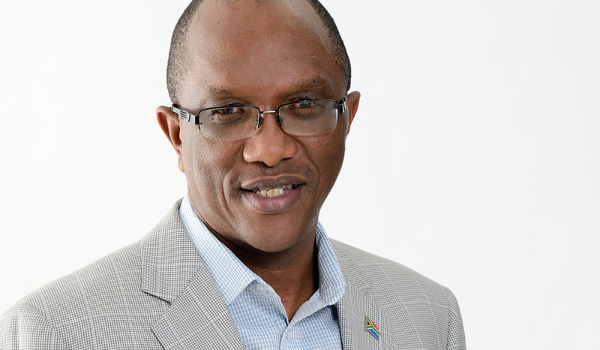 The Public Audit Amendment Bill will change the DNA of the office of the Auditor-General (AG) and will go a long way in curbing poor financial management in government departments and state-owned entities (SOEs), the AG’s office has said.

Last week President Cyril Ramaphosa signed the eagerly anticipated bill into law giving the AG more powers. This at a time when government departments and parastatals continue to record dismal audit outcomes with the state losing billions of rand yearly to irregular, fruitless and wasteful expenditure. Poor financial management in government departments and SOEs is seen as a threat to service delivery and the broader economy.

Speaking at a panel discussion on the audit outcomes of government departments and SOEs hosted by the University of Cape Town Graduate School of Business (UCT GSB) on Wednesday evening, Jan van Schalkwyk, a corporate executive at the AG’s office said the new law will augment the AG’s mandate in three key ways, giving it new powers to:

It is anticipated that the new law will be in force by the time the next audit cycle is completed in 2019, he said.

“It [the new law] will change the DNA of our organisation,” said van Schalkwyk. “We are not changing audits or becoming investigators…We are not trying to infringe on the roles of accounting officers, but rather reserving the right to act should they fail to do their jobs. If we never use this piece of legislation that would be wonderful, but we believe that we should have the option of insisting on accountability, should others fail to be appropriately accountable in their work.”

Earlier on Wednesday, Auditor-General Kimi Makwetu released the general report of the audit results of national and provincial departments and their entities for the 2017-18 financial year and cautioned that for a country whose economy is in technical recession, “government cannot afford to lose money because of poor decision-making, neglect or inefficiencies” such as in the failure to follow up on audit recommendations or the high fruitless and wasteful expenditure, which is effectively money lost”.

The 2017-18 report shows that the audit outcomes have regressed significantly. At national level, the number of clean audits decreased to just 23% of the total audited population compared to 30% in the previous financial year.

Fruitless and wasteful expenditure increased over 200% from the previous year to R2,5bn. Irregular expenditure was a staggering R51bn, an amount which excludes the SOEs that are not audited by the AG, whose total irregular expenditure totalled R28.4bn – notwithstanding that such expenditure does not always necessarily imply that there was corruption involved.

“It is worrisome that we have a 200% increase in fruitless and wasteful expenditure,” said van Schalkwyk. The AG could not audit procurement worth around R6,4bn due to missing or incomplete information, he added.

Andrew Siddle, an adjunct associate professor at the UCT College of Accounting and a research associate at the UCT GSB, said the adoption of the Public Audit Amendment Bill was a tacit admission by authorities that those charged with oversight had dismally failed in their duties.

“Why are we in such a parlous state? We need to have effective accountability mechanisms which are properly implemented. We have brilliant systems but we seem to be unable to implement. We also need political will,” said Siddle.

He added that universities should also play a much more prominent role in addressing the dire financial management of government departments and SOEs.

Derek Powell, an associate professor in law and head of the Applied Constitutional Studies Laboratory at the Dullah Omar Institute at the University of the Western Cape, said that at provincial level there should be much stronger emphasis on improving the quality of management and administration, especially the financial health of the education and health departments as they have the biggest budgets allocated through division of revenue. He showed how modelling very large datasets on audit outcomes and performance could uncover useful patterns that could be used in oversight and early warning. “Disclaimers, the worst possible audit outcome, should be seen as an early warning that a department is in serious trouble,” said Powell.

Studies, he said, showed that at local government level when a municipality is slapped with a disclaimer twice in a five-year period, it becomes difficult to get out of the negative cycle for at least 10 years.

Concluding the discussion, UCT GSB Associate Professor Mlenga Jere, who convened the event said that the Public Audit Amendment Bill is a step in the right direction and deserves to be supported. “But, the scope of the challenges ahead mean a multi-pronged approach will be necessary,” he said.