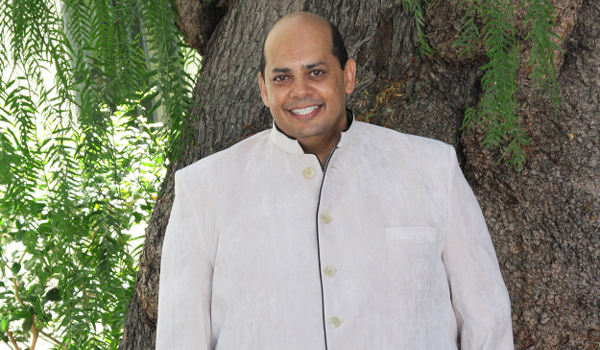 After a lengthy recruitment process, the University of Cape Town Graduate School of Business (GSB) has announced the appointment of Professor Kurt April as the new Chair to the Allan Gray Centre for Values-Based Leadership, based at the GSB in Cape Town, a position that was vacant for over a year.

Professor April, who is currently Professor in Leadership, Diversity and Inclusion at the GSB, started his new position at the beginning of September.

“The GSB is very pleased that Professor April has agreed to take up the reigns at the centre,” says GSB Director, Associate Professor Mills Soko. “The work of the Allan Gray Centre for Values-Based Leadership is closely tied to the mission of the GSB itself, which is to encourage ethical and sustainable business processes, and leadership that builds value for the economy as well as for society.”

Professor April says he is excited about his new role: “It really is an extension of the work I have been doing for the past 18 years.” He is also an Associate Fellow at Saïd Business School, University of Oxford, UK (2000-present), and Programme Director at Duke Corporate Education (Duke CE), Duke University, USA (2008-present). He has previously been a regular visiting professor at Rotterdam School of Management, Erasmus University, Netherlands (2001-2013), research fellow of Ashridge-Hult Business School, UK (2004-2016), and visiting professor at the University of Amsterdam, Netherlands (2004-2007). Outside of tertiary education, he holds various senior positions, including shareholder and managing partner of LICM Consulting, South Africa, shareholder and executive director of the Achievement Awards Group, South Africa, chairman of the international D&I advisory council of Novartis AG, Switzerland, and is a non-executive director of the Power Group, South Africa. He is also a non-executive director of the International School of Cape Town in South Africa, as well as an ambassador of the global ‘Unashamedly Ethical’ campaign.

He has also authored eight books and his most recent publication, Steward Leadership: A Maturational Perspective and Personal Resilience: Ten Constructs for Growing More Resilient, confirms him as an expert in the field of responsible leadership, stewardship and more ethical, values-based leadership thinking.

He says, “The premise I operate from is:  if you cannot lead yourself, you will struggle to lead others and head up organisations. It starts with the self, with true self-awareness that guides behaviour, choices and decision-making.”

These views are closely aligned with the objectives of the Allan Gray Centre for Values-Based Leadership. The centre was established at the GSB in 2011 with the aim of deconstructing ineffective and toxic business management models, and promoting an orientation towards purpose-guided business practices, accountability and responsible practices. With Professor April on board, the Centre will additionally focus on individual aspects in the workplace: character, self-care, narratology, ethics and personal resilience. The centre will also seek to enhance its relationship with the Allan Gray Orbis Foundation, which supports the development of emerging business leaders and entrepreneurs through 150 scholarships (school-based), 320 fellowships (at 10 universities) and 330 associates (post-university).

Professor April brings unique qualities to the new position – not least of which is a love of poetry. He also writes poetry and encourages MBA students to write poetry on topics like “personal purpose” or the “enhancement or contravention of our personal values and motivations”, which he believes promotes more critical and imaginative thinking. “The world is increasingly complex and business leaders need to be able to collaboratively think creatively about solutions and opportunities,” says Professor April.

He is currently working on his ninth book containing his own and the poetry of MBA students. Poetry opens the minds of prospective business leaders, he says; “like all art, poetry engages the imagination in unique and surprising ways. It enables a new kind of seeing, gives creative orientation and brings apparent simplicity to seeming chaos, opening vistas unimaginable through mere business processes and numbers.”