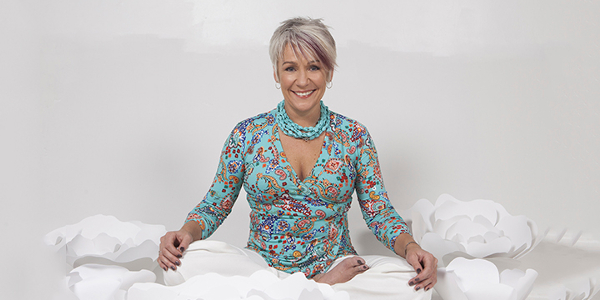 Life coach Kate Emmerson found herself in desperate need of immediate funds. So she started a crowdfunding campaign and hit her target within six weeks.

When South African international keynote speaker, author and life coach, Kate Emmerson, was invited to feature in an American motivational film in 2014, she was excited by the opportunity. Not only would it allow her to showcase her expertise, but she could also earn a profit from DVD sales. However, she needed to come up with R300,000 (around $20,000) to cover two visits to the US for the film’s production and subsequent premiere. She also wanted to invest in an inventory of DVDs that she could share with her clients and followers.

She found an investor. But in February 2015, just a few weeks before she was set to fly to the US for the film’s production, the investor backed out – leaving Emmerson in desperate need of immediate funds. So she decided to try something new: crowdfunding.

While she considered some of the popular crowdfunding channels, such as IndieGoGo and Kickstarter, she decided it was not for her – mainly because she thought the best route would be to tap into her own network rather than rely on the generosity of strangers. She realised that if she could get 30 people to invest R10,000 ($680), she would reach her target.

“And so I sent a personal email out to 20 of my closest clients and colleagues which I knew believed in me and trusted in my integrity, my brand and what it is I do in the world.”

Investors were promised a 12% return on investment (ROI), as well as additional goodies such as a copy of the DVD, and within four weeks she had collected R230,000. Emmerson then took her personal crowdfunding campaign to Facebook. It took her a total of six weeks to reach her R300,000 target and, with that, she was able to fly to the US for the film’s production.

By end of January 2016 she had paid back all her investors.

How we made it in Africa asks Emmerson to share what she thinks makes a successful crowdfunding campaign.

Your net worth is in your network

According to Emmerson, one of the reasons she was able to raise the funds she needed so quickly was because she relied on those who knew what she did and believed in her. She advises other entrepreneurs to first look to their own network to crowdsource funding before approaching strangers.

“I got the money based on my business ethics and who I am in the world,” she emphasises.

“So think about your network and who you have as colleagues and clients. There is a wonderful saying that your net worth can be found in your network.”

Emmerson decided to use email, followed by Facebook, to crowdfund because she knew it was the best platform to reach target investors – her network.

“So you also have to know which platforms work best for you – and play to those,” she explains.

“If you want to use the crowdfunding platforms, then obviously you have to play the game of that specific platform because they all have their own different requirements. And then you have to bring across your personality and brand genuinely. Video is an amazing way of doing that.”

Rather under-promise and over-deliver

Entrepreneurs should also deliver on their promises and stick to repayment dates, adds Emmerson. If they don’t they will lose their integrity and will be unable to source funding from their network again.

“Rather under-promise and over-deliver. For example, I was able to pay back some of my investors early,” she continues.

“Also keep people in the loop and don’t promise them the world because at the end of the day you are going to have to deliver on that. Every single thing that comes out of your mouth as a promise – that is your integrity, future and brand.”

Give it your all

A common mistake many make with crowdfunding is expecting others to do the work, says Emmerson. After launching the campaign, entrepreneurs will need to be creative to prevent it from losing steam.

“Don’t expect others to make it happen. Don’t think because you have started a campaign you can just sit back and watch the money roll in. You have to drive it. It is your baby.”

Lastly, Emmerson advises others not to take it personally if people do not invest in their project – especially when colleagues, friends and family are involved.

“You don’t know their circumstances or why they may or may not choose to fund you. So be willing to allow the money to come from anywhere and don’t have assumptions of where you think it should come from or who you think should invest in your programme,” she adds.

“You have to be tenacious and determined, but don’t take it personally when people don’t get involved. Just move on.”