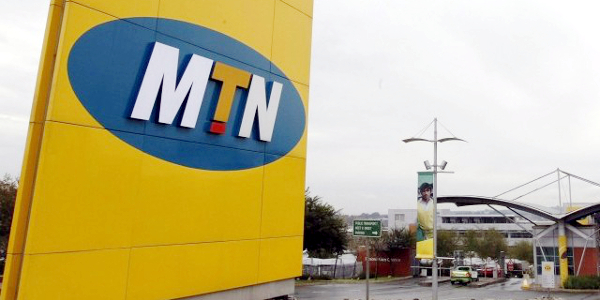 The mobile phone has changed all our lives. In the rich countries of the West, the revolution has largely been one of convenience. Services that were once only available in homes, offices and high streets can now be carried around in your pocket, accessible at a whim.

In much of Africa, however, its impact has been much more profound. There, mobile communications didn’t act as a substitute for other offerings, they introduced those services to millions of people for the first time. The impact of that change has been truly transformative, allowing people to talk, text and trade in real time over long distances.

The region’s telecoms players grew rapidly on the back of their compelling offering. The largest of them, Johannesburg-based MTN, has 16,000 employees and 240 million customers in 23 countries. To grow from nothing into a US$12bn multinational in just over two decades is a formidable achievement, but by 2010, MTN had to face an uncomfortable truth: Its basic business model was not growing as fast as previously.

“We built our business on airtime and text, now airtime was exhibiting slower growth and texting was challenged by instant messaging apps like WhatsApp [and other messaging apps],” says Herman Singh, the company’s group chief digital officer. “Looking around the world, it became clear that there was a very major digital transformation underway. So, as an organisation, we made some tough decisions, and one of those decisions was to explore adjacent domains.”

The first step in that process, says Singh, was for MTN to review its strengths. “We sat back and asked, ‘what competencies do we have that would allow us to go into a new industry?’ And we realised that we had several things, including information on a quarter of a billion customers.”

That information has huge potential value in MTN’s main markets, he notes, where many countries have no national identity system. “The only people in the country that have the full identity of the entire population are the telecommunications players, because we have to identify you before we give you a SIM card.”

The second key attribute, says Singh, was a payments system. While many of its customer’s don’t have conventional bank accounts, they all have access to an online “wallet” that they use to buy airtime for their devices. When MTN started the search for new services that could be enabled by those attributes, it found no shortage of ideas.

Many of those opportunities, explains Singh, were enabled by the “value chain compression” that has been the key to the digital transformation of numerous sectors. Turning physical objects into digital ones that can be delivered instantly over the network has transformed the sales and distribution of dozens of products from magazines to movies, boosting convenience for customers and cutting costs for producers.

“You aren’t talking about two-fold or three-fold improvement, this is a 1000% improvement,” says Singh. “And in Africa in particular, which is very resource constrained, we recognised that to service customers you need a very asset-light model. You have to digitise everything.”

As in wealthier markets, that shift started with music. MTN, says Singh, has been instrumental in switching the continent’s market for pre-recorded music from compact discs to streamed and downloaded products.

Other sectors quickly followed, including video services, online gaming (playing games, not gambling) and mobile payments. The company’s mobile payments system, MTN Mobile Money, currently has 50 million customers and processes around 100 million transactions a month. Its 70% annual growth rate, says Singh, is much higher than that of Paypal, a global internet payment solution.

MTN’s transformation wasn’t all plain sailing, however. While the company could see thousands of digital opportunities, capturing those opportunities was a very different challenge, especially for an organisation that knew more about running telecommunications networks than new internet businesses.

Its solution to this challenge took advantage of another major trend in the wider digital world – the way digitalisation is bringing formerly separate industries together. MTN decided to embrace this collaborative approach. It would obtain a series of platforms, then partner with established players in other industries, as well as new start-ups, to create an ecosystem of services for those platforms.

The company’s first major platform was money. MTN joined forces with a number of organisations to develop a range of financial services that ran on its Money platform, including remittances, loans, savings and insurance. Financial services work very well on its network, says Singh, and not just because the mobile phone and digital wallet provides the underlying plumbing. MTN’s banking partners can also collaborate to assess subscribers’ creditworthiness by using smart credit scoring algorithms.

Next, the company turned its attention to e-commerce. In partnership with Berlin-based incubator and venture capital company Rocket Internet, it has invested in a number of digital start-ups, many of them aiming to take proven internet business ideas and adapt them for emerging markets. A part of this platform is dedicated physical fulfillment infrastructure, including warehouses and transportation assets across Africa and the Middle East.

MTN’s third major platform is for media. The big Western video and music distribution services don’t have the right offerings for African consumers, says Singh. In part, that’s about price. It is difficult to sell services that cost $10 a month to consumers with an average per capita annual income of less than $4,000. But it’s also about the product. African consumers prefer locally produced content. “Ninety-one percent of all the music listened to in Tanzania is by local artists,” he says. “And Nigeria’s ‘Nollywood‘ film industry makes 9,000 movies a year.”

Making all this content available online doesn’t just improve access for consumers. It also helps to provide predictable revenues for artists and producers in regions that have struggled to combat widespread piracy.

Finally – so far, at least – MTN has also developed a special platform for the three quarters of mobile phones in Africa that don’t offer direct internet access. The system, which uses SMS text messaging to send and receive information, currently hosts around 10,000 services, offering everything from English tuition to football scores.

The vast majority of the thousands of companies operating on MTN’s platforms are still in the early phases of their development. But the company’s digital services division already generates value that make up a double-digit percentage of group revenue.

“The key point is this: Had we not adopted a disruptive approach, and had we not gone down the route of working with start-ups who are very agile and very, very smart, we would never have been able to build this business.”