While its stock exchange has not developed at a rate one would have like, Mozambique’s overall economy has continued to show strong growth (IMF estimates GDP growth of 7.2% for 2010) as investments have been seen in the banking, telecoms and mining areas. 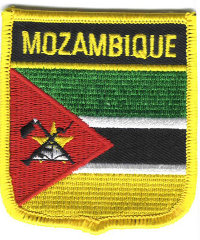 One of the indicators reflecting the growth in the formal economy was reflected in the recent announcement by Mozambique‘s tax authority that it collected about US$2 billion last year, the most since the country gained independence from Portugal in 1975.

The taxes collected represent 19.6% of GDP, close to a Southern African Development Community target of 22%, according to reports in the local press. Collections were higher than the $1.8 billion the agency had budgeted for.

Coal mining has been topical for Mozambique of late, as demand for this largely untapped resource in that country grows, with India being particularly aggressive.

Reuters reports that the country on Monday turned down a request by the Indian government for five additional coal concessions, saying the Asian giant should first develop its two existing blocks in the southern African nation.

“They must develop what they have first. Then we will sit down and decide what to offer,” Abdul Razak, deputy minerals minister, told a news briefing after talks with Indian Coal minister Sriprakash Jaiswal.

Jaiswal arrived in Mozambique on Sunday with officials from Coal India Limited (CIL) to try and secure additional exploration rights in Mozambique, home to some of the world’s richest untapped deposits, to meet India’s fast-rising demand.

CIL, the world’s largest coal producer, plans to import 10 million metric tonnes of the fuel from Mozambique in the next five years, said Narinder Khurana, a director of the company.

CIL plans to begin exploring for coal in north-western Mozambique, where it has prospecting rights to two blocks measuring 225 square kilometres, in June. If viable deposits are found, the company intends to invest $400 million and employ 3,000 people to extract them. The blocks are thought to have reserves of a billion tonnes of coking and thermal coal.

“We will export the coal to India through the port of Beira and perhaps after 25 years we can use Nacala port,” he said. The delegation is also exploring coal-mining opportunities in South Africa and Zimbabwe.