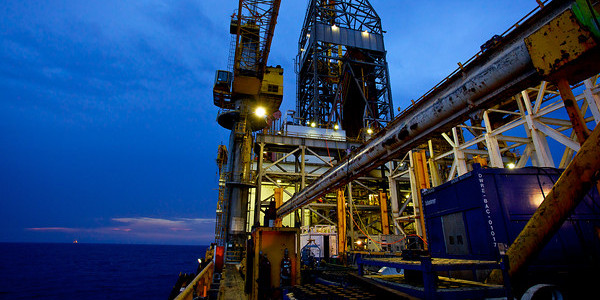 With 150 trillion cubic feet of liquefied natural gas (LNG) reserves, equivalent to 24 billion barrels of oil, Mozambique is positioning itself as the world’s next big global energy play.

“This is especially so as the world looks to cleaner energy sources and China steams ahead with its fuel-switching policy – aimed at replacing coal with cleaner gas as an energy source,” says Omar Mithá, chairman and executive officer, National Hydrocarbons Company of Mozambique (ENH).

ENH is Mozambique’s state-owned energy company, tasked with developing and coordinating the legislation, licencing, exploration, production, transmission, distribution, transport and global trade of Mozambican energy. ENH takes a stake of between 10% and 30% in all energy projects. The company is also mandated to build a broader energy chain, “acting as an aggregator for all domestic gas and hydrocarbons produced in Mozambique as well as an enabler of local participation across the value chain,” says Mithá.

China’s Blue Sky Defence Action Plan, designed to curb air pollution, has already increased Chinese imports of LNG by 50%. “If we get it right, Mozambique is in pole position to become a long-term leading supplier of LNG to the world’s second largest economy,” adds Mithá. Japan and South Korea are also key growth markets for Mozambique LNG exports. More generally, global demand for LNG is expected to increase by 4% per annum with the International Energy Agency (IEA) predicting that demand for gas will overtake coal in the global energy mix as early as 2030.

A separate macroeconomic study of the Rovuma LNG project expects that Mozambique will attract between $27 and $32 billion in investment across all phases of the project. The separate Afungi site in northern Mozambique is, on its own, expected to attract a further $55 billion, making it the world’s most expensive piece of real estate. The Coral Floating LNG project currently under construction, with first gas expected in 2022, employs over 5,000 people in the construction of support facilities, including: materials offloading facilities, a LNG marine terminal, a new urban settlement, airstrip and highway.

“Combined, these investments are expected to position Mozambique as the world’s fourth-largest producer of LNG, supplying a quarter of the world’s LNG needs and adding $15 to $18 billion to the country’s GDP each year,” says Mithá. In addition to wiping out Mozambique’s national debt, Standard Bank expects that LNG investment will increase Mozambique’s projected real growth rate from 4% to between 4.8% and 5.4%, adding around one third to Mozambique’s average household per capita income.

In other words, “these are vast investments offering significant opportunity – way beyond just energy,” explains Mitha.

Moreover, ongoing LNG investments will form the nucleus of what will be, in time, “a substantial Domgas industry within Mozambique,” anticipates Mitha. This domestic gas industry will broaden investment opportunities in regional supply, including: refining, pipelines, marketing and distribution. This is in line with the Mozambican government’s vision to build a domestic gas sector parallel to its LNG export capability.

The combination of global fixed investment, export earnings, Domgas and associated infrastructure development, and regional supply will, “drive broader national development and socio-economic transformation in Mozambique, especially with regard to domestic SME formation across the value chain,” says Mitha.

Since the Mozambican economy is moderately well diversified, the Mozambican government’s role is to ensure that the country’s energy resources strengthen other sectors, such as agriculture, tourism, and transportation – especially since Mozambique is the gateway for land-locked countries like Malawi, Tanzania and Zimbabwe.

Developing LNG plants, for example, provides opportunities for multiple industrial, tertiary as well as service-based companies, many of which will need to establish a local presence to serve these plants. In other words, “beyond hard energy infrastructure, entire new urban centres and the populations that these will house, feed, clothe, educate, entertain and provide with services, provide diverse and sustainable investment opportunity – likely to last for generations to come,” says Mitha.

The inflow of foreign investment will increase the financial strength and ability of the Mozambican government to implement its development agenda. “Our job at ENH, and the reason for taking direct stakes in investments, is to leverage these flows to build a broad and inclusive economy in Mozambique,” says Mithá. Getting this right will mean, “building links between global investors and local small and medium sized enterprises able to include the local labour force in employment and skills dissemination.”

From a legislative and policy perspective, Mitha argues that, “Mozambique sets an example for other African countries on how to strike a balance between national development objectives and the attraction of foreign investment.”

For global companies to come to Mozambique, spending billions of dollars on multi-year projects deep offshore, for example, “Mozambique understands that we need to create an investor friendly environment,” he adds. There are many ways to increase revenues, either through standard income tax or through tools such as royalties and profit-sharing programmes. Africa is not the only region supplying oil and gas to the world: Qatari production is growing, as is production in the United States, Myanmar, Russia and Australia.

Given competition, ENH recognises that time to market is important. To this end, ENH and the Mozambican government have invested heavily in attracting the hard investment, and then making it relatively easy to build the exploration and extraction infrastructure that will allow us to say ahead of the game.

Our task, now, at ENH, is to, “leverage this investment to build a broader and more inclusive economic ecosystem that will allow us to leverage our energy bonanza for long-term and broadly inclusive growth,” concludes Mitha.