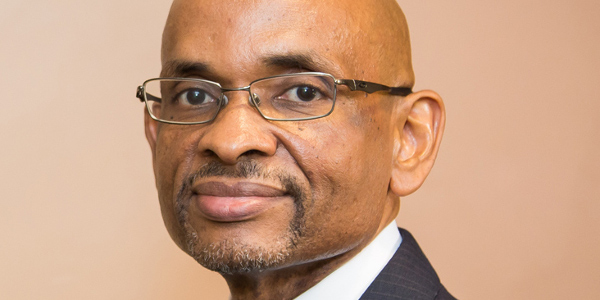 Starting with a single hotel in the Malian capital of Bamako, Mossadeck Bally has built a chain of eight business hotels in five West African countries, bringing thousands of jobs and millions of dollars in economic activity to areas that need both. Environmental and social standards have helped his company, Azalaï Hotels, thrive in challenging markets.

Growing up in West Africa as the son and grandson of Malian traders, Mossadeck Bally spent every spare moment learning his family’s import-export business. “Entrepreneurship was in my DNA,” he says. He just never imagined a career in the hospitality sector.

But in 1994, following a period of political upheaval in Mali, he saw the opportunity to purchase the state-owned Grand Hotel in central Bamako. He knew that establishing a comfortable environment for business travelers – especially foreign investors – could have a lasting impact on his country’s post-conflict growth and prosperity. With US$1m in financing from the International Finance Corporation (IFC) to refurbish the hotel to adhere to the highest international standards, and a second $1.68m loan from IFC a few years later, he built the Azalaï Grand Hotel.

Since then, Bally has expanded the Azalaï Hotels Group, a chain of eight business hotels spread across five countries in West Africa. The business has created 2,000 jobs, a number that is expected to double by 2023, when additional hotels open. Bally has also developed programmes to train African workers for the hospitality industry and encourage them not to emigrate. Thanks to a new partnership, certificates will soon be issued by the École Hôtelière de Lausanne, widely considered the top hospitality-management programme in the world. This will open up more opportunities for graduates.

Bally shared with IFC Perspectives his views on why establishing a new sector in a fragile country demands patience and resilience.

Among all the challenges you faced building your first hotel, what was the most daunting task?

Finding financing. Remember, I was someone with no hospitality background, and I was looking for financing in a country recovering from conflict. Had I gone to a big international bank, I wouldn’t have gotten the loan I got from IFC. IFC saw a big potential for Mali, which had emerged from a coup d’état with a well‑run democratic election. IFC believed in my entrepreneurial skills, saw my managerial capacity, and helped us refurbish the hotel. IFC was instrumental in helping the Azalaï Hotels Group grow up.

Staffing and HR was another very significant challenge. We could not find local people who were trained to work in this industry. A project called AMSCO, which IFC ran with the United Nations Development Programme, helped us get professional managers, including our first General Manager.

How did the problems with staffing lead Azalaï Hotels Group to create its own hotel school?

Training is key to any business. We already know that hospitality is a major development sector because it can create jobs quickly. And today in Africa, the number one problem is that we don’t have enough jobs. That’s one of the reasons people are leaving the continent. Hospitality is a priority, but there was no investment in training people. So we created our own training school in Bamako, with the aim of opening one in every city where we have a hotel. Our training budget is 2% of our revenues; that gets redirected to the school.

We hire young people who spend one year with us, training half the time in hospitality and learning academic subjects the other half of the time. So far, we have graduated 150 students. For the upcoming year, we’re accepting 100 students – almost double the number of each previous class size. Our business hires about 30% of our graduates, and 95% of the other graduates get jobs in hotels, restaurants, and diplomatic compounds. They stay in Africa because they have the skills employers are looking for. Now, with the certification from the École Hôtelière de Lausanne, there will be even more opportunities.

What’s your advice to entrepreneurs and investors who are considering operating in Africa?

When I meet young African entrepreneurs abroad, I tell them that they could have a much bigger impact back home. I tell them about my own experience. I could have stayed in the U.S. When I was considering next steps after my MBA in the States, Mali had a military regime and the economy was not thriving. It was difficult. But I made the move back to Africa, and I was quite resilient.

That’s the biggest advice I give to young Africans who want to come back – that if you want to be successful in Africa, you have to be resilient, know your long-term plans, and be patient. If you are, there are a lot of opportunities on the continent right now.

I give the same advice to foreign investors. I’ve seen it work, and that’s exactly what IFC did. It was not very easy for a development finance institution (DFI) to finance a hotel project in Mali in 1995, with someone who hadn’t been in the business. But DFIs should go where it’s not easy, and IFC did this. IFC eased doing business and helped a champion of Africa grow.

Has your initial vision for the hotel group changed over time?

At the beginning my vision was to start small: we would manage the Grand Hotel to international standards but with an African touch, with African hospitality. Once we did so well in managing the best hotel in Bamako, with guests like Warren Christopher and Madeleine Albright, we bought the land to build our second hotel. Then the idea was to have an indigenous regional African hotel chain so that when a traveler comes from Paris, Tokyo, or London, he or she finds Africa in our hotels. At that point, I started to think that maybe this could be my lifetime achievement. I devoted all my time to developing the hospitality business because it’s an industry that has a big impact on our economy. I’m quite satisfied and happy to be in an industry where I can create jobs.

When you reflect on almost 25 years of the business, what achievements are you most proud of?

When I look back, I see that we were pioneers. Our endeavor is to create hotels that have an impact on local economies. Our monthly payroll is close to $400,000 across the group. This goes directly into the local economy. We pay close to $300,000 every month in taxes to local and country governments across the globe. This is the impact a small hotel chain with eight properties – soon to be 13 properties – can have.

There’s a significant indirect impact, too. In each country where we have a hotel, we buy local products. I can help a small vegetable producer sell her tomatoes at the same time I’m promoting African management and hospitality. And we outsource some things, like security and laundry, which helps other African companies succeed. So I’m proud as an entrepreneur and as an African – proud to think we can start small, continue expanding, and have such a profound impact on local economies.