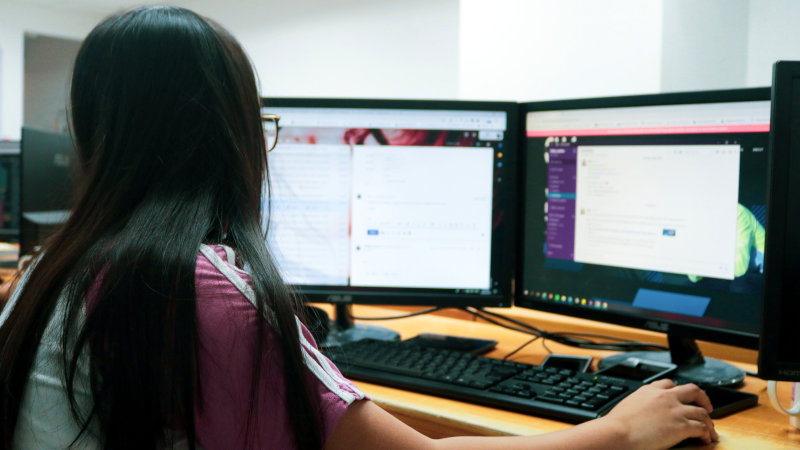 The South African government believes that the business processing industry is key to job creation. And the sector has indeed created thousands of jobs, in particular for the country’s youth – a group that bears a disproportionate share of joblessness.

But unlike in India, the growth of South Africa’s business process outsourcing sector has not generated the kind of jobs that offer workers the chance of progressing up the career ladder. In South Africa, workers tend to get stuck in the same, low-level and poorly paid jobs with very few prospects of promotion or career development. Their working conditions are also generally poor.

South Africa’s outsourcing industry grew significantly between 1997, when it hosted an estimated 185 contact centre operations, to 2010, when the figure was well over 1,000. More recent data isn’t available. But data from 2017 estimated that 228,642 people were employed in the sector.

Most business process services jobs such as in the call and contact centres are taken up by young workers. In the context of the country’s high youth unemployment of more than 52%, government sees the sector as one vehicle for absorbing young workers. However, the sector’s failure to create opportunities for career advancement is proving a trap for young people.

The sector is always changing, upgrading its technologies and processes. But do these changes translate into positive impacts for employees? We set out to answer this question in our new research article. We wanted to know whether the upgrading by firms contributed to social upgrading: that is, improvements in wages, working conditions, workers’ freedom of association and bargaining power.

Our findings suggest that policy makers must ensure working conditions in contact centres are regulated for workers’ well-being.

Workers view contact or call centres as a good entry point into formal employment as well as a good way to earn at least some income.

But they are also often overcrowded spaces. One person told us they and their colleagues felt like “packed sardines” in their tiny cubicles. The working environment was described variously as “stressful” “strenuous” “demotivating” and “frustrating”.

Contact centre firms have strict workplace controls. Worker performance is carefully quantified and measured based on sales targets or how many calls workers make. Their work quality, specifically how they interact with customers, is also measured.

And the introduction of various technologies, like predictive dialling and automated customer-relationships management tools, worsen employee stress. This is because workers have to juggle more systems and technologies while responding to customer queries and complaints.

Contact centre jobs are rarely stable and secure. Firms adopt flexible employment structures, a mix of permanent and temporary workers. To keep costs down, they prefer to hire workers through labour agencies and contractors. However, this often results in the exploitation of workers.

This flexibility makes workers vulnerable. Union representation remains low among call centre workers. Workers are often fired without the option of arbitration or settlement, affecting their future career prospects. BPESA, the industry association, estimated that in 2016 the industry’s attrition rates stood at about 37.6%, compared to India’s 30%.

Another problem with this flexible, precarious environment is that there’s little room for agents’ internal progression within a firm. This is largely because of a high volume of temporary and part-time employees hired through labour agencies or contractors.

This stands in contrast to India, where contact centre workers have a greater chance of achieving upward labour mobility. This is due to India’s position as the world’s leading player in outsourced services. India’s bigger business processing outsourcing industry enables workers to bargain for promotions and higher incomes.

Youth, particularly black South Africans, struggle to secure meaningful employment in the local labour markets. Those who find work in contact centres have less hope for career progression. While the average tenure of agents in call centres is around two years, we met a few workers who were agents for more than five years in the industry and asked them why they were still working in the sector. One agent replied that they had no choice but to continue to work and to hope that working conditions would eventually improve.

The South African government needs to rethink its reliance on job incentives for employment generation in the business process outsourcing sector. Incentives have generated some jobs. But the questionable working conditions in the contact centres can have detrimental long-term impacts on workers.

The state, in partnership with the industry and the education sector, should also step up skills training provision (technical and soft skills) for the new workforce to be better suited to the demands of the contemporary labour markets.

High unemployment and the prevalence of low-paid work, primarily in the informal sector, can affect young work seekers’ material, psychological and social well-being.

To avoid the real potential for an erosion of working standards and systemic exploitation that comes with some of the jobs in the business process outsourcing sector, the government must ensure that it has the institutional capacity to monitor working conditions in contact centres.

Mohammad Amir Anwar is a post-doctoral research fellow at the University of Oxford. This article was first published by The Conversation.