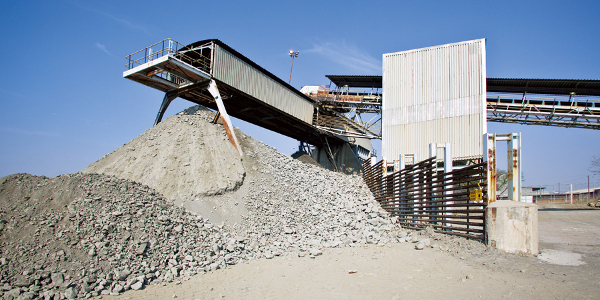 With a further $53bn of impairments in 2015, miners have now collectively wiped out the equivalent of 32% of their actual capex since 2010,

2015 was a race to the bottom with many new records set by the world’s 40 largest mining companies, according to PwC’s annual Mine report.

The 13th in PwC’s industry series analysing financial performance and global trends, the report reveals a first ever collective net loss (US$27bn) for the Top 40 miners with market capitalisation falling by 37%, effectively wiping out all the gains made during the commodity super cycle.

Michal Kotzé, mining industry leader for PwC Africa, says: “Last year was undoubtedly challenging for the mining sector. The Top 40 experienced their first ever collective net loss, their lowest return on capital employed, a significant drop in market capitalisation, and an overall decline in liquidity with the result that the Top 40 were more vulnerable and carrying heavier debt loads than in prior years.”

“We are also seeing shareholders persist with a short term focus, impacting the capital available for investment and, as a result, constraining options for growth.

“But this is a hardy industry, and while many miners may be down they are certainly not out.”

The report analysed 40 of the largest listed mining companies by market capitalisation. Four new entrants in this year’s Top 40 were Chinese companies. AngloGold Ashanti has reemerged in the Top 40 for the first time since 2013. The number of emerging companies included in the Top 40 has increased by two and now totals 19. For the first time, a lithium company has made the Top 40. While this must be viewed in the context of the much larger traditional energy sources, there is no doubt that the energy landscape is changing and new world disrupters will have a role to play. The financial information for 2015 covers the reporting periods from 1 April 2014 to 31 December 2015, with each company’s results included for the 12-month financial reporting period that falls into this time frame.

With a further $53bn of impairments in 2015, miners have now collectively wiped out the equivalent of 32% of their actual capex since 2010, a stark reminder of the value that has already been lost. This also represents a hefty 77% of this year’s capital expenditure. “While it is unfair to focus on the charges incurred this year as price assumptions were adjusted down, a longer-term perspective indicates a lack of capital discipline. In fact, from 2010 to 2015, the Top 40 have impaired the equivalent of a staggering 32% of their capex incurred,” adds Andries Rossouw, assurance partner, PwC.

China not the industry hero

While China is still critical to the success of the mining industry, accounting for about 40% of overall commodity demand, it can no longer be relied on to supercharge returns. As the country moves from a manufacturing-based economy to a services-based economy the previously rampant demand for commodities will still not resume with the same intensity. Despite this shift, the number of Chinese mining companies in the Top 40 continued to increase from nine to 12.

Debt burdens will mean some heavy lifting ahead

Debt management has moved to the top of the business agenda for many of the Top 40 miners. For some, the driver was maintaining access to capital at reasonable rates. For others, it was simply crucial to survival. While the Top 40 trimmed a slither of their overall debt in 2015, liquidity metrics have begun to trigger alarms. Leverage is at an all-time high and cash used to repay debt was broadly equal to cash from borrowings. It’s no surprise that the ratings agencies responded with widespread ratings downgrades.

Adds Rossouw: “The response of the Top 4o miners has been twofold: an even greater focus on cutting expenditure, whether operational or expansionary, and an acceleration in asset sales. It will be interesting to see if these efforts can continue and the subsequent knock-on effects.”

While the mining industry continues to face significant challenges and constraints, Rossouw maintains there is still a long-term positive outlook. “Many of the Top 40 appreciate what is required for the marathon of mining and have their eyes firmly fixed on the long-term rewards.”