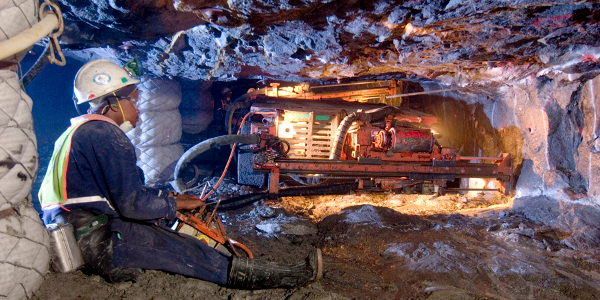 The Africa Mining Day, organised by the Singapore Mining Club, gathered six high profile figures to talk about mining exploration and production in Africa on 12 September 2017. The talk, mediated by Geoff McNamara, partner at natural resource-focused investment firm Medea Capital and director of the Singapore Mining Club, was split into two segments: producers and explorers. The attendees included professionals and investors interested in learning more about Africa’s natural resource potential.

Nic Limb, non-executive chairman at Mineral Deposits Limited (MDL), whose company explores and produces titanium, zircon and gold in Australia and in Senegal, commented on one of the problems mining companies face in Africa: “The legislation that underpins all your mining and O&G activities is often quite old.” MDL operates the Sabodala gold project and the Grande Côte Mineral Sands operation (GCO), both in Senegal, West Africa.

According to Limb, “Getting logistics right is very important. If you have to start talking about building a port, you are in trouble.” That is why GCO is a fully integrated, mine-to-ship, large-scale mineral sands operation. It primarily produces high-quality zircon and ilmenite (iron titanium oxide). “We produce around 7% of the global feedstock of titanium,” Limb said.

John Welborn, MD and CEO of Resolute Mining Limited, spoke about his gold business in Africa. “I’m very passionate about Africa. I like the fact that when people ask me what I do, I say I’m a gold miner. But it’s much more complicated than that; it’s about really complex assets.” Resolute has been operating in Africa for the past 21 years, having started in 1996, in Ghana, and expanded to a gold mining project in Tanzania in late 1990s. “We operated that asset successfully for 15 years. Now we are out of that jurisdiction because it became rather problematic.” In Africa, the company now focuses on Mali (Syama Gold Mine). “I’m very proud of it; it’s very successful and I believe it’ll become one of the greatest gold mines in Africa. We bought it for US$10m and have currently invested $500m in it,” Welborn said.

Graeme Robertson is the non-executive chairman at Intra Energy Corporation Limited (IEC). The company operates and owns 70% of the Tancoal Coal mine, in Tanzania. “Mining in Tanzania was an interesting process because we had to deal with different layers of provincial authorities: villagers, district commissioners, ministers, politicians and often with the president. I did that in 2011 and we started producing that year. Now we are the only commercial coal producer in East Africa.”

However, Tanzania is pushing for increasing nationalisation of its natural resource sites. “The government will position itself to take over 50% of most of the mining companies operating in Tanzania.” Robertson believes that Mozambique holds a better potential than its northern neighbour. “I have gas operations in Mozambique, which is a country moving right up, increasing in popularity, while Tanzania is sinking down.”

Resolute’s Welborn expanded on the nationalisation issue in the mining business in Africa as compared to other regions. “In Australia, the mining company owns and operates the mines and the government is a royalty and taxation taker. That relationship is quite clear and structured. However, in Africa, governments don’t think like that; they want to be shareholders of the mining company.” The problem with that stems from the fact that this state shareholder most of the time “has no idea of what the business is,” as Nic Limb from MDL bluntly stated.

Welborn highlighted that this lack of understanding is slowly changing in some regions. “In Mali we started seeing government officials migrating to work in private gold mining companies, and then going back into the public sector. That helps bringing that experience to the government. Education and exchange create more opportunities.”

The panel also had a group of three explorers giving their views of the mining industry on the continent and about their quest to find the most prolific mining sites. Cherie Leeden, passionate geologist and executive director at Battery Minerals Limited (BAT), shared some of her experience. After searching for coal in Tanzania, Botswana, Namibia, South Africa and Mozambique, the company decided to focus on the latter. “Mozambique was open for mining exploration and already had a dataset of mineral deposits available.” In addition to that, Mozambique was “one of the least corrupt countries with respect to coal during the boom days.” BAT processes coal into graphite, which is used in vehicles, laptops and mobile phones.

Peter Pelly is the exploration manager in Zambia at MMG Limited. The company has made new discoveries across the Central African Copper Belt and is currently following up on promising targets in the DRC and Zambia. “In the last 17 years, exploration has added 100 million tonnes of copper [in reserves]. There is a big disconnect between the discoveries and the actual production of copper coming out of these two countries. The DRC currently produces 990,000 tonnes of copper per year and Zambia about 850,000 tonnes of copper. This accounts for only about 10% of the world’s production.”

Exploration seems to be very successful in the DRC and in Zambia, but actual production does not match the exploration success. “Exploration is quite easy, but putting mines into production in these two countries is very challenging”, Pelly added. Political risk, non transparent and ever-changing mining legislation, lack of power supply and generally poor infrastructure are some of the issues mining companies face there. However, Pelly is optimistic about the future of the industry in the region. “I think things will change in the future. For example, 50% of the world’s cobalt production comes from the DRC. When electric vehicles [which make use of cobalt] become more popular, cobalt production will have to increase dramatically just to keep up with demand, and I can foresee things will have to rapidly change in the DRC. Some of the mines are incredibly rich in cobalt.”

On the differences of developing the mining industry in DRC and in Zambia, Pelly added: “The DRC is a quite challenging place. Zambia is a lot easier to operate in. The legislation is more transparent, the working force is committed and less expensive, and the mining code is favourable [to the private companies]. In Zambia, the government supplies the power to the mines, while in the DRC they are still talking about getting power from the giant Inga dam, but there has been talks for many years and it still hasn’t happened.”

Paul Quirk, non-executive director and co-founder of Cora Gold Limited, has over 10 years of experience building and investing in companies across Africa. For him, succeeding in the continent is all about having the right team. “Investing in Africa is all about experience; it’s not an easy continent to operate in. It’s important to have an experienced team that will follow you to new markets in the continent, bringing along their expertise.”

Leeden added: “I believe Africa is where most of the major discoveries are going to come from in the next decade. Because of the higher risk of investing in Africa, it’s also a good idea to diversify your portfolio by investing in several countries or in several commodities to hedge that risk.”

Africa still holds many treasures below its soil. If good policy is implemented and environmentally friendly practices are put in place, the continent can still profit a lot from its natural resources.

Otavio Veras is a research associate of the NTU-SBF Centre for African Studies, a trilateral platform for government, business and academia to promote knowledge and expertise on Africa, established by Nanyang Technological University and the Singapore Business Federation. Otavio can be reached at [email protected].