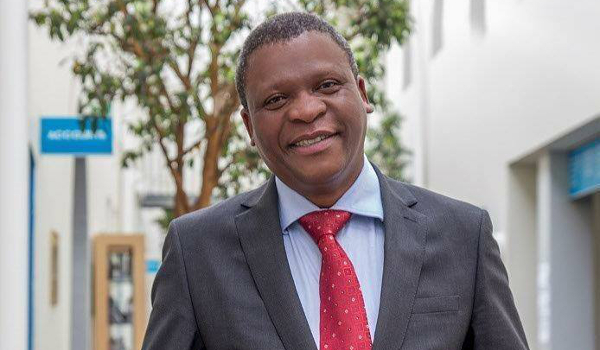 Associate Professor Mills Soko has been appointed Director of the UCT Graduate School of Business (GSB), to take effect at the beginning of the 2017 academic year. He has taken over from Professor Walter Baets, who left the GSB at the end of July 2016.

Soko, who joined the GSB in 2006 as a senior lecturer, inherits the school at a challenging time for tertiary education generally, but says he is motivated by the work that can and needs to be done both at the university and in the country more broadly.

“The key to understanding the transition we are in and the changes it demands is that we have to apply our minds to the task of managing this transition. Transitions are difficult to manage: they throw us out because we are creatures of stability and familiarity, but change is also invigorating and if we play to our strengths we can plot a positive way through it,” says Soko.

An institution like the GSB has a key role to play to facilitate and promote the growth of business in South Africa and positively influence the direction of the country, he says. Not only can it continue to train business leaders and entrepreneurs who are well equipped to build successful and profitable businesses that also move society forward, but it can also use its position to influence policy and practices to raise South Africa’s global competitiveness and tackle the pressing social problems of unemployment, poverty and inequality.

“One of the ways in which the GSB can maximise its impact on South African business for example, is to use its convening power to facilitate meaningful dialogue and bridge the trust gap between the government and business,” he says. “South Africa’s progress in realising the country’s economic potential has been partly stunted by deep-seated mutual suspicion and distrust between business and government. Developing a tangible sense of common purpose between these two vital sectors that centres on the pursuit of the national interest could be transformative.

“If managed wisely, structured and purposeful interactions between business and the government can provide a vital platform to generate the level of cooperation needed to address the daunting challenges besetting our country,” he continues.

Soko is uniquely qualified to bridge the gap between business and government. In addition to being a veteran academic with a PhD from Warwick University in the UK on the political economy of trade policy reform in post-apartheid South Africa, he has held leadership positions both in government (as a senior policy adviser) and in the business sector through his involvement in the International Chamber of Commerce and Africa Business Network. In addition, he was commissioner on the Warwick Commission on the Future of World Trade and is a member of the Evian Group, a think-tank affiliated to the IMD business school and dedicated to promoting an open, integrated and equitable global economic order.

In the NGO sector he has previously served as chairperson of the board of trustees of Inyathelo (South African Institute of Advancement) and chaired a working group on education and employment under the auspices of the Africa-Germany Partnership, an initiative of the former President of the Federal Republic of Germany, Horst Köhler.

Soko says that he is looking forward to consulting broadly with his new leadership team and other GSB stakeholders to develop priorities and strategies for the future. He also extends a heartfelt thanks to Professor Geoff Bick who held the fort as Acting Director for the interim period.

In taking up this new role at the GSB, Soko says that he is well aware that it has a reputation to guard – and grow – both in Africa and globally. The school is widely regarded the top school in Africa and is currently one of just three business schools on the continent to be triple crowned, meaning that it has been endorsed by the world top three accreditation bodies.

“I am passionate about the UCT GSB and I am excited to play a role in making this great school an even greater learning institution and provider of business and management education that is also relevant and engaged,” he said.