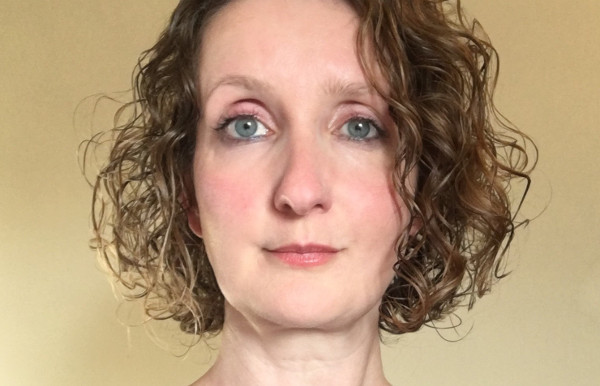 In recent years a number of development finance institutions (DFIs) have announced new venture investment programmes for Africa. In 2016, European Investment Bank (EIB) and African Development Bank (AfDB) announced the Boost Africa Initiative, a joint venture that will see up to €150m (US$175m) deployed in the African venture capital industry and is expected to support over 1,500 startups and SMEs across the continent.

More recently, in late 2017, CDC’s Intermediated Equity team secured approval to commence a programme of investing in African venture capital, which initially will entail deploying up to $75m in six to eight African venture funds over the next three to four years. Further capital is available from CDC’s Impact Fund, which will also continue to make select venture fund investments.

There are many reasons why DFIs are deploying capital in African venture capital. Investing in venture funds tends to be the most effective way of financing small tech-enabled companies and supporting entrepreneurship. Many of these startups are developing technology that can help formalise informal markets and/or provide solutions to local problems in areas such as agriculture, healthcare, education and financial services.

More broadly, developed venture markets are proven to drive economic growth and promote job creation. It is estimated that just under 40% of new jobs created in the US in the past 40 years have been produced by venture-backed companies (Stanford, 2015). Whilst data is less readily available for emerging markets, initial indications suggest the impact of venture capital will be similarly significant; in China, a venture market which has developed in the past 15 years, venture-backed companies are already estimated to have created 10 million new jobs.

Why DFI funding is needed

Venture capital has the potential to deliver strong returns, but investing in early-stage companies (whether directly or indirectly through funds) is inherently risky. In developing markets, the risk is further exacerbated, deterring all but the most experienced private institutional investors from participating in the asset class. Many established UK funds struggle to raise capital without support from the British Business Bank or European Investment Fund (EIF); given how immature venture capital is in Africa, African venture funds would likely be almost impossible to raise without the support of DFIs.

In the 20 years I’ve been investing in global VC funds, I’ve had the privilege to follow the emergence of a number of new venture capital markets – first in Europe in the late 1990s, then in China in the early 2000s, and India in the mid-2000s. Whilst the African venture capital market remains nascent it displays many of the same characteristics that Europe, China and India exhibited just prior to the maturation of their ecosystems:

Anecdotal evidence suggests an increase in returnee entrepreneurs like Iyinoluwa Aboyeji, who left Canada in 2013 to first found Andela and then, more recently, Flutterwave. We are also starting to see the emergence of companies like Movemeback, which are designed to help returnees find new jobs on the continent.

In the US a large proportion of venture-related activity takes place in Silicon Valley. In Asia, hubs have sprung up around key cities such as Beijing and Shanghai (China) and Bangalore and Mumbai (India). In Africa, regional hubs are emerging in North Africa (Cairo), East Africa (Nairobi), West Africa (Lagos) and South Africa (Cape Town).

4. Increased participation from US VCs

In China, it was the entry of US VCs that fuelled the development of the market. In the past two years, prominent US VCs have financed a number of African companies including Andela (Spark Capital), Flutterwave (Social Capital), Instabug (Accel) and Zipline (Andreessen Horowitz).

Venture firms entering the Africa market with new funds in recent years include local VCs that are raising institutional capital for the first time, established EU VCs launching their inaugural Africa-focused venture funds such as Partech Africa and TLCom, and even experienced US venture capitalists launching new funds to target the continent, such as Raba Capital. This is in addition to an increasing number of locally based impact venture funds such as Novastar Ventures and Energy Access Ventures.

Whilst Africa’s venture capital market is showing promising signs of growth it isn’t clear how long it will take the ecosystem to develop sufficiently to support domestic entrepreneurship and significant job creation. China’s venture capital market developed relatively quickly (within 15 years), but the European ecosystem has taken much longer to develop (20+ years). Africa shares characteristics of both regions and is likely to take at least 15 years to fully develop.

CDC’s new Intermediated Equity venture programme will initially focus exclusively on investments in venture funds. We believe this is the best approach for CDC to take at this time as it enables us to build a diversified portfolio to minimise risk and will enable us to leverage our existing skillset and team most effectively.

In Phase 1 of the programme we plan to deploy up to $75m in six to eight seed and early-stage Africa-focused venture funds over the next three to four years. Given that it typically takes six to eight years for early-stage investments to be exited, we envisage the programme will have at least two further phases, stretching out in total over a 10-year period. We chose to target seed and early-stage as this is where we felt there was the biggest gap in the market. We plan to minimise risk by diversifying the portfolio by geography, with exposure to the four key hubs in North, East, West and South Africa.

Investing in venture funds is similar, but different, to investing in private equity (PE) funds, and we have introduced new processes and procedures to execute the programme; we have tweaked our due diligence to be more qualitative (to reflect the importance of relationships and lack of data in venture); we have developed a customised approach to ESG (to reflect the lean management teams and limited bandwidth); and we have amended our standard term sheet (to reflect the need for significant follow-on capital).

We are also pro-actively working with the broader DFI community to share learnings and expertise as well as due diligence on specific funds. As a first step to greater collaboration, in December 2017 we organised the inaugural DFI Venture Capital Forum.

How DFIs can add value to venture investments

We believe there is an opportunity for the DFI community to help shape the development of the Africa venture market. DFIs can plug market gaps and anchor key venture funds, ensuring that there is sufficient capital to fund startups across the whole continent. We can mobilise capital from within the DFI community and from institutional investors to ensure that fund managers are able to meet their target fund sizes.

We believe there is also a significant opportunity for value additionality. Whilst there are experienced individual VCs in Africa, few managers have experience of building a venture firm, constructing a portfolio and dealing with institutional investors. This is clearly an area in which DFIs can help provide guidance. We can help install high standards of governance within funds, and their underlying portfolio companies. We think there is also potential to leverage our networks in Africa to help identify future employees, advisors and board members.

At CDC we also plan to use our networks within the US/EU venture capital community to raise awareness of African VC within the broader VC industry, mobilise follow-on capital for later-stage companies and help transfer key learnings and expertise from the US to Africa.

Michelle Ashworth is a venture consultant for CDC Group. This article was originally published in Proparco’s magazine, Private Sector & Development.