In 2011, when Swedish entrepreneur Marie Englesson approached global cosmetics brands to distribute their products in Tanzania, many indicated they were not interested in the market. 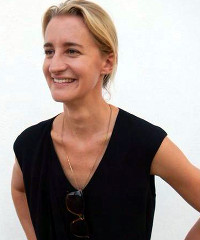 “Getting suppliers on board was much harder than I thought. They felt it was a little too early,” she recalls.

Undaunted, she opened the first outlet of her business Atsoko in May 2012 in Dar es Salaam, stocking products of the UK brand Sleek MakeUP. A year later Atsoko also began selling the Swedish nail-care label Depend Cosmetic.

The tide is gradually changing and more international brands are now eyeing Tanzania.

“One advantage I have now is being three years ahead of everyone else,” says Englesson.

By the end of the second quarter of 2015 she will stock products of Revlon and Maybelline. And Atsoko will also be doubling the stores it operates to four.

Englesson attributes the entry of more global brands to rising demand for high-quality make-up and beauty products among urban women. She notes global brands were initially hesitant to enter the market because there were few formal retailers. But this too is changing with the entry of Kenyan supermarket chains Uchumi and Nakumatt, and construction of more shopping malls. She notes that Mlimani City mall, one of the oldest in Dar es Salaam, is being expanded, while a new facility, called Mkuki House Shopping Mall, is under construction close to the city centre.

“Dar es Salaam is still three or maybe five years behind Nairobi, but urban Tanzanian women are trendy and have an eye of fashion. They are a very into cosmetics.”

“The average spend per client is about US$15 to $20 per occasion for one or two products. But then we have sometimes women who come in and buy a whole kit for $100 or even $150,” she says.

Englesson attributes the success of Atsoko to the fact that its products are sold at the same prices as offered in Europe. The stores also have make-up artists who advise and help clients pick the right products. In fact, one of the critical roles for Atsoko staff is educating customers.

“There is not much knowledge on cosmetics and make-up, so we need to educate customers on what’s a genuine or a fake product. We have to teach them the benefits of buying real brands and not going to the Kariakoo [informal] market to buy something they don’t know what its origins are.”

But, she adds, it’s hard to find staff who have the necessary experience because the formal retail sector is undeveloped.

And another challenge is registering new products with the Tanzania Food and Drugs Authority (TFDA) – a process that can take six to nine months.

Englesson was inspired to start the business after working for telecommunications company Tigo in Tanzania and Rwanda.

“I had a number of female colleagues at Tigo and whenever I went to Europe they’d ask me to bring them products they couldn’t get hold off,” she recalls.

But she notes that it would probably have been easier to start a business in Sweden because she knew how things work there compared with Tanzania, and as a result progress has taken much longer than she expected.

“You need to consider five to 10 years before you have a steady stable business. I am in my third, and only now am seeing things fall to place. In the first two years we had to formulate the business model and one needs to understand it takes time to find the right concept.

“It has been stressful but I don’t think I can go back to being an employee after this. It is a very creative process and you constantly see new opportunities and try to solve challenges. The one thing I can say for sure: it is never boring.”