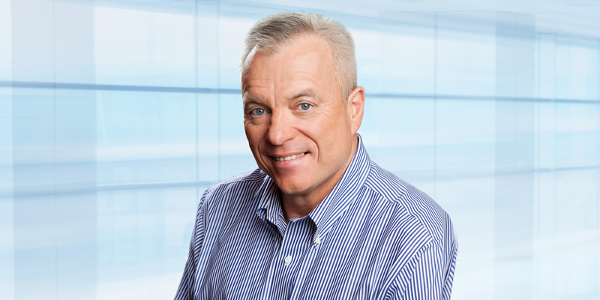 “It is not easy to get into business today. I think there are a lot more hurdles than in the past – more competition, the cost of money, and so forth. But if you have a dream, if you have a passion, don’t give up on it. Knock on every single door. You never know what is around the corner,” says Pierre van Tonder, CEO of Spur Corporation.

2. What parts of your job keep you awake at night?

I think the concerns of the current status of the economy and the consumer spend and so forth. Also in terms of our franchisees’ margins with specific reference to costs of running business today, for example electricity and building costs that have escalated enormously. So how do you keep on growing in an economy that is not that fluid? Well, it keeps my attention – it doesn’t keep me awake as I do sleep. But it concerns me that we don’t seem to have very clear guidance, certainly from the South African consumer’s perspective, from a government point of view of where we should be going and how that can affect all South Africans.

So that does kind of concern me enormously for the future. But having said that I think as South Africans we are very resilient, all 50 million of us. So those challenges we will all meet head-on as we go.

Allen Ambor, my chairman. I have been with him for a long time and I think his mentorship [has had a big impact]. People always ask me how come I have been working at Spur for so long, and I think it is because of the freedom, and how he has allowed me to express myself within the business. There is no question that he has given me the opportunity – from being a trainee manager to growing into my position of the CEO of a public company.

4. What is the best professional advice you have ever received?

You know, I am not a qualified accountant or an MBA or so forth, and I think it is a very broad question to answer. I think the experiences that I have had with certain organisations [has been key] – one learns every single day.

I have been fortunate enough to attend certain courses, such as at the London Graduate School of Business. I also belong to a big worldwide networking organisation that does a lot of business conferencing. So I think those have had huge influences on my career in terms of giving me guidance, especially when it comes to strategy and thinking and plotting and planning the way forward.

I also think, at the end of the day, being a public company in South Africa,we have a very strict code of conduct… I’m talking general principles. And I know that if you don’t, I suppose, buy into that whole King Report and Corporate Governance today you will be caught wanting from a shareholder perspective.

So those are the type of influences and learnings that one picks up and has to be on top of to really maximise shareholder return and company profitability. And at the same time we’re a very people-orientated business as well, so there are a number of people who I work with who have had an enormous influence in the growth of this company.

5. What are the top reasons why you think you have been successful?

Keep it simple – less is more. I have always had an old adage that it doesn’t matter how big and how successful we are, I always tell our franchisees that we are as good as our last meal. It doesn’t matter that we have been around 47 years, people will always judge you on the last meal that they had. Yes, we have created a reputation… but you can never take anything for granted. So when you wake up in the morning you must be customer-centric, and I don’t think it is a glib statement. Our franchisee profitability and our market share are dependent on the interaction and level of service provided to the customers out there. So your philosophy [has to be] to meet customers’ expectations – not just once, but continuously.

6. In your opinion, where’s the best place to prepare for leadership? Business school or on the job?

In today’s environment, which is a very technical, I think it is a mix of both. If you look at it from a public company point of view, we are a very strong operating company. But I do think it is an advantage to a business career to have a formal education, whether it is in accounting, or law, or business science – whatever the case might be – I think it just gives you that extra little edge.

But, having said that, if you look at some of the great entrepreneurs in South Africa – they might not have the highest qualifications from a tertiary point of view, but they have hands-on experience. So to answer your question, I think it is a mix of both.

I relax with my family. I am blessed with my wife of 26 years and two wonderful children. We do family holidays. I also play a bit of golf.

8. By what time do you like to be at your desk?

I used to be an early morning junkie, saying the earlier the better… But in the latter part of one’s career you also must look after yourself physically… So I like to do a bit of exercise in the morning first, and I am here at my desk by 8:30am latest.

Also it is a different type of [work] situation because we travel a lot, and we visit our restaurants at night… I always tell people when they come into our business that they must remember the restaurant industry is a lifestyle-changing industry.

I suppose one of my strengths is that I can read people’s body language and I always tell them that before they apply for a job here, [they should] go sit in one of our restaurants. It doesn’t matter whether they are a marketing guy or a procurement person, go sit and “feel” the brand and then tell me what they think about it. What does the family brand do for them? What does Hussar Grill, RocoMamas or Panarottis do for them? Does it ignite a flame? Do they have a passion for this industry? Because if it is simply a job they are looking for, they are not in the right place.

So when I interview people, I ask them if they have a passion for this business. Because as they say at RocoMamas: “We’re not normal.”

10. What is your message to Africa’s young aspiring business people and entrepreneurs?

It is not easy to get into business today. I think there are a lot more hurdles than in the past – more competition, the cost of money, and so forth. But if you have a dream, if you have a passion, don’t give up on it. Knock on every single door. You never know what is around the corner.

And have a real positive outlook. Africa is still a continent of huge opportunity, even if you look at South Africa… We are a tenacious bunch, all of us in this country. And yes, we have challenges, as does all of Africa. But I think we have some of the world’s leading entrepreneurs across this continent because they have to deal with adversity and different [obstacles] every single day.

Pierre van Tonder joined the restaurant chain, Spur Steak Ranches, in 1983 as a trainee manager at a Cape Town branch. He has steadily been making his way up the company’s ranks, which was restructured to form the JSE-listed Spur Corporation in 1999. In 2006, Van Tonder was appointed as the group’s CEO and has overseen much of the company’s expansion across the continent, as well as a number of acquisitions of other restaurant chains.

Spur Steak Ranches was first founded in 1967 in Cape Town by Allen Ambor (who is now the Spur Corporation’s executive chairman). Today the Spur chain has a presence in 12 African markets (and is set to open in Ethiopia early next year), as well as Australia, the UK and Ireland. The group also consists of Panarottis, John Dory’s, Captain DoRegos, The Hussar Grill, and RocoMamas.