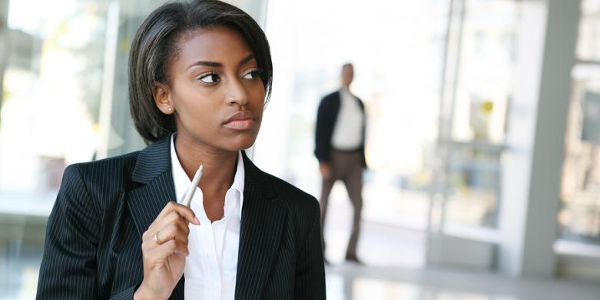 Research by McKinsey shows that Africa has more women in executive committee, CEO and board roles than the global average. However, with only 5% of CEOs and 29% of senior managers being women – as well as only 36% of all promotions going to women – there is still huge room for improvement.

African companies with boards that are at least one-quarter female experience, on average, 20% higher earnings before interest and taxes (EBIT) than the industry average.

This is according to the findings of McKinsey & Company’s recently released Women Matter Africa report. The research draws on surveys conducted with 55 leading companies across the continent; interviews with 35 African women leaders; and analysis of the financial performance of 210 publicly-traded African businesses.

Some of the reasons highlighted in the report for why companies with a greater number of women in leadership positions perform better include: enhanced risk management; openness to new ideas and ways of doing things; improved collaboration and cooperation between stakeholders; and stronger ethics and consistency in making fair decisions.

Companies with greater gender diversity are also better equipped to understand the needs of female customers – who directly influence 70-80% of global spending, notes the report.

What companies can do to improve gender diversification

The report’s research also shows that Africa has more women in executive committee, CEO and board roles than the global average. However, with only 5% of CEOs and 29% of senior managers being women – as well as only 36% of all promotions going to women – there is still significant room for improvement.

“As much as we can celebrate that Africa is above the global averages, it is in light of a pretty poor average across the globe,” says Tania Holt, partner at McKinsey & Company and co-author of the report.

“Saying that only 5% of the CEOs in Africa are women does not leave a lot to celebrate.”

So, according to McKinsey’s research, what should African companies do to improve their gender balance? First, they should make gender diversity a top board and CEO priority. Once these transformation strategies have been developed and enforced by senior leaders, progress needs to be monitored.

Secondly, company leaders should anchor their gender diversity strategies in a compelling business case. This must be effectively communicated, so that employees understand how to use these strategies to further their individual interests. Companies must also address attitudes towards women in the workplace by educating employees and reviewing and changing processes (such as recruitment and performance reviews) to make decision-making more objective. The report suggests including men in gender-diversity transformation initiatives and conducting surveys to better understand what some of the limiting attitudes towards women are.

Finally, the research recommends that companies implement a fact-based gender-diversity strategy. “Develop a strategy based on solid gender-diversity metrics and address the root causes of lower shares of women’s representation,” highlights the report.

“Metrics include pay levels of female versus male staff, women’s attrition rates and reasons for exiting, the percentage of women receiving promotions and in which roles/ functions, and organisational health metrics (such as job satisfaction, perceptions of meritocracy, work-life balance, and desire for advancement).”

What aspiring women leaders can do

Africa might hold more women in private sector leadership positions than the global average, but Holt says this has less to do with company transformation initiatives and more to do with the willpower of women managers to move up the ladder.

“The fascinating thing is that when we spoke to many of these women leaders across the continent, we found a lot of it had to do with the pure, sheer drive of the women themselves, and their will to get to the top positions within the organisations,” she told How we made it in Africa.

“Little has been done within the structural levels of the organisation, particularly in the private sector. So it really comes down to the drive of the women themselves.”

Some of the strategies that helped these women leaders get to where they are today include going above and beyond what was expected of them, and building resilience in the face of adversity. Many said they developed this work ethic in response to gender bias, noticing that they had to work twice as hard as male peers to earn the same recognition. They also had to “cultivate a veneer of toughness, refuse to take setbacks personally, and have the courage to dissent”.

Other common characteristics of women leaders include persistence in achieving goals, a willingness to take risks and a commitment to professional development, where they actively looked for career opportunities and ways to improve their professional skills.

They also found mentors (both male and female) to provide advice, feedback and self-reflection, as well as becoming mentors themselves. They encouraged other senior women to do the same.