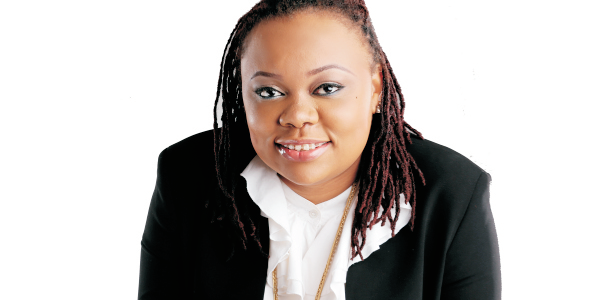 Since the beginning of 2016, when crude oil prices dropped to below US$30/barrel, there has been a significant deal of uncertainty in the oil and gas industry, especially whether crude oil prices may ever return to pre-2014 levels of > $100. Although the prices currently average $70/barrel, the apprehension about its continued sustainability is still palpable.

The major factor that leads to decline in oil prices is the comparative increase in its supply relative to demand. In the intervening period the emergence of shale oil means that the US – the world’s largest consumer of crude oil – is now a net exporter of the product. In addition, the shift from crude oil to greener and more efficient sources of energy – like major consumers of petroleum products announcing plans to ban the production of petrol and diesel vehicles by 2040 – has also contributed to the relative decline in crude oil prices.

As uncertainty in the industry persists, the various tiers of government in Nigeria continue to explore alternatives for diversifying the economy especially in light of the recent economic recession largely caused by the decline in crude oil revenue.

In response to the foregoing trend, many oil and gas companies are equally considering investment in the non-oil sectors. After all, with estimated population of 200 million, abundance of other natural resources including arable land and a dynamic workforce, Nigeria presents a huge potential of untapped or under-tapped market. Recently the CEO of a local oil company emphasised the need to diversify into agriculture and other non-oil sectors. His guidance is further strengthened as agriculture sector experienced a 48.74% growth in the last 12 months to March 2018, compared to 21.13% for oil and gas within the same period.

Why agriculture?: ‘Investing in the future’

Globally, agricultural trade has been a catalyst for growth, especially in developing countries where it is a primary source of foreign earnings and employment generation.

The relatively diverse variety of climatic conditions and large areas of arable land in Nigeria make it possible to grow a wide range of crops as well as rear different livestock. Latent opportunities in the industry are expected to increase as the government strives for food self-sufficiency. An example of such will be in the production and processing of rice and wheat as the Nigerian government aims to cut importation which costs the country $4bn annually.

Key drivers for investment in agriculture include:

Profits generated from agriculture can be exempted from taxation for as much as five years under the “pioneer industries’ status while various funding opportunities – some through specific intervention funds – including single-interest loans, are available for agribusiness.

Continued efforts by the Nigerian government to form public-private enterprises in output-inefficient industries is likely to lead to further private investments and increased productivity in industries. An example is the Green-River Project (Nigerian Agip Oil Company flagship initiative) which partners with state governments in providing improved and sustainable cultivation systems to farmers.

Agricultural activities currently contribute to more than 21% of Nigeria’s GDP and provide employment to 70% of the Nigerian working population, which is comparatively higher than the contribution from the oil and gas sector.

In addition to the above, it is pertinent to highlight that agriculture does not necessarily require huge start-up investments comparative to either the oil and gas sector or solid minerals. Also, oil and gas firms are used to high-risk-taking activities whereas agriculture presents a less or manageable risk profile. Finally, agribusiness has lower barriers to entry than oil and gas or other extractive industries which are currently in the exclusive list of control with tighter regulatory framework

The relative impressive performances of the top two companies in the agriculture segment of the Nigerian Stock Exchange (NSE) in 2016 and 2017 – a period when top oil companies were struggling for survival. The two companies, both into palm oil and rubber processing, are among the top-10 listed companies with the highest turnover in the NSE.

In recent years, the listed agriculture companies have witnessed growth in operating profit at a CAGR of 49% (2013-2016), while top performing oil and gas companies had -12% within the same period. This has been attributed to reduced capital requirement and operating costs of agriculture in comparison to oil and gas. This situation is quite attractive for investors as the operating profit margin highlights fund available for debt and equity capital providers.

What capabilities can oil and gas companies transfer to agriculture?

The oil and gas industry by its nature is generally capital intensive, high-risk and subject to tougher regulatory requirements. Similarly, the agriculture value chain also possesses the same attributes but in different contextual frameworks, yet, with potential for better returns on investment.

Tank farms currently owned by downstream oil and gas companies – with proper reconstructions and regulatory compliance – can be converted to storage facilitates for agricultural produce, e.g. palm oil, palm kernel oil, soya oil, vegetable and other cooking oil. In a similar vein, investments can be made in vegetable or palm oil refining as against crude oil refining in preparation for a future with alternative sources of energy.

Although the skill sets required for most oil and gas business are distinct from those for agriculture, it has to be noted that the human capital in both industries are trained to be risk conscious especially in deploying highest standards of quality, health, safety, security and environment (QHSSE) compliance. This skill can be transferred to CSR, host community and sustainability endeavours from oil and gas to agribusiness.

Putting it in action

The recent global oil crunch is a major wake-up call for oil and gas industry players to explore the agricultural value chain and identify opportunities that exist. As interest grows in agriculture, funding from international partners are
expected to increase, reducing investment risks. This is evident in the African Development Bank’s (AfDB) investment strategy worth $24bn for the development of the regional agricultural industry.

Organisations seeking to invest within the agriculture value chain should assess opportunities that exist and equally seek the right technical partners as well as professional consultants in providing guidance for successful implementation.

Mary Iwelumo is a partner at PwC and Sonny Nwarisi is associate director at PwC. This article was originally published by PwC.