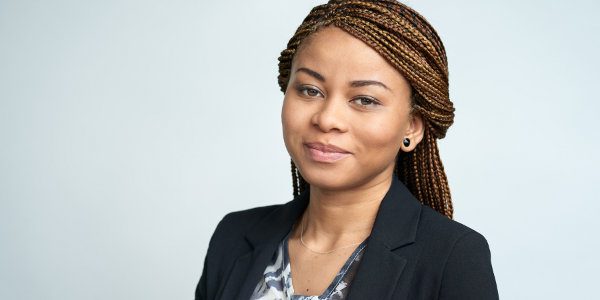 Omolade Oladipo is an analyst at RisCura

As Africa’s largest economy, is Nigeria poised to rise up against the challenges it faced in 2015 and current struggles in the New Year?

The new government needs to clearly articulate its economic policies and steer the economy on a path to growth and sustainable development. Some band-aids may need to be ripped off once and for all, especially currency control measures, in as much as real growth cannot be hinged on a false state of affairs.

Year 2015 marked the beginning of change in Nigeria’s political climate and the exercising of the democratic will of the people, to the chants of “Sai Buhari” and “Change”, when the elected President, Muhammadu Buhari took office on May 29th. The government is seen to be focused on phasing out corruption in the public sector, and is expected to scale down the bureaucracies’ elongating processes and improve the speed of accomplishment within the government’s ministries, departments and agencies (MDAs).

However, this change has been a test of patience for most Nigerians who expected Buhari’s will to change the nation in the blink of an eye. Owing to this slow momentum, the cabinet of the new administration was not sworn in until the 11th of November, which left little time to achieve any deliverables for the year. The economic direction of the administration was not communicated and macroeconomic objectives infusing monetary and fiscal propositions seem to be wanting.

The Nigerian stock exchange, NSE, closed the year on a relatively positive note, as the ASI increased to 28,642.25 owing to upward traction gained within the last two days of trading for the year. However, this victory over the losing streak recorded in December was not continuous as the close of the first week in January 2016 led to a depreciation of 5.63% of the ASI to close at 27,028.39 and market capitalisation at N9.296 trillion. This is considered to be a reaction from investors taking profit and exiting the remainder of their investments in the absence of a sound economic direction from the government.

Nigeria is also losing a battle against inflation and its currency, the naira continues to depreciate. Economists and the government appear to be on opposing sides about the condition of the currency. While analysts are advocating a further devaluation of the currency, the central bank continues to defend the official rate with declining federal reserves that could be put to better use or at best left to grow.

The naira currently stands at N197 to $1 in the official market while the parallel market trades at between N300 and above to $1. This indicates that the naira needs to be devalued even further or most effectively, left to float freely.

The government can take a cue from Argentina’s new president, Mauricio Marci who has now allowed the peso to float freely in a bid to normalise the economy and correct adverse interventionist policies of the previous government. Marci also hopes that by this he has signalled change in the financial markets and thereby aided the reintroduction of Argentina to the international credit markets since its isolation in 2014 after a second default.

Allowing a floating exchange rate might be a bitter pill for all parties to swallow but in the long run it will bring considerable advantage to the economy. Currency controls such as restrictions on local demand for foreign currencies are not sustainable neither will they bring a lasting solution to the challenges being faced.

The decision on the currency will be a very positive and bold step forward by the government because it is the singular most important on-going debate about the state of the nation and will improve the confidence of investors; most of whom are currently waiting to see how things unfold and, as a result, are not active in the market.

The outlook for Nigeria for 2016 is positive; with expectations for international trade to advance, increased agricultural and mining activities, further deepening of the capital markets through the introduction of alternative asset classes and optimisation of foreign partnerships in certain growth sectors amongst others. But without adequate structures and policies by the government, the Nigerian growth story may be too ambitious in the medium term.

Omolade Oladipo is an analyst at RisCura.