Entrepreneurship is no easy journey. Kenyan Mark Kaigwa says that despite the challenges entrepreneurs face in Africa, it is still worthwhile for young people to go into business. 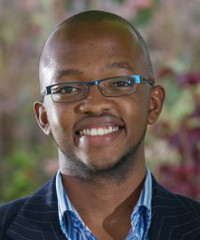 Kaigwa is the founder of social media consultancy Nendo Ventures. According to the 26-year-old business and IT graduate, entrepreneurship can be the “hardest thing” one can do, but it is a rewarding and fulfilling journey.

“The continent needs people to genuinely be committed to creating enterprise,” says Kaigwa. “It may end up being the hardest thing you ever do in your life given the amount of sacrifice, the comforts that you choose to waive, the risks you take and how you react in the face of failure or circumstances that don’t go your way. It’s probably the truest way to find out what you are made of.”

Kaigwa rose to prominence in Kenya’s tech scene in 2009 when he founded consumer service startup GotIssuez, which operated much like an online suggestion box. The market research company enabled consumers to document their experiences, both bad and good, online. In recent years Kaigwa has focused more on social media enabling businesses in Africa to connect with consumers.

Earlier this year his company released the Nendo 2014/2015 Social Media Trend Report. Kaigwa says releasing the report was critical because current data on digital trends tend to come from the US and Europe.

“[I figured] if I don’t create [a trail of] breadcrumbs along this digital journey, who will? [Africa] is doing great things on social media. You have people working and riding the wave but not enough people standing on the beach taking pictures that show how everyone was riding the wave. We needed someone to take a panorama to show us what the present and the future is.”

Kaigwa notes that with millions of Africans now online, businesses need to embrace a level of greater openness via social media.

“Businesses can’t get away with offering terrible services anymore,” he says. “Businesses have to become smart in how they deal with consumers, how they involve [customers] in communication.”

Failure is part of success

Kaigwa notes that over the last seven years in which he has been actively involved in technology and enterprise he has made “too many mistakes to count”.

“I drank a lot of the Kool-Aid for social media very early on. I felt social media was going to change everything. What I needed to do was manage my expectations on how long it takes a market to change. Upon finding some frustration and not exactly seeing the results I was expecting, I took the route of speaking and training because it is fundamental that the market is educated. I just feel that if business leaders were well educated and informed on social media they would make better decisions [regarding their digital strategies].”

Looking back, Kaigwa says his mistakes “have all proved to be valuable life lessons”.

“Failure is part of the recipe of success. Most people don’t care to admit it, but show me 10 people who have succeeded and I will find it hard to find anyone who has succeeded on his first try.

“I think [in] technology you always have a lot more misses than hits. The odds of any business are stacked against you surviving to the fifth year. It’s a matter of time will tell, but I have to say I could not have picked a greater group of people to learn the lessons that we did in the time that we did. We have learnt things about the market that nobody can teach you.”

Kaigwa has been actively involved in training business leaders and other youth. So far, he has spoken in more than 20 countries across the world, carving a niche as a digital consultant and strategist.

“I have been so fortunate to travel at an early age and see other African countries and I have met people who have amazing dreams. There is no greater purpose than to say in my own small way I tried, not only to do something for my country that I can be remembered for, but more importantly to have done something for Africa.”

During difficult times Kaigwa says he finds motivation in the thought that his endeavors will have an impact on other people’s lives for years to come.

“History won’t erase the role that entrepreneurs have played to prop up [African] economies, create jobs, innovate and, most importantly, solve problems. There are still so many problems unique to Africa that people would be happy to pay to have solved. It is the time for entrepreneurs. Many will fall, if not all of us at some point. It is truly a sacrifice, but that reward and legacy that comes with it is something I think is truly special, especially if you have a purpose that is bigger than you. It is worth pursuing no matter what the outcome is.”