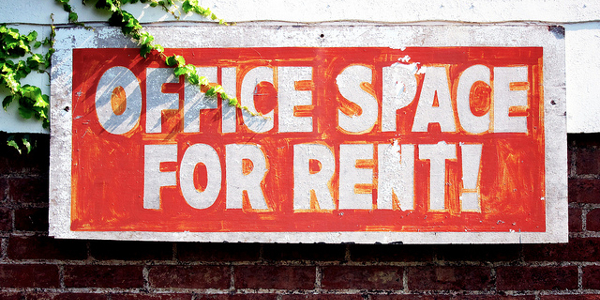 New commercial real estate developments in markets across Africa – especially those in economies affected by low commodity prices – will likely lose some of their value over the next few years, according to African real estate expert, Kevin Teeroovengadum.

He has over 18 years experience in African markets, and was involved in the introduction of some of the first A-grade malls and office spaces in countries like Ghana and Nigeria. Teeroovengadum also witnessed the flurry of similar investments over the last five years, but believes that many of these new developments will face a period of devaluation – especially A-grade properties.

The cause of this is the current mismatch between the rentals sought by landlords, and the amount that tenants are willing to pay. The last few years have been an eye-opener for many retailers and businesses during a time of slower growth and less spending power – and many have had to reassess their African expansion strategies. Some have opted to reduce costs by tenanting less-premium office or retail buildings, or by occupying smaller spaces. Others have simply decided to withdraw from markets completely.

As a result, a number of retail and office spaces in new developments are still vacant, and landlords have had to either reduce rents or offer special deals, like fixed rental rate agreements for three or four years.

Overall, there has been a decrease in rental prices. For example, the rent for an A-grade office space in Accra, Ghana, has come down from about US$47-48/m² a month to around $32-35/m², says Teeroovengadum.

“And in Lagos, Nigeria, monthly rental levels were around $90/m² about a year-and-a-half ago and now they are looking around $50/ m².”

This reduction affects the building’s bottom line and, therefore, the overall value of the property.

On the other hand, the cost of developing these properties has actually increased over the years.

“For example, if you built a 20,000m² mall in 2008-2009, your cost of development, including land, would be pretty much around $40-45m. But if you fast forward to the last few years, you will see a lot of developments that have come up – or are still under construction – at a dollar cost that is two or sometimes three times more than what it was back in 2008 and 2009.”

The cost increase is even more dramatic when calculated in local currencies. For example, in 2008 the dollar exchange rate to the Ghanaian cedi was almost one-to-one.

There have been a number of factors that have caused the rise in development costs. First, land costs have increased dramatically over the last decade – a result of a demand/supply imbalance.

“If you go into these markets to try build a shopping centre or office block, there is not a lot of land or opportunities available… There are very few opportunities for sizable land in good locations with no title risk,” he explained.

“But then on the other side, there has been so much money raised by private equity funds and investors from South Africa trying to do their African expansion strategy over the last few years. It is a lot of money chasing very few land opportunities and that has created a huge spike in the land prices.”

Furthermore, increased construction costs, professional service fees and funding costs have all made it more expensive to develop. With very few local contractors, developers don’t have the bargaining power to negotiate down fees – and end up paying much more than they would elsewhere. There is also no incentive for professionals, such as architects and engineers, to reduce overall construction costs, as their fees are often calculated as a percentage of development costs, noted Teeroovengadum.

“And then the premium that banks charge has increased. So even in a world of low yields, your cost of debt hasn’t reduced. In fact it has increased, especially in these African markets,” he continued.

Add this all up, and the cost of development is a lot higher today than it was 10 years ago. Yet GDP growth and business affordability for these real estate developments has actually fallen and investors are struggling to get the rentals they had calculated in their business plan.

“Over the last few years there has been a lot of hype and a lot of investors, developers and stakeholders haven’t really analysed these markets. But going forward we are seeing this change – meaning they are thinking about what is sustainable in terms of rental levels and development costs… and how to give the market the right product.”