A recent How we made it in Africa article with the title ‘Is the US missing out on Africa’s opportunities’ sparked a debate on a number of social media platforms. 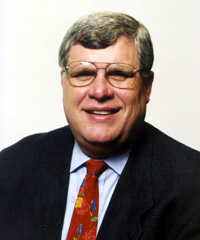 One US-based investment advisor who agrees that the US has not fully tapped into the African opportunity is Robert Scharar, president of financial planning and investment firm, FCA Corp, based in Texas.

“I think that could be deemed to be a major problem for the United States,” Scharar told How we made it in Africa. “I think the US has had many opportunities to play a greater role as an investor in Africa and it has largely been omitted from most people’s plans.”

According to Scharar, there are several reasons why this has happened. For starters, he believes that Africa’s growth story has often been sidelined by the negative news coming out of continent, and has therefore not received enough media attention.

“So Africa may not get the publicity and understanding that it should,” he explained. “What happens is that our news is filled with the tragedies and the heartbreaks, which certainly exist, but it’s not necessarily filled with the successes. Most Americans really have the wrong perception.”

Scharar, who has over 20 years experience of investing in Africa, added that the perceived risks of doing business on the continent are actually much larger than the actual risks.

“There have been some experiences with governance issues; that certainly is a problem in some parts of Africa… I have been travelling in Africa for almost 20 years and my experience has been that by and large those issues are not that much of an issue. You can do business there pretty transparently and without the corruption that one might contribute to some of the government activities. I think the business community is much cleaner than that.”

“So it’s just a perception issue,” he continued. “There is a failure to appreciate the opportunities that exist in Africa. You have a rapidly growing educated class of people that want the same things that everybody else in the world does. You know, a better lifestyle for their families, security, all the things that everybody else is looking for – and that is just taking rapid effect.”

Scharar is also the investment advisor and fund manager of the Africa Fund, one of the five mutual funds of the Commonwealth International Series Trust. The Africa Fund was launched in 2011 and invests in publicly traded companies across Africa. According to Scharar, it is one of only a few Africa funds available in the US that focuses exclusively on Africa and whose management is based in the US.

“I think the African markets in many cases [offer] great value. The dividend yields are higher than the US market’s. When you look at fundamental valuations of companies, the types of things we look at is what is the price to the book value of a company, what is the price to the earnings, what is the dividend yield, what are their growth rates – those statistical bases often are very, very attractive in African public companies. So you can be rewarded. The timing may not be tomorrow morning, but it’s certainly in my lifetime and it’s not necessarily decades away at all. This can happen fairly quickly… in the US right now our dollar is very strong largely because everybody else is very weak, but that can reverse fairly quickly… and I think it’s just a great opportunity to diversify your portfolio by investing in Africa.”

Scharar said that a lot of US investors do not realise that Africa’s business environment is not so different from the US’s, and advises other American and global investors to visit the continent to better understand the diverse markets and opportunities.

“I think we are missing an unbelievable opportunity… Africa is much more in line with the US than people appreciate. People in a large part of Africa speak English for example – it is easy to conduct business. Many countries in Africa function under laws that are similar to what we have in the US and their corporate structures,” explained Scharar. “But that is not known to people so we are just missing this opportunity to do business with a continent, much of which wants to do business with us.”