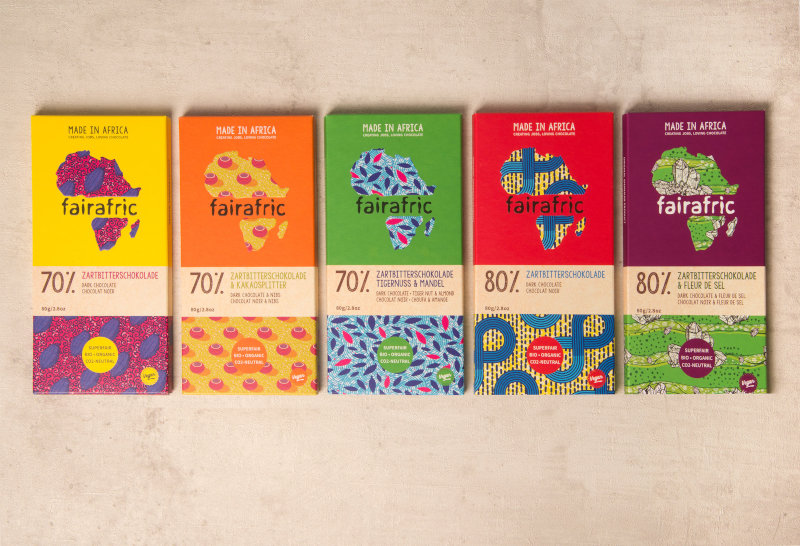 Hendrik Reimers, CEO of Fairafric, visited a coffee plantation while travelling across Uganda on a sabbatical in 2013. During his visit, the guides invited him to sample the coffee. The plantation only exported raw coffee beans, and Reimers was surprised the growers didn’t process and package the coffee to sell it at a much greater price.

Sensing a gap in the market, he returned to Germany, where he worked in sales, to plan how he could produce value-added agricultural products in Africa. Settling on chocolate produced from cocoa beans, the entrepreneur launched his chocolate company in 2016 through a crowdfunding platform and began operations in Ghana in the same year.

“Developing recipes in my kitchen in Munich, I eventually took the leap of faith, quit my job and started the company,” he says.

Buying land near Amanase, a town 50 km north of the capital city of Accra, one of the first hurdles was to build a processing plant capable of large-scale premium chocolate production. Previously, the company had been using facilities owned by other manufacturing companies. To scale up, Reimers secured investment from a mid-sized German chocolate company and the factory was completed in 2020.

With a current capacity of around 300,000 bars each month, Fairafric exports the majority of its chocolate to Germany, Switzerland and France. Operating out of a free zone, the export-only business receives certain incentives like tax breaks on sugar imports in return for the initial investment in Ghana and domestic job creation. 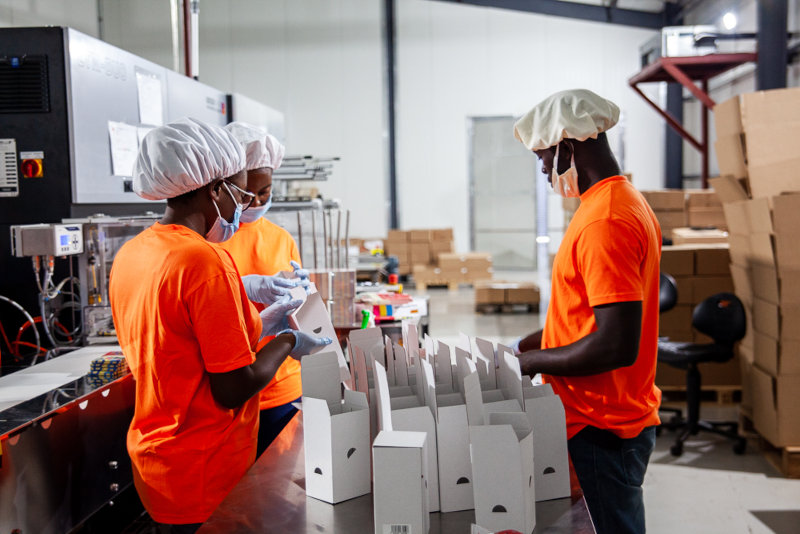 However, trying to break into the highly competitive and saturated European chocolate market with a brand made in Africa comes with its challenges. Most consumers look for the Fairtrade labels on products that originate in developing markets. The certification requires companies to pay smallholders more money than the market price when buying their crops.

Yet, Reimers believes adding a premium to the price of raw materials acts as a stopgap to extreme poverty but does little to address wealth creation and job opportunity; that it effectively continues the colonial practice of extracting raw materials from Africa. In contrast, the CEO says consumers should look for chocolate that is actually manufactured in Africa as it requires far greater investment and job creation in host countries.

Although around 70% of the world’s cocoa beans are grown in West Africa, the region captures only a tiny fraction of the wealth created from the billion-dollar chocolate industry. This is largely because of poor domestic manufacturing capacity that hinders companies from adding value to cocoa beans by turning them into chocolate. Instead, most of Africa’s cocoa beans are exported to developed nations where the raw material is processed and sold at a huge mark-up. 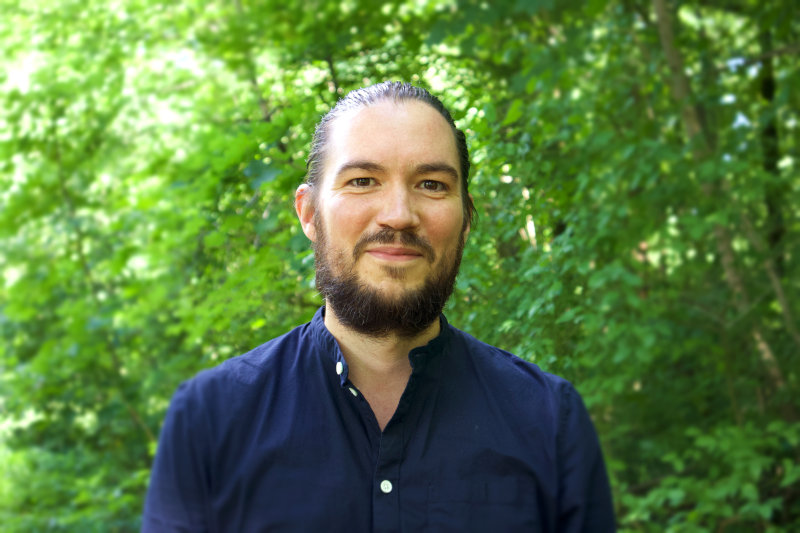 One of the main headaches when producing high-quality chocolate in Ghana is power issues. “We do have solar but we have a power cut every day, sometimes several. Unfortunately, we have to rely on diesel generators as solar cannot cover all shortfalls,” says Reimers.

The factory is currently running at around 5-7% capacity but in four to five years, Reimers hopes it will be able to produce four million bars of chocolate a month. “It is constructed in such a way that it is very easy to double capacity. My vision is to do €100 million in annual sales by 2030, up from around €2 million now.” 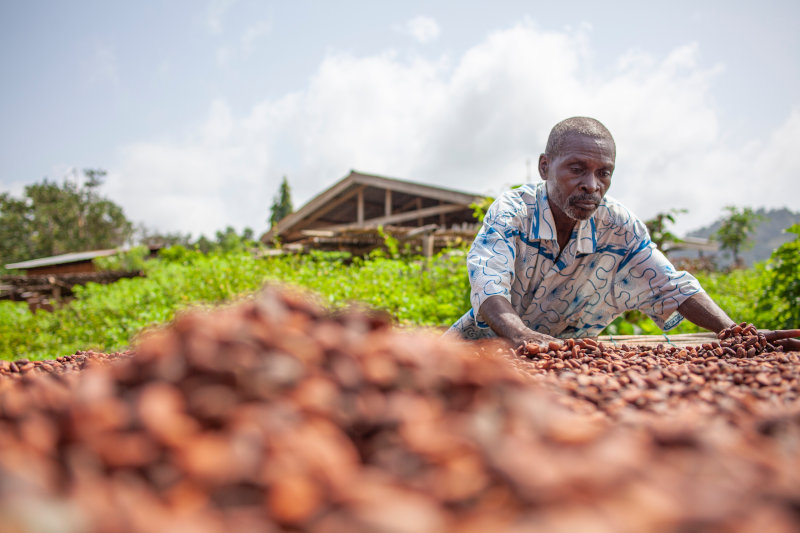 The company buys organic cocoa beans from its partner cooperative Yayra Glover through the Ghanian commodity exchange. This can impact the supply of raw materials as price fluctuations in the global cocoa market influence the price of goods at the exchange. However, Fairafric already pays several premiums on top of the price of beans. Therefore, changes in global prices have a minimal effect on the company’s budget.

Aside from ramping up production, Reimers hopes to expand the business by diversifying the product offering. He plans to add several cocoa products to the portfolio each year, starting with chocolate drops and pralines. Seeing Fairafric more as a platform for transformative business in Africa, he is also looking at opportunities in other commodities like coffee, tea, nuts and fruits.

He believes one key strategy for success in export-led businesses is to make sure the scale is sufficient to regularly fill containers at the docks. Without enough goods and half-full containers, it costs more in shipping fees than the monetary value of the goods inside the container. For this reason, there are a lot of small-scale ‘made in Africa’ chocolatiers that have been unable to break into the European market. As one of the largest manufacturers of African chocolate, Fairafric is relatively unique as a company that maintains a consistent supply of exports to more developed markets.