In 1979 Robert Rose, a UK national then based in Zimbabwe, started Promasidor and pioneered the concept of selling long-life milk powder in small sachets in the Democratic Republic of Congo (DRC). Over the last three decades, the Promasidor Group has replicated the business model in 30 countries in Africa, selling milk powder, food enhancement products, beverages and children’s snacks in small sachets. 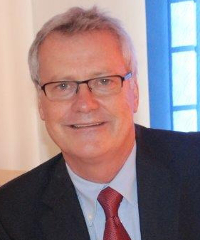 The group’s success has largely been driven by its powdered milk brands Cowbell, Loya and Miksi, especially in West Africa where the dairy industry is not well established. In Nigeria, Promasidor’s Cowbell Milk is the leading powdered milk brand, while the company employs over 1,000 people and supplies neighbouring countries including Benin, Niger, Chad and the Central African Republic.

“From nothing 30 years ago, they have built a business of about US$600m largely based upon milk powder,” says Robert Clarke, managing director of Promasidor Kenya.

While its milk products have been successful in West and North Africa, the business model hasn’t been as successful in countries like Kenya.

“Milk powder doesn’t work in Kenya [because] there is a very large dairy industry here. So, the business model of Promasidor basically doesn’t work here. The company has been here for about 20 years and has tried to do various things including Mchuzi Mix, children’s snacks and some milk powder. But generally, it has not been very large or successful compared to West Africa.”

In Kenya, Promasidor has invested heavily in its Sossi brand, a soya product which when prepared, “tastes a little bit like tender meat or chicken”. The product, targeted at low income earners with limited access to protein, was first introduced and successfully adopted in Malawi and Zambia.

“If it works here [Kenya], then it will be the basis of another leg for the group to be rolled out in the rest of the Promasidor world, specifically in West Africa and North Africa,” says Clarke. “The whole project is about, first of all, educating people on the benefits of soya and the fact that you can get a nutritious and beneficial source of protein at the fraction of the price of meat.”

Promasidor works with commercial and small-scale farmers in Kenya, as well as Uganda and the DRC.

“It has never been a particularly important product [in Kenya] because most of the market for soya beans has been in animal feed… supplied from large markets such as India and Brazil [which] grow soya as a means of extracting oil. We are the first company [in Kenya] to develop soya beans for human consumption.”

So far, the biggest challenge Promasidor faces in Kenya is convincing people of the benefits of soya.

“It is one of the marketing challenges [we have] because an average Kenyan’s idea of success… is that you eat lots of meat, you drink copious quantities of beer and you end up getting very strong and large.”