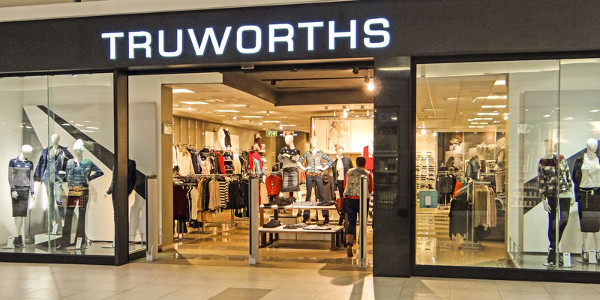 You may be aware of the clothing retail sector’s golden decade that South Africa has just experienced. However, with consumer confidence in the economy at lows not seen since the eighties, clothing retail stock market prices have tumbled to levels that look temptingly cheap compared with the past 10 years.

This is according to Meryl Pick, retail analyst for Old Mutual Investors Fund at Old Mutual Investment Group, who believes that the next 10 years of retail will not look as good as the past decade. Therefore only those retail companies with the most innovative customer strategies and razor sharp operations management will thrive this time around, and investors will need a disciplined investment manager to sift out these opportunities.

Pick points out that much has been said lately about the state of the South African clothing retail sector, as Truworths flags stalling profit growth, Woolworths cites challenging trading conditions, and high-end retail giant, Stuttafords, prepares to close its doors after 159 years of trading in the country.

But while investors may favour a bargain, cheap is also relative to value. “I love a good bargain, but there is always the risk of buying something because it’s cheap and not because it adds any value to my life. The same is true for investing – before making a decision to purchase shares in any company, it’s important to unpack the longer-term value.”

Reflecting on both the economic environment, local market and global retailing trends, Pick believes that the golden decade for clothing retailers is over, and outlines reasons why the sector is unlikely to deliver the same value for investors as it did in the last decade.

In comparison to 10 years ago, South Africans are today becoming richer at a slower pace. The Living Standards Measure (LSM) is a marketing research tool commonly used by retailers as an indication of South Africans’ income levels and spending power. The target market for national retailers listed on the stock exchange is LSM 6-10.

“In 1994, 30% of the population was categorised as LSM 6-10. Ten years later, this segment had doubled to represent 60% of South Africans,” says Pick. “All retailers were lifted by this rising tide. However, this tide is now receding as the pace of growth in employment and social grant pay-outs wane, making growth in the retail sector going forward more of a challenge.”

She adds that another reason for the sector’s flagging performance is the tightening grip on short-term credit by the National Credit Regulator (NCR) and the Department of Trade and Industry (DTI). “Between 2003 and 2016 the number of store accounts held with national retailers grew from a combined 6.5 million to 11.5 million. That’s nearly double over 13 years,” says Pick.

“Today, new credit regulations are making it more difficult for stretched consumers to take on short-term unsecured credit. As the economy slows, the pool of credit-worthy customers has stopped growing. This presents a tougher environment for the likes of Truworths, The Foschini Group and Edcon as between 30% and 50% of their sales are made on credit.”

The opportunity for market growth has also waned. “National retailers have opened, on average, four new stores every month over the past 10 years. In 1998, national retailers held 56% of the South African market share; today they hold 72%,” says Pick. “National apparel chains have consolidated the retail sector, squeezing out independent retailers by launching new brands or acquiring the independent brands.”

The increased sale activity of these international brands has forced local retailers to begin discounting quite heavily in an attempt to compete. Mr Price, for example, which is normally seen as good value for money, is now having to compete with many other chains that are frequently on sale.”

“We continue to take a ‘wait and see’ approach to the South African retail sector, while holding a position in The Foschini Group − which we believe is well placed to navigate the changing retail landscape,” explains Pick.