In the latest of several major investment deals, the Liberian government has signed an estimated US$3 billion agreement with Australian mining giant BHP Billiton. 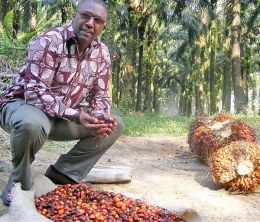 The areas to be covered represent “brand-new green field projects,” said Richard Tolbert, chairman of Liberia’s National Investment Commission (NIC), who has been instrumental in negotiating the country’s investment agreements. He said it was encouraging when companies carried out “new explorations, find new resources and invest in them”.

Prior to the BHP Billiton agreement, Liberia had concluded two other major deals in the sector, with ArcelorMittal at $1.5 billion and China Union at $2.6 billion.

The Liberian economy depended heavily on iron ore before the 13-year civil war that ended in 2003. The country was a major exporter on the world market, with iron ore accounting for more than half of its export earnings. The disruption in mining caused by the war has only just begun to be reversed.

Tolbert said the BHP Billiton agreement, which has to be ratified by the Liberian legislature, was “intensively negotiated covering social, environmental and infrastructure aspects”. He said it could create 3,000 direct jobs as well as about 30,000 secondary jobs.

Tolbert said the government is making sure that companies investing in Liberia deliver “world-class social benefits,” which he said BHP Billiton has already demonstrated in Mozambique.

Tolbert stressed it was important for Liberia to attract investors with the finances and reputation that could bring other investors to the country. He said that last year, after concluding a $800 million deal with the Malaysian agricultural company Sime Darby, Liberia was approached by that company’s biggest competitor.

“Because we did such a good job with Sime Darby’s investment deal . . . we are now in negotiation with their competitor for a $1.6 billion investment in palm oil in our southeast.”

Because mining is a finite activity, he added, it was important for these companies to “create business linkages and support local businesses that will carry on after they have left”.

Just after the civil war, many estimates put Liberia’s unemployment rate at 85%. Some government officials say that has dropped with new jobs being created around the country. Youths, the main actors during the civil war, are particularly affected by unemployment. Some observers believe that finding lasting peace depends in no small measure on job creation.

Tolbert said young people should be hopeful and that the future was bright. He said the investment and construction activities taking place across the country mean a small economy like Liberia’s could see a boom in the next five to eight years.

Tolbert attributed the positive developments to President Ellen Johnson Sirleaf. “The resources have always been here, but it’s the governance of the country that has changed,” he said.

Liberia is looking to new frontiers in its investments drive, including in the petroleum and renewable energy sectors. Last year, Anadarko Petroleum Corporation discovered oil along Liberia’s border with Sierra Leone. Its commercial value is not yet known.

On a recent trip to Russia, Tolbert met potential investors in the oil sector. He said in addition to Russia, Liberia had also attracted investors from Brazil, China, India and other nations.

Tolbert said that another investor, Buchanan Renewables, which signed an agreement with Liberia two years ago, has upgraded its investment through a partnership with a Swedish-based company, Vatenfall.

Operating in the port city of Buchanan, Buchanan Renewables will provide electricity to Monrovia and surrounding areas from renewable sources. The upgrade will provide for buying rubber farms and turning old trees that have exhausted their potential into wood chips. The chips will then be sold to Europe for fuel and new rubber trees planted. – AllAfrica.com