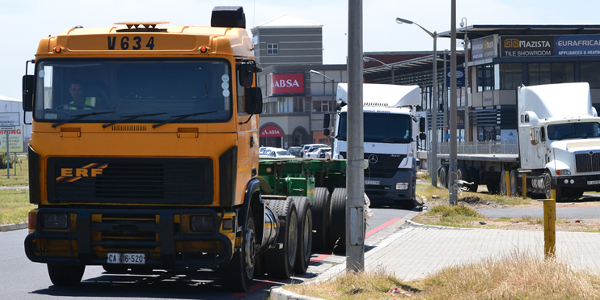 While the “world wavers on free trade, Africa embraces it”. So reads the headline of a Bloomberg article this week. The reference is to the African Continental Free Trade Area (AfCFTA), the much-vaunted plan to unify its 54 economies into a single market worth $3 trillion.

Proclamations like this have become a regular occurrence since the agreement reached the 22 ratifications needed to come into force in March. From news coverage to political speeches the general tone is upbeat, focusing on how it will transform regional trade.

However well intended, this is misleading.

In addition to overcoming complex tasks like determining rules of origin across 54 markets, meaningful implementation depends on improving trade facilitation, developing infrastructure, and investing in human capital – major challenges on their own.

This is far from certain.

Nigeria, Africa’s biggest economy, has just indefinitely closed its land borders to goods from neighbouring countries, threatening regional trade. Elsewhere Rwanda and Uganda are embroiled in a border dispute, as are Kenya and Somalia.

This hints at the less tangible trade barrier of mistrust and political tension between countries, which abound across the continent.

The hope is obviously that the AfCFTA succeeds, but let’s not exaggerate Africa’s free trade credentials.

South Africa’s struggling state-owned power utility Eskom has warned about a second day of controlled blackouts on Thursday, following power cuts on Wednesday due to capacity shortages. The move will add to an already gloomy outlook for South Africa’s economy, and comes two weeks ahead of a ratings review by Moody’s. More: Bloomberg

Preliminary results from general elections held in Mozambique on Tuesday – seen as an important test for a recent peace deal between the ruling Frelimo party and rebel group turned opposition party Renamo – are expected on Thursday. The vote also comes amid massive investment into the development of vast natural gas reserves. More: Al Jazeera

Kenya on Wednesday inaugurated a $1.5 billion extension to its $3.2 billion, Chinese-funded Standard Gauge Railway (SGR) project, linking the capital Nairobi to the small town of Naivasha. The project has been criticised for its high cost and delays in building a planned industrial park in Naivasha to promote investment into manufacturing. More: Reuters

A World Bank arbitration court has ordered Tanzania to pay the Hong Kong subsidiary of Standard Chartered Bank $185.4 million for breaching an energy contract with an independent power producer. The government has denied responsibility in the case, which dates back to 2015, and said it does not plan to pay. More: Bloomberg