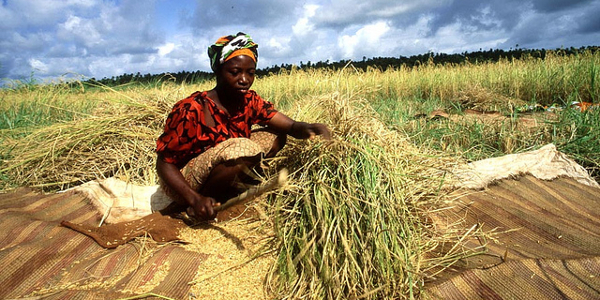 Kenya this week received a donation of 30,000 bags of rice from China, part of 11,000 tonnes pledged by Beijing in June, to help people affected by drought.

East Africa’s biggest and most advanced economy relying on aid to feed itself may sound surprising, but the need is very real. An estimated 2.5 million Kenyans are currently facing starvation, almost a million more than in May, fueled by drought.

The underlying problem is a failing agriculture sector. Kenya’s reliance on external markets is growing, having already spent a billion dollars on food imports this year.

The country is not alone.

Food security across Africa is deteriorating, despite much lofty rhetoric about an agricultural revolution in recent years. From the Sahel to the Horn of Africa – two of many examples – hunger is on the up.

Africa accounts for 31% of a total of 821 million people suffering from hunger globally, with 20% of its population now estimated to be malnourished. The continent’s $35 billion a year food import bill is expected to hit $110 billion by 2025, while average government spending on agriculture has fallen from 3.66% in 2001 to 2.3% in 2017.

On the Global Hunger Index all but four sub-Saharan African countries are experiencing serious or alarming severity levels.

Let’s face it – African agriculture is in crisis.

Côte d’Ivoire has signed an agreement with Japanese carmaker Toyota to construct a vehicle assembly plant in the West African country. It’s the latest investment by a major car manufacturer on the continent, which has also seen the likes of Volkswagen ramp up its operations. More: Reuters

Ethiopia’s government on Thursday said it will grant its Sidama ethnic group a referendum on autonomy in November, a move that could create the country’s 10th autonomous region. The referendum comes amid rising ethnic tensions in parts of Ethiopia, stoked by ambitious and disruptive reforms under prime minister Abiy Ahmed. More: Reuters

French sugar maker Tereos plans to close its offices in South Africa and Kenya, part of a global strategic review. Trading and distribution operations in both countries will end on March 31, 2020. More: Business Day

The United Nations has made $465m in funding available to Angola for projects aimed at mitigating the effects of drought in the country’s south. At least two million people are estimated to be at risk of starvation in Africa’s second-biggest oil producer. More: ReliefWeb