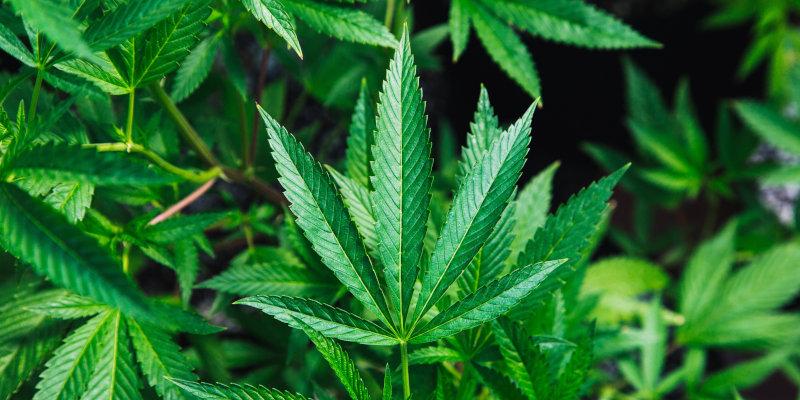 High in the mountains of Lesotho, a green revolution is growing.

The tiny mountain kingdom, which is surrounded on all sides by South Africa, made history in 2017 by being the first African country to issue licences for the production of medical cannabis.

Marijuana is not new to Lesotho – it’s been used for centuries for medicine and recreation. The area’s high elevation, low humidity and abundant arable land make it an ideal place to grow.

But by issuing production licences, Lesotho’s government has thrown open the door for a new industry – and brought in millions of dollars from foreign investors.

MG Health, one of the top five local producers, built a $23 million facility in the hills of Marakabei. It employs 380 people, many from the local area, where unemployment is sky-high.

CEO Andre Bothma says this is more than just a pipe dream. He believes that the fledgling cannabis industry can bring great value to Lesotho – if it’s done right.

“This is a medicinal product that we are creating here, and our company has various brands,” he said. “Some of them are for sale in South Africa at the moment. We are moving into the UK and France … in the near future. We have exported to Australia already, and we are in the process of getting our extraction facility and our growing facility GMP certified, EU GMP certified,” Bothma added, referring to the Good Manufacturing Practice certification.

Medical studies have only just begun to look at the effectiveness of cannabis’s popular non-psychoactive compound, cannabidiol. In a 2017 report, the World Health Organisation described its potential for abuse and dependence as low, and said it found “preliminary evidence that CBD may be a useful treatment for a number of … medical conditions.”

MG Health’s range of pharmaceutical-grade products, distilled from their CBD-rich strain of the plant, claim to treat chronic ailments such as epilepsy, pain, fibromyalgia, anxiety, arthritis and more.

That, says Finance Minister Moeketsi Majoro, is what makes Lesotho’s cannabis industry stand out: It upends the traditional African narrative of exporting raw materials to the west.

That, he says, will bring Lesotho the one thing it so badly craves.

“On the job front, we are desperate,” said Majoro. “We have close to 200,000 youths that are looking for jobs in an economy that is not creating jobs that fast. So we need to be creative in terms of the opportunities that can be created. We have a natural resource here that we need to exploit. So this has just come through as an unbelievable opportunity.”

MG Health employees heartily echo that. Thato Lematla, a 20-year-old from the Marakabei area, says she wasn’t sure what to do in a country where one out of four people are out of work. She started at MG Health right after high school graduation.

“This is my first job,” she told VOA. “I got it here, after I completed my matric.”

Others came to the company with their thumbs already green. Before Mampho Thulo began working there, she grew illegal marijuana at home. She says things are better now.

The job, she said, “changed my life because I have money to pay for my children’s school fees, and buy other things for my house and change my house. My house now is very beautiful.”

It’s too soon to say what the future holds for medical marijuana. Will medical research confirm claims about the safety and effectiveness of cannabis? Can this tiny country sustain such a challenging industry? Can small-scale marijuana growers find a place in this big-money enterprise, or will they be shut out?

These, Bothma says, are questions that also hang over him as he tries to navigate this new, exciting terrain. But for now, he says, as cannabis’ popularity grows around the world, he’s enjoying the ride.

This article was originally published by VOA.