The only way to gain a real understanding of Africa’s business environment is to participate in an active and committed fashion, says Stephen Jennings, CEO of emerging markets investment bank Renaissance Capital. 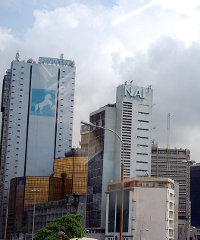 “Watching and trying to learn from the sidelines is, in my opinion, basically a waste of time. Active participants will be the first to understand which countries, sectors and businesses provide the best opportunities. More importantly, they will have the skills, credibility and relationships to do something about it,” said Jennings during a conference in Lagos last week.

He explained that Africa should not be viewed as a homogenous territory. “Useful parallels can be drawn between Africa and Asia. We tend to talk about Asian growth as a collective concept, as if growth had been uniform across the continent in a steady process of improvement. This is, of course, misleading. Different countries have enjoyed radically different growth paths at different times. Africa is just as much a geographic term as Asia. Loose talk about a great African revival risks confusing geography with economics.”

Jennings said that it is difficult to predict which countries on the continent will be the most successful and where the best business opportunities will be. “I certainly don’t think that conformity with simplistic Western notions of good institutions has very much predictive relevance at all. What will stop Ghana from being another Philippines? Who would have expected the economic renaissance underway in Rwanda? Where will Angola really end up on the quality of governance continuum between Venezuela and China?”

He is, however, very positive about Nigeria’s potential. “Nigeria arguably has incredible attributes for emerging market investment banking and consumer finance. It is very big, fast growing and uncompetitive. It will have deep pools of domestic liquidity and the barriers to international players are high. Sounds like – well Brazil and Russia not so long ago; probably the two best emerging markets in the world for domestic investment banks. Accordingly we have made a big investment in and commitment to our investment banking hub in Lagos and are keen to roll out our consumer finance expertise.”

With a population of 155 million, Nigeria presents opportunities in the areas of consumer goods, real estate, construction and services. According to Jennings, the manufacturing of fast-moving consumer goods to supply the large local market is likely to become very lucrative once Nigeria manages to improve electricity generation. Many local manufacturers are struggling because the country’s poor power supply forces them to run their operations on expensive generators.

“Strong economic growth is creating jobs and supporting the emergence of a middle class with higher disposable income, which is demanding better housing. On the back of this, Nigeria’s small mortgage [industry] is growing, which is positive for the financial services sector. The construction industry will benefit from this growing demand for real estate, and is expected to get further support from infrastructure development,” Jennings added.