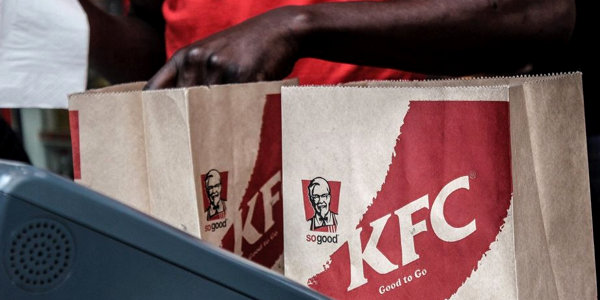 Sagaci Research, the pan-African market research and market intelligence firm, has released its “KFC Index” for January 2020. This twice-yearly index utilises the prices of KFC chicken buckets in different countries to estimate US dollar foreign-exchange (FX) rates for 20 African currencies. These “implied” rates are then compared to actual market FX rates in order to assess whether a given currency is overvalued or undervalued against the greenback.

KFC is by far the largest fast-food chain in Africa, with more than 1,250 franchised outlets across 23 countries. Senegal and Sudan were added to this list during 2019. The first KFC on the continent opened its doors in Johannesburg in 1971, and there are now more KFC restaurants in South Africa (914) than in the UK (853). Egypt followed two years later, with that country now hosting 154 KFC outlets across 29 cities.

During the past decade, KFC has opened its doors in no less than 15 markets in sub-Saharan Africa, with this region now hosting almost 200 of its restaurants. In contrast, McDonald’s restaurants are only to be found in three African countries. 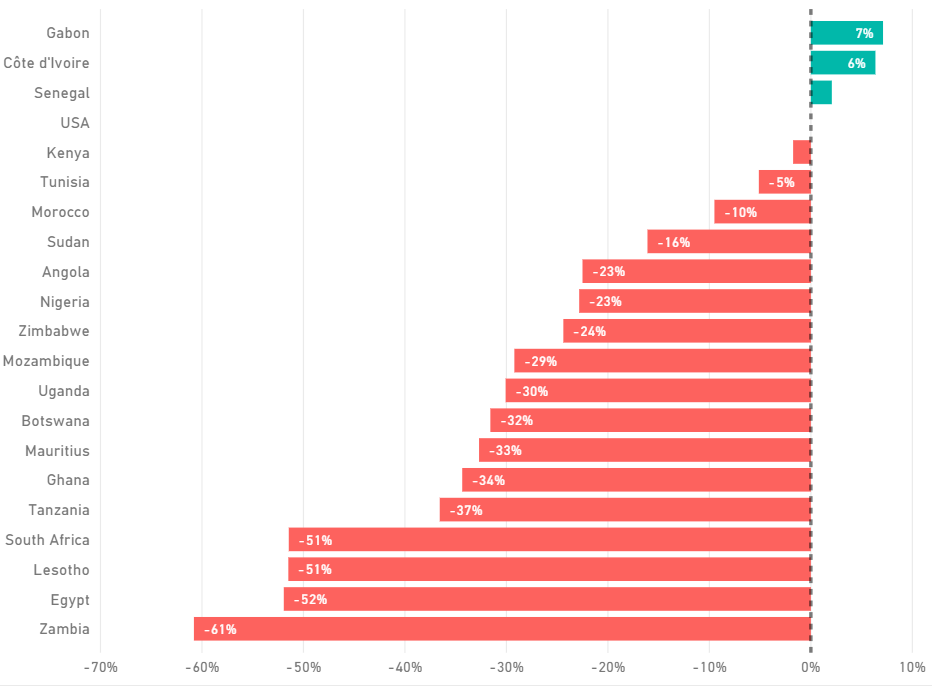 The KFC Index is based on price data collected by Sagaci Research field agents, who visited KFC restaurants in 20 countries during the third and fourth weeks of December 2019. Like The Economist’s Big Mac Index, the KFC index is based on the theory of purchasing-power parity – the idea that, in the long run, FX rates will move towards an equilibrium that equalises the prices of goods in different countries.

To take the example of Kenya, the implied FX rate (KES price/USD price) of 99.4 is just below the market FX rate of 101, suggesting that the Kenyan shilling 1.7% undervalued vis-à-vis the US dollar. In Côte d’Ivoire, the implied FX rate (XOF price/USD price) of 627.5 is above the market FX rate of 590. This implies that the West African CFA franc is 6.4% overvalued vis-à-vis the US dollar. 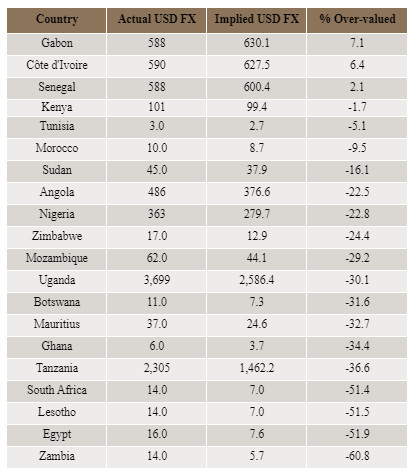 If a country’s currency is overvalued, this implies that it is cheaper to buy KFC chicken in the US than domestically. In this context, it is unsurprising that most African currencies are undervalued vis-à-vis the greenback. In a few cases, most notably South Africa and Egypt, this figure rises above 50%. Only two currencies, the West African CFA franc (soon to be re-named the “eco”) in Côte d’Ivoire and Senegal and the Central African CFA Franc in Gabon were found to be overvalued vis-à-vis the US dollar.

It should be noted that there are a host of factors that determine the pricing of KFC chicken in different markets beyond FX rates. These include the purchasing power of local consumers, price elasticity of demand (the responsiveness of demand to changes in price), taxation, and input costs – most notably the cost of chicken, which is sourced locally. As a result, the KFC Index’s estimates of the overvaluation or undervaluation of various currencies are strictly notional.