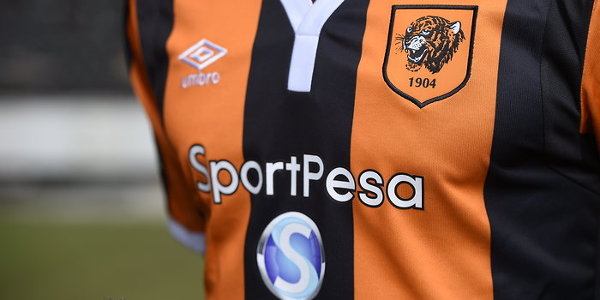 Hull City returned to the Premier League in May, after a one-year absence, via a 1-0 Championship play-off victory over Sheffield Wednesday.

SportPesa chief executive officer Ronald Karauri has no doubt of the value a sponsorship arrangement with a top football club will bring for his company, which only came into being in 2014.

“The English Premier League has almost five billion viewers (it is estimated each Premier League game is watched by over 10 million people globally) so SportPesa will be visible in other countries, so it’s the best marketing tool for us,” Karauri told How we made it in Africa.

He declined to disclose the details, but in a statement to announce the agreement, said the visibility would help with the planned expansion into other African countries.

“The SportPesa platform will now be available in the United Kingdom and later in the year present in several African countries. One year from now we will have presence in at least four continents,” he said.

The new sponsorship deal is the most lucrative in Hull City’s 112-year history. The agreement sees the SportPesa name and logo adorning the Tigers’ home, away and third shirts until the end of the 2018/19 season.

In Kenya, SportPesa already backs the country’s top football league, the SportPesa Premier League, and is also the official sponsor of two of its most popular clubs: AFC Leopards and Gor Mahia.

SportPesa joins a select few sub-Saharan African companies to have sponsored English Premier League teams. South Africa’s Bidvest Group backed Sunderland from 2013 to 2015. And Investec, a specialist bank and asset manager which has its roots in South Africa, was the official sponsor on the Tottenham Hotspur shirts in all cup competition matches, including European club competitions, the FA Cup and the Capital One Cup from the start of the 2010/2011 football season until the end of the 2012/2013 season.