Evans Wadongo shot to international fame after he was named one of the top ten CNN Heroes in 2010. His project replaces kerosene lamps with solar-powered LED lanterns across villages in rural Kenya. CNN Heroes honours everyday people changing the world. Born in rural Kenya, the 26-year-old electronic and computer engineering graduate is the executive director of Sustainable Development for All Kenya (SDFA-Kenya) where he literally lights up people’s lives. How we made it in Africa’s East Africa correspondent Dinfin Mulupi chats with Wadongo to find out what makes this social entrepreneur tick. 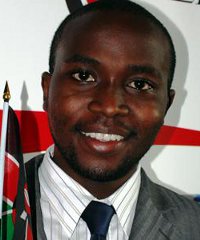 How has your life been since you were named one of the CNN Heroes for 2010?

A lot of things have changed. Since then I have won multiple other awards including the inaugural Mikhail Gorbachev Awards for ‘Man who changed the world’ alongside CNN founder Ted Turner; Social Entrepreneur of the Year by the Schwab Foundation for 2011, and I was named among ‘20 Men who will shape the next 20 years’ by UK’s Esquire magazine in 2011. I have also been selected to carry the Olympic torch in London.

It has been overwhelming. I moved from receiving ten emails to 10,000 emails a day. It has also opened up opportunities. For instance, I have had the opportunity to travel to many different countries and I am involved in mentoring people around the world. I am teaching other organisations how to impact people at the bottom of the pyramid using sustainable projects.

Tell us more about what your organisation does

We are a social enterprise involved in sustainable projects surrounding renewable energy. Our main project is called ‘Use Solar, Save Lives’. Through this project we locally make solar lanterns, called Mwanga Bora (Swahili for ‘better light’), and distribute to poor rural communities. We then help them set up income generating activities using the money they previously spent on buying kerosene.

I began this project while I was a student at the Jomo Kenyatta University of Agriculture and Technology (JKUAT) because I wanted to use lanterns to inspire people to discover their potential and increase their incomes.

From an initial investment of US$50 we have so far distributed over 23,000 lamps and directly impacted more than 100,000 people. We work with 38 community groups out of which 26 have set up income generating projects like poultry farming, fish farming, bee keeping and village micro-financing as well as setting up small shops. The lanterns have helped poor rural communities liberate little funds, probably less than one US$1, previously spent on purchasing kerosene every day.

Explain some of the challenges have you faced in getting this project off the ground?

Getting people to adopt a new model was a challenge. When we started a lot of people were more interested in the traditional way of doing business; making lamps and selling them. But we knew that only the middle class would be able to afford this. The people earning US$1 a day would not be able to afford it yet and we wanted to reach people at the bottom of the pyramid.

Meeting the expectations of communities we work with has also been challenging. We have had instances where their demands are more than our abilities. The publicity in international media after the CNN award also created the impression that we had it all and did not need any more support which is not true.