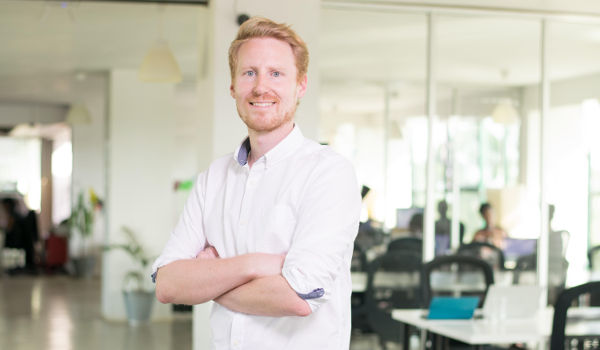 Online content consumption, both of music and videos, has propelled the entertainment industry into new territory in various African markets.

And these days you can’t talk about the music industry on the African continent without mentioning Mdundo (Swahili for beat or music), a Kenya-based music streaming and distribution service.

How did it all begin?

While working for the tech investment company 88MPH in Nairobi, Martin Nielsen’s interest in music led him to head a startup that would exclusively deal with the entertainment business. 88MPH wanted Mdundo to primarily focus on online content as a viable investment option in Africa.

“We focused a lot on content and content applications, and one of the things we were interested in was music. We were unable to find any interesting music ideas at the time, so we started working in-house,” Nielsen says.

Nielsen, a Danish native, had just moved to Kenya from the UK at the time. He quickly realised musicians needed a better way to distribute their music catalogues. “We saw a huge market for online music discovery,” he says.

Mdundo was founded in 2012. It was officially launched in January 2013 when Mdundo was set up as a separate company from the original investment firm, with Nielsen as co-founder and CEO. Within a year they had signed up corporate partners such as Airtel Kenya and Microsoft.

There was a real need in the market, Nielsen says. Most musicians did not know how to distribute their catalogues to their fans in a legal and structured way. Mdundo then added an online distribution channel in the market and the growth since has been tremendous.

“We have an international licensing [agreement] with Warner Music Group,” Nielsen says. “We distribute their music here, which is more than one million songs from renowned international artists.”

The service offers two membership tiers. One is a free membership, while the other is a paid version at Ksh 199 (US$1.9) per month. Mdundo makes money mostly through online advertising on the free membership portal. They then split the revenue with the artists. The premium option serves a higher production quality and no advertising on the service. The artists get 60% of the income from this subscription service.

“Artists are still making little money on distribution. However, we do have strong submissions from artists, to the tune of around 2,000 to 3,000 new artists every month. We have put a lot of effort into being transparent and made it easy for the artist to opt in and opt out,” Nielsen says.

It couldn’t have been that easy. Surely he must have faced some challenges?

Trying to start a streaming service in Kenya was not easy, especially in finding ways to bill customers. M-Pesa, the mobile payment service, was pervasive at the time the company started and the hope was that it could be used as a mode of payment for Mdundo’s services.

“The billing options were few if you looked continent-wide,” Nielsen says. “It is only recently that we got the M-Pesa push SDK (software development kit). M-Pesa has not been focusing online but on retail merchants, and if you go outside of Kenya there are even fewer options.”

He explains that to launch a product in different African countries, you have to integrate with several payment systems, making it hard to scale across the continent.

“When we started, I expected the billing system to mature much faster. We hear of startups solving the billing issues, but we still have the challenges we had five years ago. It is a challenge for anyone doing e-commerce on the continent,” he says.

The second challenge Mdundo faces is generating revenue through online advertising. “We do still find most advertisers go into the traditional channels and there hasn’t been a big shift to online marketing. It is still under-invested from companies across Africa,” he adds.

But as he explains, these challenges have not slowed the company down from its ambitious goal to become a staple in all African countries.

Anything we can learn from his experience?

“Understanding the customer is important,” Nielsen says, stressing that this has been one of the top reasons for their success. And by offering a product that customers want, it also keeps the artists happy.

People skills can build or kill any venture, Nielsen says. Values such as having stable management, employing the right people and engaging with the right investors will result in a successful product and a happy client.

“A lot of that comes from being honest and thereby building trust. Many people work for us for that reason – that they can trust our service,” he says. Mdundo currently has 30 employees.

Nielsen says the company’s goal for the next couple of years is to expand into more countries by targeting markets that lack dedicated streaming music services.

“Over the next couple of months, we will scale across the continent,” he promises.