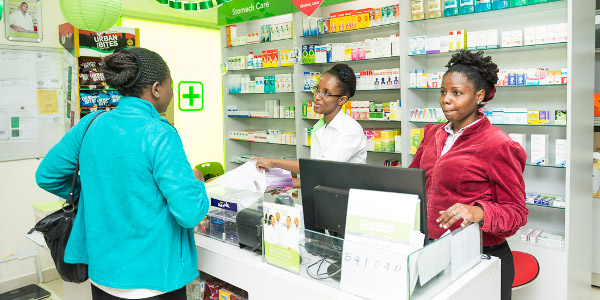 Haltons, a Kenyan pharmacy chain, was started in 2007.

Haltons Pharmacy has 52 outlets spread across 14 Kenyan counties, and employs 180 people. By the end of 2018, the chain plans to have increased the number of branches to 200.

Dr Louis Machogu started the company in 2007, with three other pharmacists. At the time, Machogu was the chief pharmacist in Samburu, an area 300km north from the capital Nairobi. In 2011 he started running Haltons full time.

Reducing the time it takes to get stores operational

As they opened more pharmacies, Machogu says that he realised that outlets in the middle-class Nairobi suburb of Kasarani were doing the best, but, “By the time we had come to that realisation, we had taken up expensive space in [the Nairobi Central Business District], come into debts and had auctioneers knocking at our doors.” The company had grown to five branches, but had to close three as they were not in the correct locations.

In addition to getting the location right, other hindrances to launching a new outlet were the cost of fixtures and the time it would take for branches to be fully operational. The company introduced modular furniture, which has made it possible to open new stores at a faster rate than before, because fixtures (like shelves, for example) are pre-constructed and ready to be moved into stores in whichever configurations suit the stores best.

Machogu explains, “We were able to prepare a model of how the business would look. What we do is we go look at a location – there are criteria around that. If it works we then go back to our starter pack, unpack it and we have a pharmacy. There [was a time when] to launch a pharmacy took us two months. We are now able to launch a pharmacy in three to seven days.”

Today, according to Machogu, Haltons has become “an anchor tenant”, a store that shopping centres will look for as key drivers of traffic to a centre.

In 2013, confident of his business model, Machogu approached Fanisi Capital, a private equity firm, with a pitch on what he wanted his business to achieve. Fanisi invested US$2m in Haltons, which enabled the company to hire branding and retail management expertise, as well as expand. The company increased its footprint from five branches to the current 52 branches.

Now, the IFC is looking into investing $3m in the company to enable it strengthen its IT infrastructure, bulk buying process, retail experience and marketing. It will also be looking at actualising its pan-African dream through regional expansion, as well as introducing health and wellness products.

One of the key enablers for this growth will be the partnerships the company has with Vivo Energy and Tuskys Supermarkets.

Vivo Energy is Kenya’s second largest oil marketer, and operates Shell-branded service stations and Shell Select stores (convenience stores at petrol stations) on major highways across the country. Haltons is opening branches in these service stations, and will benefit from existing customer traffic.

Tuskys is Kenya’s second-largest retail chain, and Haltons is set to open branches inside some Tuskys stores. But Machogu explains that this is still in piloting phase, as they cannot sell non-pharma products in the store – to avoid competition with other brands.

“I am big on analytics,” says Machogu. “It’s one of the areas I have grown in this business. Being able to understand what are the things driving the business, where are these units that are driving the business, where are we losing money and where are making money. We are able to have a map of what’s happening in different areas, and if the government says there’s an outbreak of something, we are able to see are people taking more of this medicine in that area.”

Haltons uses data to drive decisions. However, despite most of the branches having access to the internet, eight of them still do not have access due to their location, making it harder to track and have visibility of the happenings there.