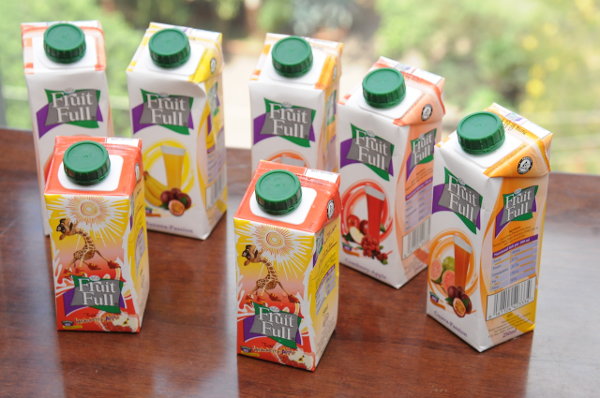 By last year, the country’s population was estimated at roughly 44 million – with 61% of people aged below 25.

Globally, children and adolescents are increasingly viewed as a major market force with significant influence over family purchases thanks to what marketing experts describe as the ‘nag factor’.

In the 1990s and 2000s Excel built a successful fruit-flavoured drinks brand, Quencher, which was popular among children. With its new brand, called FruitFull, it hopes to appeal to today’s young consumers.

“We wanted to create a new brand that the new generation will remember fondly in the future,” says Excel managing director Prasoon Shah. “Some 50% of the population here are young people – that is an opportunity.”

In developed economies, marketers are increasingly investing in better understanding young people as consumers. Food companies use innovative packaging, branding, and marketing techniques such as using celebrities, cartoons, toys, collectibles and games to appeal to children.

FruitFull hit the shelves last year in one litre packaging, but in February the company expanded the flavour variants and rolled out a children’s line.

“Kids love fun flavours and tastes so we came up with a strawberry-apple and blackberry-grape smoothie,” says Shah.

In Kenya, most manufactures offer single-flavour fruit juices. But with its FruitFull range, Excel has introduced mixed-flavours such as cranberry-apple and orange-carrot.

“The response has been phenomenal because not many people had experienced the goodness of two fruit flavours in the way we have fused them. Initially people were reluctant about trying the new tastes, but after trying out the different variants, now they love it. Some are mixing two different products to get four different fruit flavours, and basically make their own cocktails,” says Shah.

Smaller package sizes of 200ml are aimed at children who find bigger packs too much to drink. The new packaging also comes with a resealable cap.

“When kids don’t finish their drink, the parents will not be forced to finish the drink – they will just keep it for later,” says Shah. “The cap… makes it convenient for consumers on the go.”

“But you have to make it easy for these consumers, so distribution is key, affordability is important and people want quality. More and more consumers are looking at the pack to read the ingredients, the expiry date – we took this into consideration when working with Excel.”

In the beverages segment, Excel faces intense competition in Kenya from other companies making fruit juices and flavoured drinks.

The company was founded in 1977 by chemical engineer Suresh Shah and initially focused on trading chemicals. In 1988, it ventured into the beverages business by launching the dilute-to-taste brand Quencher.