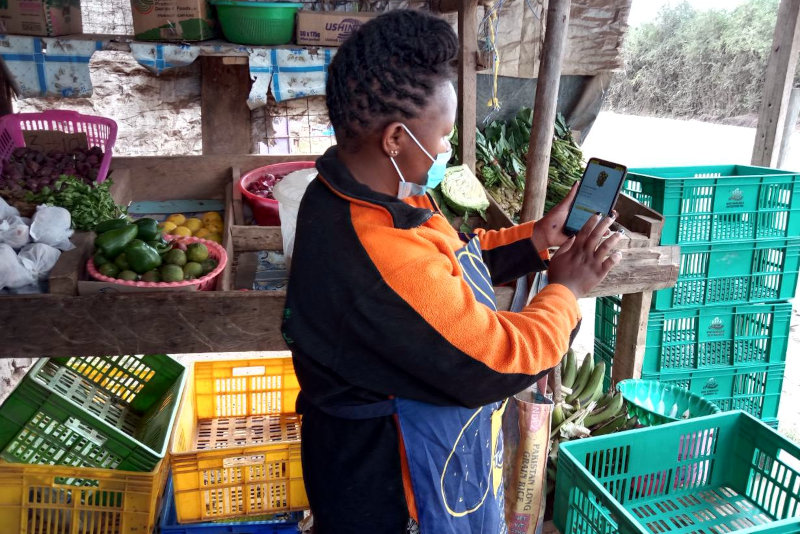 Over the past year, Wilson Lang’at has made a steady profit from his farm in Koiyet village, managing to get the seeds and fertiliser he needs, planning ahead for droughts and floods, and borrowing money to diversify his crops – all through his phone.

His experience is not the norm, as most farmers across Kenya have struggled with the double hit of extreme weather shrinking their yields and coronavirus lockdowns and curfews choking off access to supplies and demand for their produce.

Until two years ago, the 46-year-old father of six traded cows while growing maize on the side at his 2.5-hectare farm in Kenya’s Rift Valley. Then he started using the DigiFarm app to access farming inputs, weather reports and financing.

Lang’at said he went from producing six 90-kg bags of maize per acre to about 20 bags per acre, as well as beans, potatoes and tomatoes – and quickly earned enough that he could drop the bovine arm of his business.

“Since the start of the Covid-19 pandemic, I have never stopped farming. Farming has become more profitable (than cows), and now it’s my full-time job,” he said.

In Africa, experts say agricultural technology – or agri-tech – like DigiFarm is increasingly playing a crucial role in cushioning small-scale farmers against the crop-damaging effects of climate change and the economic pain of the pandemic.

According to government figures, there are about 4.5 million small-scale farmers in Kenya and their collective output accounts for more than 60% of the country’s food.

DigiFarm, a free service from telecoms giant Safaricom, was launched in 2017 – but the bulk of its current 1.4 million users signed up after the pandemic hit, said Elizabeth Mudogo, customer experience lead at DigiFarm.

After ordering through the app, farmers get SMS notifications when their goods are ready for collection at a local depot – the company has nearly 30 in Bomet alone – and they can get store credit and discounts, Langat said.

DigiFarm also helps farmers prepare for more erratic weather patterns by sending them information on best practices and tips to reduce crop loss, along with historical weather reports and forecasts.

“This app has brought farmers together in our area,” Langat said. “As all the farmers plant at the same time since they get weather updates at the same time, this helps in disease control and decision-making.” 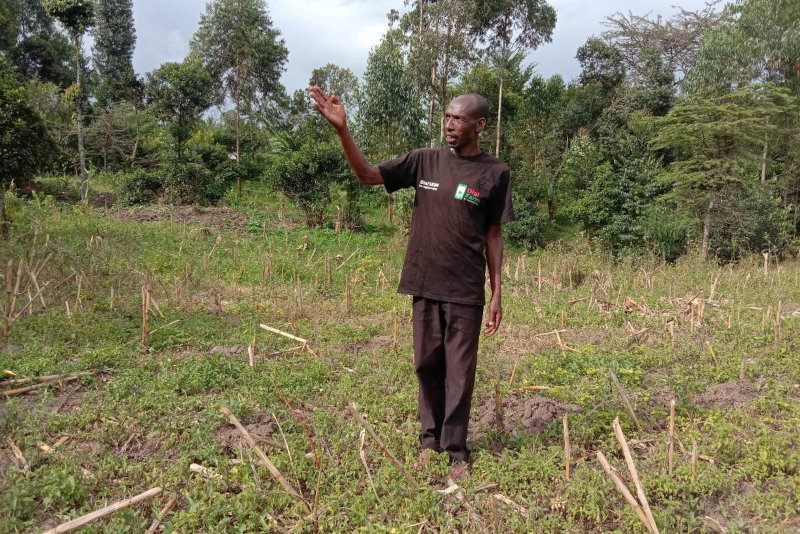 Wilson Lang’at at his farm in Koiyet village, explaining how weather information from the DigiFarm app helps him plan his cultivating, in Bomet County, Kenya, June 3, 2021. Photo by Thomson Reuters Foundation/Wesley Langat

During the pandemic, Lang’at, the farmer, borrowed 1,300 Kenyan shillings ($12) through the app to buy tomato seeds.

He earned more than 50 times that by selling the produce, which allowed him to pay one of his children’s college fees.

“Planning is easier. [For example] when I receive updates of low rainfall, I plant beans, which do well with shorter rains,” he said.

An April report from the Netherlands-based Technical Centre for Agricultural and Rural Cooperation said Africa’s digital agricultural services sector has grown nearly 45% annually in terms of farmers reached over the last three years.

Since the start of the coronavirus pandemic, Kenyan company Twiga Foods has seen a jump in the number of farmers using its digital platform Soko Yetu (our market) to reach customers without going through expensive brokers, said chief technology officer Caine Wanjau.

Twiga, which launched in 2014, harvests and buys produce from its member farms, then takes the goods to collection centres for processing and packaging, he explained.

When vendors order something through the app, the company delivers it directly to their stores.

Originally operating only in Nairobi, the platform expanded to five other major towns in Kenya during the pandemic and recently announced a new expansion into Uganda, Wanjau said.

Ann Waithera signed up to Twiga a year ago to help her keep running her general store on the outskirts of Nairobi.

Instead of going to markets to buy goods, she places her order from home and it is delivered the following morning.

“Nowadays, the market is on my phone. I save over 500 shillings (every day) which would have been used for transport,” she said. “And I no longer wake up at 4 a.m. to go to the market in Nairobi, so now I can be with my kids.” 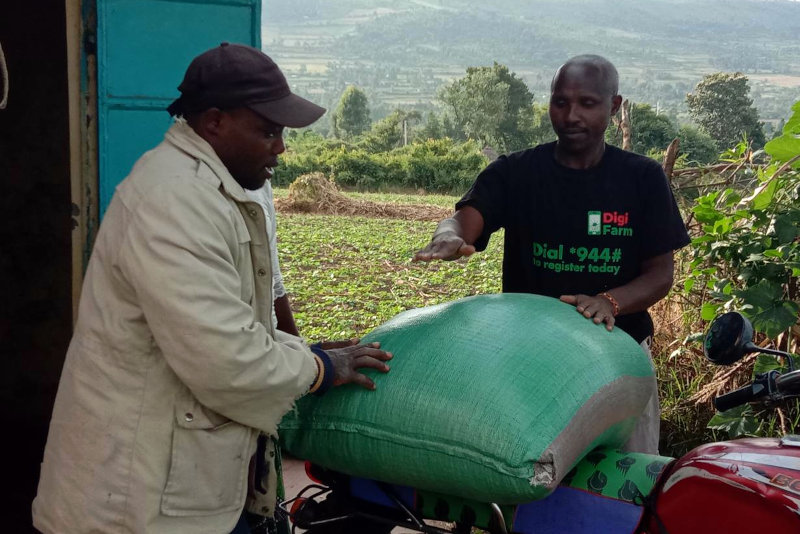 A January report by consultancy McKinsey & Company said farmers across sub-Saharan Africa are using more than 400 apps and digital platforms for everything from accessing financial services and planting advice to supply-chain management.

But, it noted, uptake of these apps is limited by tech challenges such as lack of internet access for farmers, with 3G networks covering only about 40% of sub-Saharan Africa’s rural areas, while half of the region has no grid electricity.

“Crop and livestock yields and production are edging upwards in Africa – the larger issue is that this rate of growth has to increase,” he said by email.

To do that, he urged developers to focus more on tools for poorer and other marginalised communities, so that platforms can address their specific needs.

For example, some technologies provide weather information when the real constraint facing farmers in a particular area might be access to credit and finance.

“There is significant potential growth of digital innovation across the region if developers and providers can figure out how to genuinely target and benefit people in low-income groups,” Spielman said.