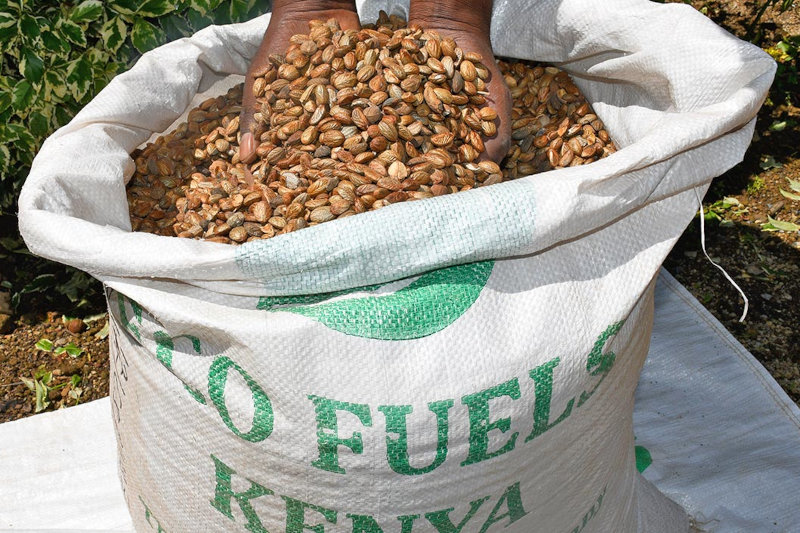 The tall and leafy croton tree, found in East and Southern Africa, is most commonly used as firewood and charcoal. If it is not cut down for energy, it is cleared to make way for cash crops like palm oil and coffee. Flowering twice a year, the tree produces small brown nuts that usually end up decomposing on the ground.

While others previously saw more value in removing the trees, Cosmas Ochieng, CEO of EcoFix Kenya, is carving out a business turning the nuts into biofuel and various other added-value products such as fertiliser, animal feed and cosmetics. “We wanted to introduce a new cash crop,” he says.

The business model encourages local farmers to plant and harvest croton trees rather than other crops by offering them a reliable source of income. The nuts are then processed at the company’s factory into a variety of products. EcoFix processes over 3,000 tonnes of croton nut each year, working with over 6,000 farmers.

The company was started in 2012 with the sole purpose of using the nuts to create biofuel. Clients in Kenya included large-scale corporates like multinational food company Del Monte which used the biofuel for its diesel generators. Croton oil can also power water pumps and tractor engines. Compared to other fuels such as diesel, croton is cheaper and generates far less carbon dioxide emissions. 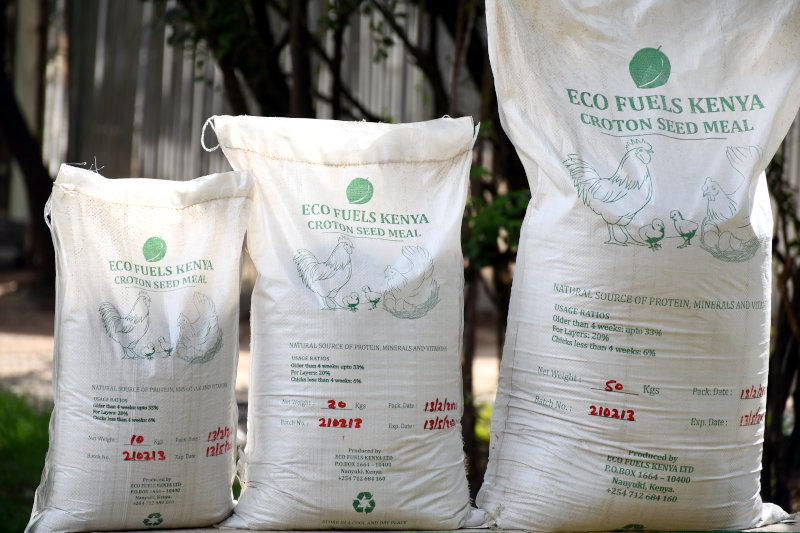 EcoFix processes croton nuts into a variety of products, among them animal feed.

However, Ochieng opted to diversify as it became clear an over-reliance on fuel contracts would not sustain long-term business growth. “Around 90% of the nut is wasted when you produce biofuel,” he explains.

Croton nuts form the basis of several products, such as high-protein supplements that are sold to poultry farmers.

EcoFix also uses the nuts to make organic fertiliser. In the early days, Ochieng would sell the fertiliser to smallholder farmers. However, the croton-based fertiliser is more expensive than the chemical equivalents and takes longer to take effect as it changes the composition of the soil rather than targeting only the plant. Ochieng pivoted away from smallholder farmers to large corporates that better understand the benefits of organic fertiliser.

“Many farmers want to see instant changes. That’s not how it works. I realised I needed money for marketing to convince these smallholders.” Ochieng now sells to the many flower and vegetable producers in Kenya. 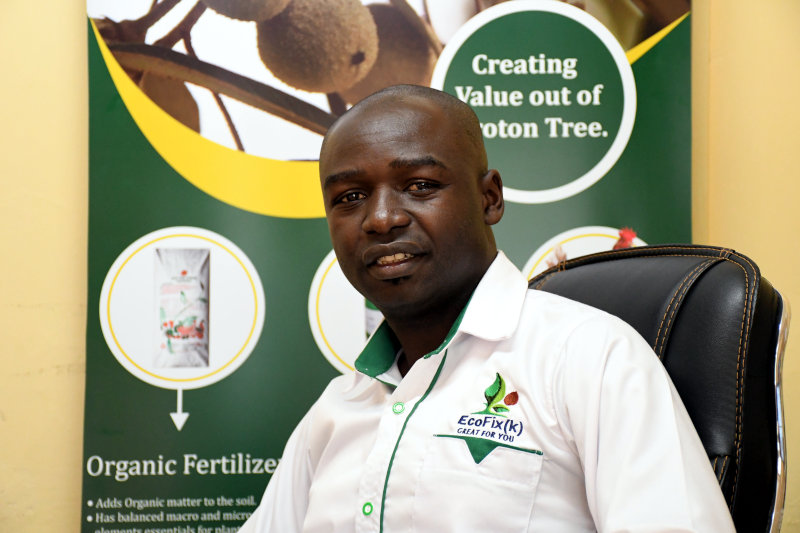 The pivot away from smallholders, however, illustrates some of the added problems that come with innovating around a product that is relatively unknown in the market. From convincing smallholders to keep the trees, to explaining to businesses that croton biofuel is an effective source of energy, extra attention was required to familiarise customers with croton products.

Ochieng’s latest innovation is a cosmetic brand based on croton oil called NEA by Nature. “In our research, we found croton nuts have unique physical elements including high moisturising properties,” he says.

Using croton oil instead of palm oil as a base for products like soap and face masks, Ochieng is targeting a niche market of conscientious consumers. He intends to grow this business line over the coming years as a leading diversification away from biofuel.

The decision to turn croton nuts into a viable business was a result of Ochieng’s background in conservation and his education as a food scientist. During his undergraduate degree in Kenya, Ochieng researched the different properties of pumpkin seeds and pumpkin oil. “I realised every seed has more value than we see.” 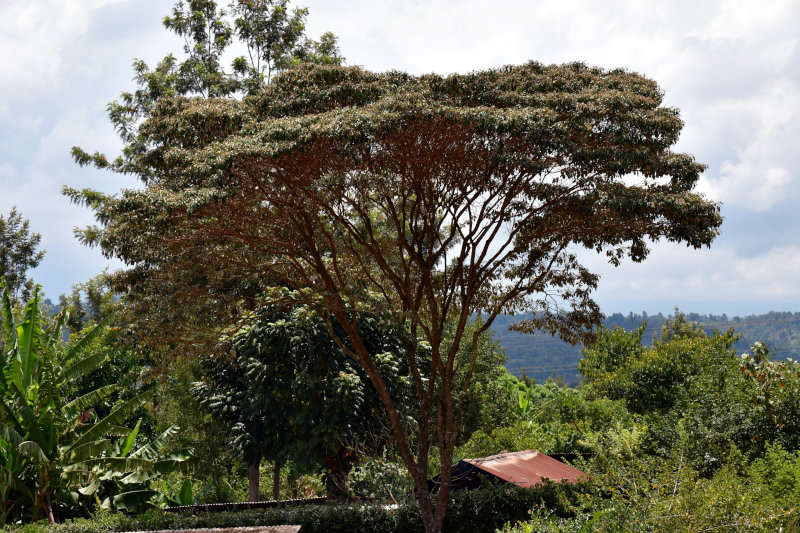 The croton tree is indigenous to 10 sub-Saharan African countries.

After university, the young entrepreneur worked with an NGO in natural resource management where he became aware of the croton tree and how it was being cut down by local communities. He began investigating the business potential of croton nuts.

Nearly a decade later, Ochieng has expanded his business in terms of several key metrics. Starting out in just one of Kenya’s 47 counties, EcoFix is now collecting croton nuts from 21 counties. The volume of nuts has increased fivefold from an initial 600 tonnes per year. The team has also expanded dramatically from the original core managerial group of three people.

The next stage in the business will include building another factory alongside the original processing plant in Nanyuki, a town around 200km north of the capital city Nairobi. Ochieng is hoping to ramp up the cosmetics line and begin exporting to lucrative markets like the US and UK.

To date, the business has been financed by equity investors and a few grants. Additional funds will be raised next year from investors as Ochieng looks to scale up the business.

If he could change anything about the past nine years, Ochieng says he would have diversified away from biofuel sooner. Having a trusted team able to suggest scalable ideas is key to “focusing on a product that makes money”.