An almost insatiable hunger exists globally for commodities and especially mineral resources. As the demand and price rise and the producing deposits dwindle, the global commodity sector is seeking new frontiers from which to satisfy the demand. It is this search that has prompted the emergence of East Africa as an exciting destination for investors with interests in mineral exploration and mining activities. 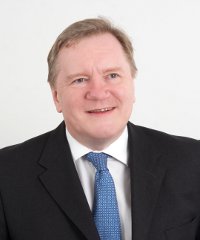 Kenya has not been left behind as investors bet on the country in search of commercially viable deposits of precious minerals as well as oil and gas, perhaps especially after Tullow Oil’s oil discovery announcement in March 2012.

This development, which can appropriately be described as a modern day mineral rush, behoves regional mining industry players to move with speed to define a sector that will be essential in the march towards middle income status for the region.

The recently concluded Mining Business and Investment Conference organised by the Kenya Chamber of Mines is a commendable step in this process. It provided a formidable platform for investors, government and civil society to meet and discuss, albeit perhaps not yet agree, the East Africa mining agenda for years to come.

In a country such as Kenya, where the mining sector is still in its nascent phase, a critical first step in articulating this legacy will involve information dissemination to the public to ensure that the general public is aware of the operations of the industry. Without a conscious effort to facilitate this information flow, the sector remains a mystery prone to misinterpretation and flawed expectations. This has been the cause of disillusionment with the industry across the world, even resulting in conflict.

For instance, in a new mining market such as Kenya, there is a need to explain the difference between the mineral exploration process and the mining process. Mineral exploration is a process that is undertaken to verify the presence of mineral deposits in a given area as well as determine the extent and commercial viability of those deposits. It is a process that may, with gold for example, take years to complete and is very capital intensive. During the exploration stage, mining companies spend millions of US dollars on the ground for no return. Mining on the other hand involves the extraction of minerals from the ground. The initial development of a mine is also capital intense, usually running into hundreds of millions of US dollars. During production however, there is potential for significant profits. However, only a small number of exploration sites ever become actual mines, which mean that often large foreign and domestic investments will go into rural areas without any value ever being extracted.

Whereas these definitions may seem obvious, failure to clearly distinguish the two, particularly amongst host communities, opens up the possibility for conflict over unmet expectations. Typically, very high expectations of immediate changes in living standards follow commencement of exploration activities. This may be possible where mining is being carried out but is near impossible where mineral exploration is being carried out. Clarity on this, from the outset, is necessary to facilitate smooth relations between companies and host communities. It follows that countries with a record of such smooth relations will attract more investors than those that suffer poor community/mining company relations especially where this is driven by a misinformed general public.

The process of educating the general public calls for a collaborative effort involving all stakeholders in the sector including the executive arm of government, legislators and local leaders, mining companies, civil society and the community.

These stakeholders also need to work closely together in the development of the new mining code as well as in ensuring that it is passed promptly and implemented successfully. The new law needs to strike the fine balance that is ensuring that host communities benefit and that investments in mining are attracted and sustained over time. It is for this reason that the clear royalty regime set in the proposed Geology, Minerals and Mining Bill is welcome, as is the proposed revenue sharing programme, where host communities get 10% of mining royalties, while the county gets 15% and the central government 75%.

Benefits to the community need to go beyond company CSR programmes if a flourishing and sustainable mining sector is to be established in the country. Local ownership requirements need to be approached carefully, with broad consultations, to ensure that they do not deter foreign direct investments and derail endeavours of and achievements to date by Vision 2030. In order to see Kenya emerge as a shining light in the management of mineral wealth, the formulation of the new legislation needs to be inclusive, and the implementation timely and effective.

Further, the geopolitical framework offers Kenya and her neighbours a unique opportunity that may elude their contemporaries. The regional integration efforts currently underway could be extended to the mining sector to create a distinctive competitive advantage for the region. Policy makers should explore developing a legal and policy framework that is common to member states of the East African Community (EAC), Common Market for Eastern and Southern Africa (COMESA) and, perhaps more ambitiously, the larger Tri Partite Free Trade Area (incorporating EAC, COMESA and SADC). This could include incentive schemes on the export and movement, within these regional economic groups, of mining equipment and the development of infrastructure corridors.

We are at an exciting stage in the development of the mining sector in Kenya and the region. The beauty of it is that there is, before significant deposits are unearthed, a chance to put in place an enabling environment for a thriving sector. Kenya will do well to learn from global best practice in the sector. Managed properly, the diverse minerals resources in the country such as titanium, gold, rare earth and niobium, coal, iron ore, manganese, gemstones and limestone can be a key contributor to the country’s GDP. Neighbouring Tanzania, like Ghana, has made tremendous progress in the development of mining policy that safeguards the interests of the country but that also attracts investment. Botswana too has distinguished itself in this regard. It is from such countries that Kenya needs to draw lessons. In doing this, all stakeholders should to work together to ensure that the opportunity that currently presents itself is not missed.

Andrew Bell is the chairman and CEO of Red Rock Resources, the lead investor in exploration venture with Mid Migori Mining Company since 2009. Red Rock Resources is listed on the London Stock Exchange, AIM (LON:RRR).