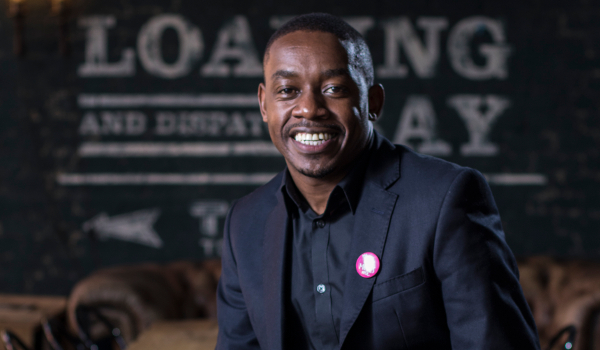 While the creative industry is a vital part of any economy determined to foster growth and innovation, creativity in and of itself is not enough. The creative industry, like any, needs a solid foundation of business skills and access to finance in order to thrive.

This was the motivation behind the HEVA Fund. While running the Nest Collective, a Kenyan platform for creatives to network and collaborate, George Gachara noticed a gap in the creative industry. Businesses in the sector were experiencing stunted growth, either due to limited access to finance, or the lack of a proper understanding of the market.

So, in 2015, Gachara teamed up with local and global investors to set up HEVA, which provides financing to early-stage businesses in the creative industry of up to Ksh.1m (about US$10,000), in the first application, and up to Ksh.10m (about $100,000) in the second application. The funding is repayable through revenue sharing, convertible debt, equity and monthly loan repayments. To date, at least fifteen businesses have benefited from the fund. Eight of these are from the fashion industry and the others from photography, retail and clothing industries.

But commercial banks and other financing providers remain sceptical of the creative sector – despite what Gachara sees as the potential for exponential growth, due to an expanding consumer class, increased household spending, greater financial access and young urban demographics.

According to Gachara, among the reasons that the industry is considered risky are the poor understanding of the creative sector by policy makers, a reluctant commercial sector fixated on real estate, as well as high informality within the creative business landscape. Too often, industry players concentrate on their craft at the expense of developing their businesses and markets.

“Most of the owners of creative business rely on their own savings, ploughed-back profits or informal loans from family, which greatly limits their growth potential,” says Gachara. “From an investor perspective, it is a frustrating experience trying to access the available data on the creative industry in Kenya. This makes it difficult to build a deep understanding of the constraints in the numerous value chains, which makes it harder for the players to develop products targeted at the sector.”

But it’s not just the creatives. Consumers too aren’t educated about the value of creative products, which contributes to a perception that they’re not worth the price.

“The cost of production for most of the players in the industry is higher as they do not have access to economies of scale, and inefficiency costs are high. This makes their products more expensive than imported products, further drawing away the market. This has also led to the perception that Kenyan creatives overprice their products,” he explains.

To mitigate some of the risks associated with early-stage businesses HEVA works only with those that have at least a year’s trading record and it conducts thorough due diligence. In addition, enterprises have to register for copyright and formalise their businesses to qualify.

If HEVA decides to fund an enterprise, it invests in the business in other ways too. “We give them mandatory business advisory services, accounting, marketing and legal support as well as HR consultancy. This helps accelerate growth and shield us from exposure to bad debts. Good due diligence is the security we need to make the investment, says Gachara.

According to Gachara, most of the businesses that HEVA has funded have managed their investments well and have been able to apply for subsequent rounds of funding. Among the most successful ventures in the fashion industry are Katungulu Mwendwa, a clothing and accessory designer who used the funding to open a retail store in one of Kenya’s biggest malls; Republi.ke, a high-end women’s clothing store that stocks various brands; Kawira Mirero, a streetwear label; and APPRELLEDUANY, a handbag brand.

Another highlight for the fund was organising the UNCTAD14 Creative Economy Dialogues on the sidelines of the United Nations Conference for Trade and Development held in Nairobi in July this year. The dialogues brought together banks, exporters, government agencies, donor organisations and creatives to better understand the role that each stakeholder plays in growing the industry.

The fund also plans to expand further into East Africa in the near future.