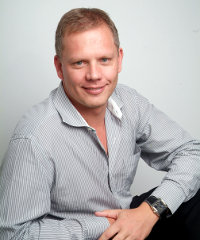 Taylor explained that a major reason behind this is that agriculture in Africa has only recently emerged from being a predominantly donor sector.

He noted that surging food prices also had a positive effect on the development of African agriculture, alongside rising incomes on the continent.

In addition, the growth of large commercial food processing companies is a big driver for the industry. For example, in Nigeria local procurement initiatives have boosted agricultural production.

“The biggest Achilles’ heel for processors is the supply of raw material; for them to get their hands on enough raw material to feed the processing plants. We have seen a number of large processors adopting a local procurement strategy, and it was unbelievable the transformation that resulted in the agricultural sector in Nigeria, because someone like Heineken, Diageo, etc, started to buy locally,” he said.

John Deere is one of the largest manufacturers of agricultural machinery in the world. The company’s sub-Saharan Africa headquarters is situated in Johannesburg, with regional offices in Kenya and Ghana. Its agricultural equipment is sold through independent dealers across 48 African countries.

Taylor sees considerable potential for tractor sales in the emerging contractors market, which consists of tractor owners that are contracted to do work for neighbouring farms.

“Our strategy is not to convince a smallholder to own a tractor, but we would like to be able to facilitate access to equipment for our smallholder farmer, and that is typically through a contractor model. That is a model that we want to push across Africa,” he told How we made it in Africa.

“In my mind, a small farmer would need at least about 50 hectares to justify owning a tractor. Below that it doesn’t make sense [to own one] except if he can follow a contracting model in addition to working his own fields.”

John Deere has also partnered with various banks across the continent to facilitate finance to the end customer. “Access to finance for the SME contractor model across Africa is also a very important offering from our side,” continued Taylor.

“I think in South Africa we were the first agricultural company to offer a capital finance solution. We are leading outside of South Africa with a similar offering with various alliance banks. That offering is on the table – flexible payment terms, very attractive interest rates, and what we try and do is match the repayment structure with the cash flows of the end customer.”

John Deere has identified 18 countries across Africa with the largest growth potential for the company. Along with the usual suspects such as Nigeria, Taylor noted that John Deere’s research revealed the odd surprise from an opportunity perspective, highlighting Niger as an example.