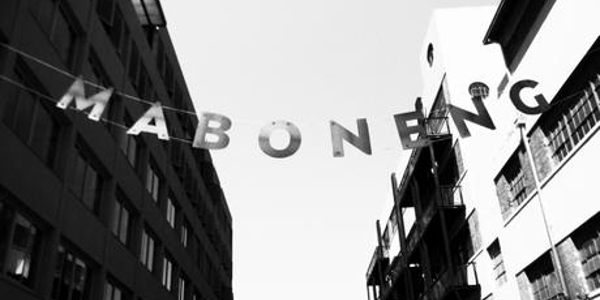 Propertuity is the property development company that is responsible for the creative architecture and designs of the regenerated mixed-use developments of Johannesburg’s Maboneng precinct.

Private investors are breathing life into areas of downtown Johannesburg that have long suffered from a legacy of violence and criminality. The famous Ponte Building marking the Johannesburg skyline was once notorious for grime and squatters. Now there is a waiting list to live there.

Downtown Johannesburg was once the stomping ground for wealthy magnates during the gold rush in the 1880s. But as the city erupted with crime and anti-apartheid violence in the 1970s, the white middle-class scampered to the plush northern suburbs, taking their businesses with them.

Today, private investors are slowly restoring pockets of the city once saddled with a reputation of violence, drug lords and squalor.

CEO Jonathan Liebmann of Propertuity, a commercial development firm, saw potential in Maboneng, an area near the Central Business District (CBD) that was strewn with derelict industrial relics. “It occurred to me that there was something missing in the city,” he said.

“There was no real connection to the CBD.”

His latest endeavor attracted distinguished architect David Adjaye, who redesigned Hallmark House, a 17-story building that once hosted diamond-polishers. Opening less than two months ago, two-thirds of the building has already been sold.

Minimalist open-plan apartments boast impressive views of the city. Penthouses go for around $300,000.

Neal McCarroll, sales manager at Propertuity who also owns an apartment in the precinct, says prices have doubled since 2009.

“When I was younger you just did not come in here, and Johannesburg was like a swear word,” said McCarroll. “Jo’burg has become a very cool city to come to. In terms of investment it is obviously very attractive, but it is drawing the younger, trendier people.”

There is an insatiable demand for housing from low-middle income earners, says urban planner, Tanya Zack.

“It is a segment that is not provided for elsewhere. Generally, that segment falls into what’s called a ‘gap market’, so they do not qualify for government subsidies because they are earning too much, but they also do not earn enough to qualify for bank loans, mortgage finance,” said Zack.

“There has been a huge demand for willing developers to go in and transform buildings and there have been buildings that have sorely needed that kind of transformation.”

Gentrifying inner city areas has met some resistance. Protests erupted in March when poor residents in a decrepit building were evicted to make way for new development. They turned their anger on the Maboneng precinct a few blocks away.

The protests spotlight the inequality in South Africa. Only a few minutes’ walk from the shiny exterior of the art-deco apartments in Maboneng is a hijacked building taken by squatters living in unsanitary conditions and beholden to a slumlord charging extortionate rates.

Its proximity is a stark reminder of the poverty that exists alongside prosperity in one of the world’s most unequal countries.

“Because of the housing squeeze in the rest of the city there is not [enough] accommodation available and people are living in poor conditions in the very same buildings that are the prime target of regeneration,” said Zack.

“What we have failed to do is find a solution on how to accommodate the very poor in the inner-city and it is an incredibly complex conundrum.”

Without a plan of how displaced people can be integrated into formal housing, the drive for regenerating Johannesburg will likely stall, she warns. – VOA