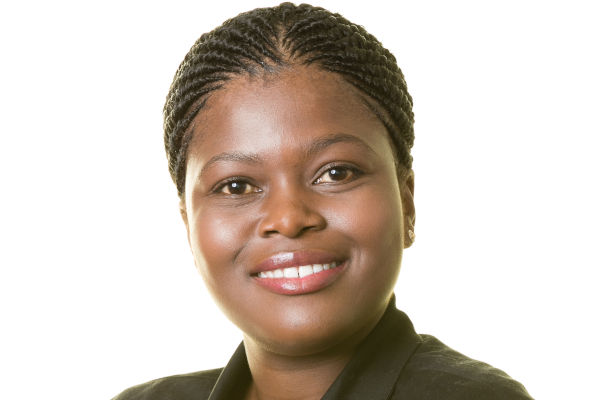 By Itumeleng Mukhovha, an associate in the Corporate/M&A practice at Baker McKenzie in Johannesburg

One can easily assume that international investors are deterred from investing in Africa given the growing need to weather a global financial crisis, which has been distorted by Brexit, rising geopolitical tensions, tightened global liquidity conditions, leveraged loans and sketchy debts that continue to riddle bank systems, idiosyncratic governments and the bond yield curve that is trending toward inversion.

However, this is not the case. Conversely, the global financial crisis and the desperate search for growth, yield and solvency has led investors to pay more attention to emerging markets in Africa, and in particular frontier markets with favourable growth paths, moderate debt levels and high returns on investment.

The stock markets across Africa have reportedly exceeded a market capitalisation of US$100 billion and are substantially larger than those in Central Europe and Russia in the mid-1990s, when they first opened up to foreign investors.

According to the International Monetary Fund, the African markets have been a strong bull run and shown a compound annual growth of 3.5% in 2018 and are projected to pick up to 3.9% in 2019. There are many factors that make the African continent an attractive destination for institutional investors, such as the economic prospects, a favourable demographic profile, high urbanisation and the rise of the African consumer. The acceleration in growth has also been driven by cyclical improvements and supported by favourable regional conditions. These favourable conditions include the restoration of oil production in Algeria, Angola and Nigeria, the improved external financing conditions, the moderate increase in commodity prices, surging foreign direct investments and the narrowing current account deficit in certain jurisdictions. In Ethiopia and Nigeria, this growth has been spurred by partial privatisation of state-owned companies and high commodity prices, respectively.

Contrary to the images that would previously conjure up at the mere mention of Ethiopia, the country has made commendable economic progress in reducing poverty and improving living standards. While the market outlook continues to be somewhat subdued for Ethiopia, due to dynamics that were historically hampered by poor government policies and state-owned monopolies, foreign exchange shortages, and weak prices for traditional exports, Ethiopia has displayed economic growth potential. In the last quarter of 2018, the International Monetary Fund’s World Economic Outlook Report predicted Ethiopia to be the fastest growing frontier economy in Africa with 8.5% growth, thereby far outstripping the growth of advanced economies.

Ethiopia’s economic growth has been driven by an increase in industrial activity and the availability of domestic and foreign investments in certain industries such as infrastructure, manufacturing and telecommunications. The reduction in its current account deficit to 6.4% of the real gross domestic product in 2017/2018, the flexible exchange rate regimes and the various attempts to bring inflation back on target have all supported Ethiopia’s economic growth. In addition, the current Prime Minister’s reform agenda is driven by a strategy to shift the engine of economic activity to private sector development while allowing the public sector to be consolidated into such development.

For instance, the Ethiopian Government has accelerated its efforts to bolster network expansion and improve the hardware capabilities and infrastructure of its state-owned telecommunications company, Ethio Telecom, which boasts over 60 million mobile subscribers and 18 million internet users. To this end, the Ethiopian Government has reportedly opened-up Ethio Telecom’s assets and shares, for acquisition by local and foreign investors as part of a multi-billion dollar investment. This investment is aimed at accelerating fixed broadband and internet penetration and ultimately, fast-tracking the development of Ethio Telecom’s infrastructure. Although the telecommunications monopoly seems to be the main prize, because of its protected market and the absence of competitive broadband services, other major state-owned companies facing partial privatisation in 2019 include Ethiopian Airlines, Ethiopian Shipping and Logistics Services Enterprises and Ethiopian Electric Power.

Turning to Nigeria, the upgraded forecast reflects improved prospects for Africa’s most populous nation and the growth of its real gross domestic product is projected to increase to 2.3% in 2019. Although the sharp recovery of oil prices and various portfolio outflows have provided some relief to Nigeria’s 1.5% annual contraction and technical recession recorded in 2016, the country’s improved economic growth still falls short of the levels seen during the commodity boom of the 2000s. Although crude oil and gas products accounted for over 94.4% of Nigeria’s foreign exchange earnings in 2018, Nigeria is under immense pressure to introduce reform policies in order to adjust to the global pursuit of sustainable energy alternatives, which include solar energy, wind power and geothermal energy. The Nigerian economy’s vast dependence on its crude oil and natural gas resources also makes it vulnerable to oil discoveries in other African countries, the global push towards technologies that promote energy sustainability and fluctuating commodity prices. The extent to which the Nigerian economy moves towards its near-term development aspirations will depend on the success of its import substitution policies, the fast-paced implementation of structural reforms and economic diversification of non-oil economic indicators.

In order to address Nigeria’s economic diversification and growth, the federal government launched the Economic Recovery and Growth Plan (ERGP) in April 2017. The ERGP is a medium term all-round developmental initiative for the period 2017-2020, focused on restoring economic resurgence and building a globally competitive economy. Some of the objectives of the ERGP include stabilising the macro environment, increasing non-oil revenue generated from the agricultural sector, improving transportation infrastructure, driving the industrialisation of small and medium-sized enterprises and ensuring sufficiency in energy and petroleum products.

Although there have been challenges in achieving the ERGP objectives, positive results are already manifesting in key economic indicators. For instance, the Nigerian economy has witnessed an increase in non-oil revenue generated from the agricultural sector, which has reportedly shown a steady growth of 18.58% in the last quarter of 2018 and contributed 14.27% to the nominal gross domestic product. In addition, the ERGP task team has launched a number of agricultural projects such as the commissioning of the West African Cotton Company Limited rice mills in Argungu, Kebbi State, with a production capacity of 120,000 metric tonnes, geared towards enhancing productivity in the agricultural sector. According to the most recent data published by Nigeria’s National Bureau of Statistics, other non-oil sectors that are contributing to Nigeria’s economic growth include trade, telecommunications, mining and quarrying, real estate services, finance and insurance and construction.

Evidently, there is great investment potential across the African continent and the outlook on African countries remains positive despite the reported downgrades for the global economy.