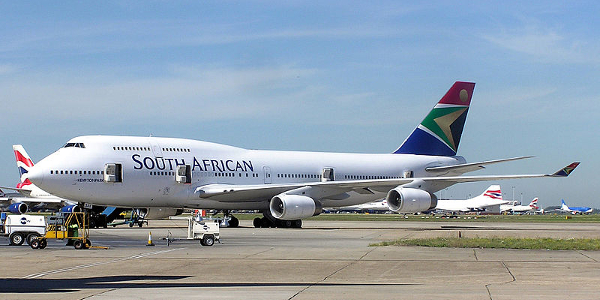 South African Airways has cancelled all domestic, regional, and international flights on November 15 and 16 due to a planned strike. This follows the announcement that the embattled state-owned airline could cut almost 20% of its 5,149 strong workforce, part of a restructuring plan aimed at saving the debt-laden carrier.

The company has warned that there may be “no recovery” from the strike.

The standoff throws into sharp relief the question of what to do with the airline. It hasn’t made a profit since 2011, and years of government bailouts have failed to turn the company around.

Its woes are part of South Africa’s wider problem of mismanaged state-owned enterprises, which have become a major drag on its already sluggish economy.

This has led to calls for South African Airways to be closed down, including from finance minister Tito Mboweni.

Drastic, but it’s hard to see how the airline plans to survive in an increasingly competitive landscape dominated by international carriers – which account for 80% of traffic on the continent – and regional giant Ethiopian Airlines. The $47 million it hopes to save from the job cuts are a proverbial drop in the ocean.

What’s clear is that kicking the can down the road is no longer an option for the government.

Kenya’s finance ministry is reportedly seeking parliamentary approval for an $844 million increase in the 2019/20 budget, reversing a September pledge to cut spending by 2.1%, to help fund infrastructure projects. Kenya is facing a fiscal squeeze amid rising debt. More: Daily Nation

Ethiopia’s government is to charge 45 people in connection with an alleged coup attempt in its Amhara region in June that left several officials dead, including the country’s army chief of staff. Regional tensions have intensified in the country, where radical reforms under prime minister Abiy Ahmed have shaken the status quo. More: Bloomberg

The US has said it is reviewing its ties with Sudan Sudan following the announcement of a delay in forming a unity government, as agreed in a peace deal in 2018, to end years of civil conflict. The oil-rich country has struggled to maintain stability since declaring independence from Sudan in 2011. More: Bloomberg

A joint venture between Guinea’s Societe Miniere de Boke (SMB) and Singapore’s Winning International Group, with backing from China, has secured the rights to develop Guinea’s Simandou iron ore deposit, one of the world’s biggest untapped reserves. Estimated to contain 2 billion tonnes, development has been bogged down by legal disputes and high costs. More: MINING.com