South Africa, with its world-class banking system and good infrastructure, has traditionally been seen as the gateway to Africa – a base that foreign companies can use to grow their operations into the rest of the continent. 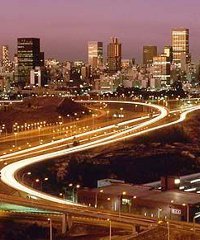 South Africa is no longer the only access point to sub-Saharan Africa.

In a recent article, Jacqueline Chimhanzi, Africa Lead for Deloitte Consulting, asks the question whether South Africa is still the gateway to Africa, or if it is simply being bypassed?

“Sometimes in life, a phrase is bandied around so much until it becomes ‘truth’. One such ‘truth’ is the commonly used phrase ‘South Africa is the gateway to Africa’ and interchangeably, ‘South Africa is a springboard into the rest of the continent’ … On closer examination of the facts, this ‘truth’ does not hold water and quickly unravels,” says Chimhanzi.

She says that many South Africans make a mistake by assuming foreign investors will choose South Africa as an entry point for all investments on the continent.

According to Chimhanzi, many investments are flowing directly into other African countries as many of these markets have higher GDP growth rates than South Africa. She uses the example of Nigeria, which attracted investment of US$11 billion in 2010 compared to South Africa’s $1.6 billion.

“This trend is set to continue into the foreseeable future. A recent forecast by The Economist of the 10 fastest growing economies in the world (2011-2015) features seven African countries: Nigeria, Ethiopia, Mozambique, Zambia, Tanzania, Congo and Ghana, with the latter growing at 11% conservatively and up to 14.2%, depending on the source,” notes Chimhanzi.

Some, however, still see South Africa as an excellent gateway into the rest of the continent. During a recent press briefing in Cape Town, Michael Lalor, director of Ernst & Young’s Africa Business Centre, said that “South Africa is uniquely well positioned because it has many of the characteristics of a developed economy – for example, a strong services-based economy, a relatively large domestic economy, strong financial framework and a robust democracy … In many ways, this makes [South Africa] an ideal entry point for foreign investors, particularly those that are still not certain about the continent.”

In fact, when benchmarked against other rapid-growth markets, Lalor argued, South Africa is virtually without peer as an investment destination, both in its own right and as a platform for expansion into Africa.

South Africa could also play an important role as a source of capital for other, faster growing African economies. “Unlike any of the traditional or indeed new sources of capital, South Africa has a vested interest in Africa’s success, and so is much more likely to take a long-term view,” explained Lalor.

Chimhanzi says South African companies could face the risk of becoming complacent when it comes to aggressively taking advantage of opportunities in the rest of Africa due to the belief that as the ‘gateway’ they will be approached as a channel into the continent.

She notes that because of increasing competition in Africa, many of the most lucrative opportunities are fast disappearing. “There is a hive of economic activity taking place on the continent being driven by a plethora of different stakeholders: private equity players, agriculture funds, investment banks, corporates, sovereign wealth funds, infrastructure funds and last, but not least, bilaterals being signed between the Chinese government and its African counterparts.”

South African companies also face strong competition from a growing breed of African firms that are quietly but confidently expanding outwards of their home markets. Examples are cement producer Dangote (Nigeria); oil & gas firm Oando (Nigeria); and banking groups Ecobank (Togo) and UBA (Nigeria); among others. A number of Kenyan supermarket chains, such as Nakumatt and Uchumi, are also eyeing expansion opportunities.