While South Africa might be the largest economy in Africa (at least until Nigeria changes the base year for its GDP calculations), it is not necessarily the economy some multinationals are most interested in targeting when it comes to tapping into the Africa growth story. 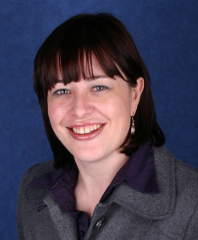 However, South Africa has historically been considered, and used, as the gateway into Africa and – according to Lullu Krugel, senior economist and associate director for KPMG – remains so today.

“It’s still by far the most important market that most companies look at when they want to enter Africa and quite a few multinationals already have their African head offices… here in South Africa. So we still see a lot of them using the country as a base to expand,” Krugel told How we made it in Africa.

South Africa is still superior in terms of infrastructure and has many business support services. While Nigeria might be the market a particular company wants to target, its unreliable power supply and high rental costs, for example, can make operating African head offices both expensive and difficult.

“Then other things that are important are what extent your right as an investor is being protected in a particular country and the structure of the financial services, if you need to make payments to foreign entities and so on,” continued Krugel. “And specifically if you look at the financial services industry, South Africa ranks among the top in the world. So that definitely does count.”

However, many of the first mover opportunities exist north of the South African border, especially within the consumer market.

“I think in terms of a market for growth, maybe South Africa is not a top destinations for companies that are looking at where they want to do their business or do their sales. But as a starting point to get into the rest of Africa, it’s still pretty well positioned I think,” she added.

Nevertheless, Krugel said many companies are looking more at entering Africa through regional hubs, such as entering East Africa through Kenya and West Africa through Nigeria. She added that entering certain markets defined by a common language – such as English, French and Portuguese-speaking countries – can also determine the country.

“Companies understand that there are specific trends and happenings in regions and that it is sometimes easier for them to access a particular market from a particular region… There is definitely a little bit of a shift in terms of South Africa not necessarily being the immediate starting point for some companies,” Krugel noted.

Other than Kenya, Krugel said KPMG often advises clients to look at countries such as Ethiopia and Uganda. Rwanda is also a noteworthy market. Towards the end of last year the World Bank and IFC released the 2014 global Doing Business report that showed Rwanda had sprung up 22 places since the previous year, now at 32nd place in the world in terms of overall ease of doing business.

In terms of entering West Africa, Krugel said Nigeria is not the only option, and is often overlooked for Ghana, which could be considered a slightly easier entry point.

She added that, other than South Africa, Mozambique and Angola might also be considered good bases from which to tap into the southern Africa region.

Sector and infrastructure a factor

Deciding which country to first enter Africa can also depend on the sector to which a company belongs and the type of infrastructure it needs. In terms of the financial services sector for example, Krugel said companies might overlook South Africa for Mauritius as a hub.

Krugel’s advice is to weigh up a number of factors, such as proximity to market (and the cost of moving goods around Africa), potential growth rates, potential costs (such as business tax implications) and risk and security.

Tell us whether you think South Africa is still the springboard into the rest of the continent and what other markets might offer as gateway hubs. Share your thoughts with How we made it in Africa below.