East Africa is increasingly emerging as an attractive investment destination partly because of the economic integration of five states bringing together more than 130m people, vast amounts of natural resources and agricultural land. 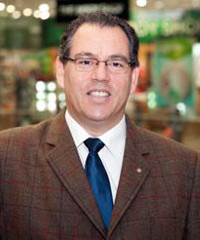 The East Africa Community (EAC), a federation of Kenya, Uganda, Tanzania, Rwanda and Burundi, has eased the movement of goods and people across the region and enabled companies to expand beyond national borders.

However, companies moving into the region are urged not to view the five countries as an “amorphous market”.

Jonathan Yach, CEO of commercial property management company Broll East Africa, says EAC member states are aligned in regards to trade but each country is different from the next, necessitating an understanding of each country’s economic and legal framework.

“East Africa is not an amorphous market. It is made up of singular countries. Every country in this region has a different business culture which has to be celebrated and understood. For some investors the business culture may make it easier for investment and for others it might not.”

Yach tells How we made it in Africa that Broll’s expansion to East Africa was inspired by the economic growth in the region, an increasing number of multinationals setting up shop and a well performing real estate industry.

“The interesting thing is that we are seeing [up to] 9% growth across the region… and the reason for that is that governments have aligned themselves to economic growth, infrastructure development and resource exploitation, all of which are good for real estate.”

He explains that most of Broll’s international non-regional investors are also keen to expand to East Africa and are seeking offices in leading cities.

“We have been guiding our clients that the capital of Africa will be Nairobi,” says Yach. “When we look at the growth and the basics in any economy we think East Africa is more elegantly poised for growth… than other regions. If an international blue chip tenant was looking for a head office we wouldn’t be saying it was in Johannesburg, we would be saying it is in Nairobi.”

Yach adds that primary cities hold immense potential for Broll and its clients. In most cities in the region massive construction projects are in progress to meet the demand for commercial, residential and retail space.

“This is a very notable economy because unlike anywhere else in the world, for example in South Africa, in Australia or in America, the concept where one city dominates the economy doesn’t apply there. But here Kampala, Kigali, Dar es Salaam and more particularly Nairobi are the most dominant economic hubs in their respective countries. So we have orientated our business around those cities.”

However, Yach warns that each country in the region has its own challenges and investors should not expect an easy ride.

“There are a number of challenges and traffic is one of them, but I suppose everything is relative. If you have ever been to Kampala you will know that within 4km of the CBD you have a traffic crunch. In Rwanda I don’t believe they have ever had traffic [and] that country for me is the Switzerland of Africa. It is beautiful and the roads are magnificent, but they drive on the wrong side of the road as far as I am concerned. In Nairobi… it is a nightmare but if you have been to Lagos or Bangalore (India) you will learn that you should not complain about things which you have no control over.”