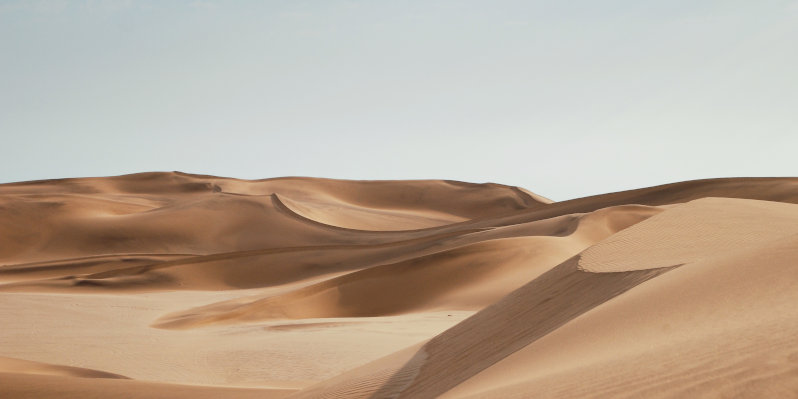 Namibia is the easiest of our investable countries to visit from our base in Cape Town. It’s a quick two-hour direct flight to the capital city Windhoek. It has around 200,000 people of Namibia’s total population of just more than 2 million. It’s also probably the hilliest city we visit on the continent, and the country with the highest sand dunes (some more than 300m) in the world. Being one of the most sparsely populated countries, it offers some real ‘big sky country’ scenery. Given the enormous amount of space available, it really is strange that the main international airport was built so far from the city. Still, the long drive into the city does offer some game viewing benefits. We saw baboons and many antelope as we made our way. Windhoek is a great city to visit, affordable, with great food – particularly if you are into meat.

We arrived amidst a major political scandal during the week of the general elections, that has become known as the ‘fish rot files’. Fishing, agriculture and mining (diamonds and uranium in particular) form the backbone of this small economy. The fish rot files were leaked by Wikipedia showing that senior politicians were taking bribes from Iceland’s Samherji (one of Iceland’s largest fishing businesses). A few high-profile arrests followed including bankers. People we met said the fish rot leaks may impact the election results, but the incumbent and the ruling party since independence still won. Saying this, SWAPO did have its worst showing since independence with support dropping from 80% to 65%.

The economy has been going through difficult times, practically in recession since 2017. With its main trading partners Angola and South Africa also struggling, coupled with the unfavourable local weather rain patterns, the country has been experiencing severe drought, said to be the worst in 90 years. The local brewer, Namibian Breweries, has for some time been focusing on water reduction and was at one stage having to truck water in to make beer. Most of Windhoek’s water is sourced from underground aquifers. The capital receives less than 400mm of rain annually but the high temperatures lead to fast evaporation.

The Namibian dollar is pegged to South Africa’s rand, and as such, interest rates generally follow those of South Africa. There was some talk in late 2018 of the peg being abandoned, but the authorities including President Geingob quickly squashed the idea.

The Namibian Stock Exchange is mostly illiquid, trading about US$1 million per day. It has just over 30 listings, of which 10 are local Namibian businesses, the balance being dual-listing South African companies and some global mining companies. The local pension funds have high local content requirements, so the local listings tend to have good support. Since our previous visit there have been two new listings. South Africa’s Stanbic has listed its Namibian subsidiary, so now three of the four largest banks are on the exchange. In addition, a local internet and data warehousing business called Paratus listed on the exchange.

The fund’s only exposure is to Namibian Breweries. Its main beer markets are Namibia and South Africa. In South Africa it has a 25:75 joint venture with Heineken. Interestingly, its next largest export market is Tanzania, not a market I would have suspected, given that it doesn’t neighbour either South Africa or Namibia. After many years of incurring losses, Nambrew’s South African operation has now started to contribute positively.

It seems that South African Breweries has lost focus under ABInbev ownership and allowed the Namibian Breweries-Heineken joint venture to gain traction. The strong earnings growth has resulted in good share price performance. The company has even been able to pay special dividends in the last two years. New management was appointed in 2019 and is looking at some new opportunities. The previous chief executive and financial director have been redeployed within Nambrew’s holding company Olthaver and List Group (O&H).

Notably, our parent company Old Mutual is a shareholder in O&H. Many years ago, O&H got into difficulty and was unable to service some loans to Old Mutual. Old Mutual ended up doing a debt-for-equity swap. This is fortunate for our team, as we always get to meet with Namibia’s largest conglomerate and gain broader insights into the local economy. O&H has exposure to real estate, tourism, fishing, beer, retail, dairy, energy and even IT. O&H (which is not listed) and Nambrew deserve an ESG mention where few of the African exchanges we invest on have any ESG reporting requirements. Both O&H and Nambrew produce world-class investor reports.

The local banks are having a tougher time than the brewer. The weak economy has put pressure on house prices, leading to increased non-performing loans. At the same time, regulation is pushing up local content requirements. So, the banks are having to perform more services locally (such as clearing and switching) rather than being able to outsource.

A positive catalyst for the Namibian economy does not seem near term. Since valuations are not particularly attractive now, we will not be adding any new positions. But, if you asked if I am happy to add Namibia to my holiday list for 2020, that answer is a definite yes. Bring on August! Namibia is very traveller focused but when we said we needed to check out of the hotel by 6am, the hotel told us not to worry, we could get our hotel breakfast at the airport restaurant. This was certainly a first for me.