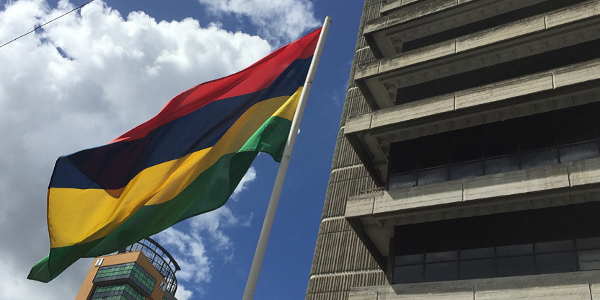 Below is a trip note published by Old Mutual Investment Group following a visit by its Equities team to Mauritius.

Given that we spend a large part of the year travelling across the main continent of Africa, I was surprised that Mauritius taught me about a new political risk. A large listed insurer explained that, unlike its predecessor, the new government was not focused on traffic law enforcement. The consequence of this is that local road users are driving faster, leading to more collisions and therefore more claims. Not what an insurer wants.

Before hearing about the island’s aspiring Lewis Hamiltons and Sebastian Vettels, my colleague, Randolph Oosthuizen, and I had decided to hire a car for our visit. After sorting out the paperwork, the car rental agent handed us a piece of chalk. He explained that if we have a collision, we should just mark the incident out on the road and then get going. I have hired a lot of cars in my time and this advice was a first. Fortunately, no chalk was required.

Mauritius has the smallest population of all the countries in which we invest, with around 1.4 million people (plus another one million or so tourists a year). Interestingly, while the mainland is only around 65km long and 45km wide, it also includes a number of islands scattered around the Indian Ocean. When the maritime borders are included (so adding 200km off each coast), the land constituting the main island makes up just 1% of its total size.

Mauritius was originally colonised by the Dutch and was named after Prince Maurice of the Dutch Republic. In the 1700s, the French took control, followed by the British in the 1800s. This year marks the 50-year anniversary of Mauritian independence in 1968.

Sugar was the industry that originally got the Mauritian economy going. Later, textiles and tourism were introduced. More recently, the country has developed a global business industry. This industry offers financial administration for global businesses but, more importantly, tax saving opportunities (competing with the likes of Dubai, Singapore, Jersey and the British Virgin Isles). Around 90% of Mauritius’s global business customers are foreigners investing into India. However, in 2017 it was announced that the double tax agreement (DTA) between Mauritius and India was being withdrawn and no new businesses can make use of the tax benefits. As such, Mauritius is looking to develop new industries. Incentives are being established to encourage education, healthcare, the film industry and regional financial services. We met with the Government of Mauritius’s Board of Investment, who explained that if, for instance, a movie is filmed there, the company can claim back 40% of the expenses from the Mauritian government.

Besides the beaches, sun and friendly people, we really enjoy visiting Mauritius because most of the company meetings are within walking distance of each other in the capital Port Louis. The largest companies listed on the Stock Exchange of Mauritius are the two local banks and a number of holding companies involved in the main Mauritian industries of financial services, sugar production and hospitality. Generally, the sugar divisions of these holdings are loss making. Slowly, the sugar farms are being converted for other real estate uses, such as commercial property, private homes or hotels.

The Old Mutual African Frontiers strategy has exposure to the two local banks, due to their relatively solid earnings growth profiles and attractive dividend yields. We have avoided investing in the holding companies, as a large part of their value is the loss-making sugar land. In most years, these companies inflate their earnings by writing up the value of this land. While these land revaluations may actually be reflective of market conditions, I am not comfortable with valuing what is effectively raw land and the margin of safety just isn’t wide enough. Furthermore, some of the holding companies have been operating for more than 100 years and the organograms look like spider webs with cross-holding and minority shareholders at every intersection. Our experience is that old holding companies that have made very few disposals over time are typically not good allocators of capital.

For now we are comfortable with the local Mauritian banks in the portfolio. In the short term, they should get a small tailwind from the infrastructure works currently underway. These are the metro rail project that will connect the larger towns and the roads development projects aimed at traffic decongestion. These projects will ultimately mean the economy can grow a little faster over the next two or three years… and will free up the highways for racing cars.

Mark Twain wrote in his book Following the Equator in 1897, “From one citizen you gather the idea that Mauritius was made first, and then heaven; and that heaven was copied after Mauritius.”

I almost ended up staying in Mauritius as I lost my passport on the trip, but South Africa let me back in.