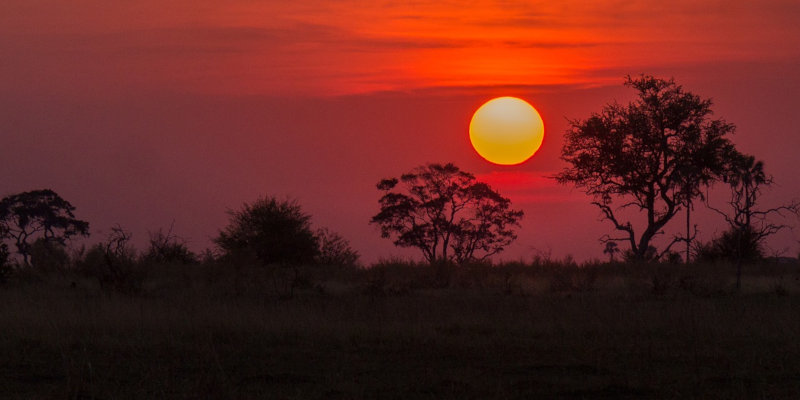 Botswana’s economy is testament to its reputation of being one of Africa’s best managed countries. Being in the heart of Southern Africa means it’s landlocked, surrounded by rocks and hard places. All its neighbours are struggling to get economic growth into positive territory. South Africa is under pressure after years of underinvestment, Namibia is over-indebted, Zimbabwe’s issues are wide and Zambia is struggling with currency shortages and doubt over its ability to service its growing debt.

Furthermore, diamond production that has made Botswana a success and one of Africa’s highest GDP per capita countries ($18 000, similar to Poland and Hungary) has been relatively stagnant since the global financial crisis of 2008. So, achieving economic growth around 4% is very encouraging, considering the fact that neighbouring countries are not providing much of a trade boost.

Greenest we have seen it

In Botswana, we only visited the capital city of Gaberone on this trip, but it was looking the greenest of all our visits to the country. The Gaberone Dam, which was nearly empty about three years back, was at 60% – an encouraging level at the early part of the rainy season. The good rainfall should be supportive of a good agricultural year.

Like Namibia, Botswana has one of the lowest population densities in the world. It’s 2 million people inhabit an area around the size of France or Ukraine. And like Namibia, it’s also mostly desert. The Botswana Stock Exchange (BSE) has 36 listings, of which 25 are considered local listings. I enjoy watching athletics and Botswana’s athletes’ sweet spot is the distances between those dominated by the Jamaican sprinters and the Kenyan middle-distance athletes. Botswana has a few champion 400m and 800m runners such as Nijel Amos, Isaac Makwala and Amantle Montse. Watch out for their distinctive light blue kit.

Choppy waters on the BSE

The country was embarrassed by the suspension of listed food retailer Choppies in November 2018. Choppies was suspended from the BSE (as well as its dual listing on the Johannesburg Stock Exchange) after failing to meet the results publishing deadline. In the process, it fired its auditors. Subsequently, the board suspended the chief executive officer (CEO) following the announcement of legal and forensic investigations. On the surface, from a customer’s perspective, Choppies appeared attractive. The stores were clean, light, airy and offered customers good prices. Official information is slowly being released but it seems that behind the scenes there were related-party transactions (CEO owned stores and suppliers), stock pricing issues, poor acquisitions, too much borrowing and minority shareholder arguments, amongst others.

On the face of it the stock exchange had a difficult 2019. The MSCI African country indices show that Botswana was the worst performer, down more than 50%. It should be noted that the MSCI Botswana Index consists of just one company, a non-bank (well mostly) lender called Letshego. Letshego began as a payroll deduction lender in Botswana and has since expanded to several African countries such as Mozambique, Kenya, Ghana, Namibia and even Nigeria. Returns have been going backwards as regulations have been tightening, competition has been increasing and expansions have not delivered the same returns as in Botswana. The company is currently without a full-time CEO, a head of risk or a financial director, so its prospects probably remain restrained in the short term.

Botswana was one of the first countries that was added to the fund when the current fund management team was established in 2012. Fortunately, these exposures have delivered better returns than Choppies and Letshego. Initially, the fund bought into Botswana Insurance (one of the largest shareholders in Letshego) and Sechaba, the local beer and soft drinks bottler. A few years back, Botswana Insurance was switched into FNB Botswana, one of the largest banks in the country. FNB Botswana was one of the most profitable banks in Africa with ROEs reaching 50%. The high returns were due to the low-cost base but the company has since had to spend on new IT systems, leading to a rise in costs. The returns have now stabilised just above 20%, a level from which we feel it will be able to gradually improve. In the same week, we also met with FNB Namibia (also a listed subsidiary of South Africa’s First Rand Group). These two banks are the first banks where we have been told about the employment of robots. Interestingly, robots are considered employees, and are actually given employee numbers to allow them to log on to the system. Robots of course don’t need leave, increases, and can work 24 hours a day.

Sechaba has gone through a difficult few operating years, and more recently gone through some shareholding restructuring. Originally, Sechaba was controlled by beer maker SABMiller, who was also the major Coke bottler in Southern Africa. ABInbev (owner of the Budweiser brand) has historically had a strong relationship with Pepsi, so after ABInbev acquired SABMiller, Coke decided to terminate its Coke bottling licences held by SABMiller in Africa. The divorce processes in each operating country (and in particular Botswana) have dragged on because of minority shareholders and the practicality of trying to separate beer from soft drinks in countries where production might have actually been in the same factory and where distribution of beer and soft drinks may have actually been on the same truck. Following protracted negotiations, Sechaba has ended up with a 49% stake in the beer business (called Kalagadi) and 49% in the Botswana Coke Bottler (with Coca-Cola taking 51%). So, with the ownership uncertainty now out the way, the beer business in particular can start benefiting from some the regulation relaxation that has started under President Masisi, who came into office last year. Under previous President Khama, beer taxes were regularly hiked and trading restrictions for times and locations were introduced.

One of the most fascinating companies listed in Botswana is called Funeral Services Group (FSG). With Botswana taking a top five global position in HIV prevalence (more than 20%), the prospects were looking optimistic for FSG’s business. On the other hand, the free distribution of anti-retroviral drugs in Botswana contributes to improving health efforts for its people. FSG is unfortunately too small and illiquid for our fund to get a meaningful position in, but we remain confident that the two investments in Botswana will deliver favourable returns.

There was some positive energy in the country that newly elected President Masisi was taking smart decisions to improve the situation. I take further confidence that one of my best friends has recently taken up a position as mine manager at Botswana’s largest diamond mine. This is positive for both Sechaba’s volumes and the country’s diamond production.